FITZPATRICK
FF
Back to Cooper Jacoby

Absorption is the displacement of a surplus into a porous body, either by accident or design.

They rattle around in packets at the bottom of vitamin bottles, are wedged in the pneumatic joints of satellites, and sometimes end up in children’s stomachs. They’re thirsty. They gradually draw smells out of the air, siphon moisture off the tongue, and drain condensation from a lens. Trapping contaminants in their surfaces, silica beads preserve a dry inertia by sucking the wet, excess life out of goods.

Absorption is the breaching of one material into another.

Beekeepers in New York City could not figure out why their honey had fouled to a sweet, metallic flavor as it oozed out of their hives a radiant, Robitussin red. An investigation found that the bees were gorging on the runoff of a nearby maraschino cherry factory, where Red-40 dyed high fructose corn syrup had been dumped. Passing between the mouths of the hive, the contaminant in question had collectively metabolized into honey. While examining the Red-40 spill, the investigation took a turn, revealing New York City’s largest marijuana farm, bunkered beneath the factory floor. 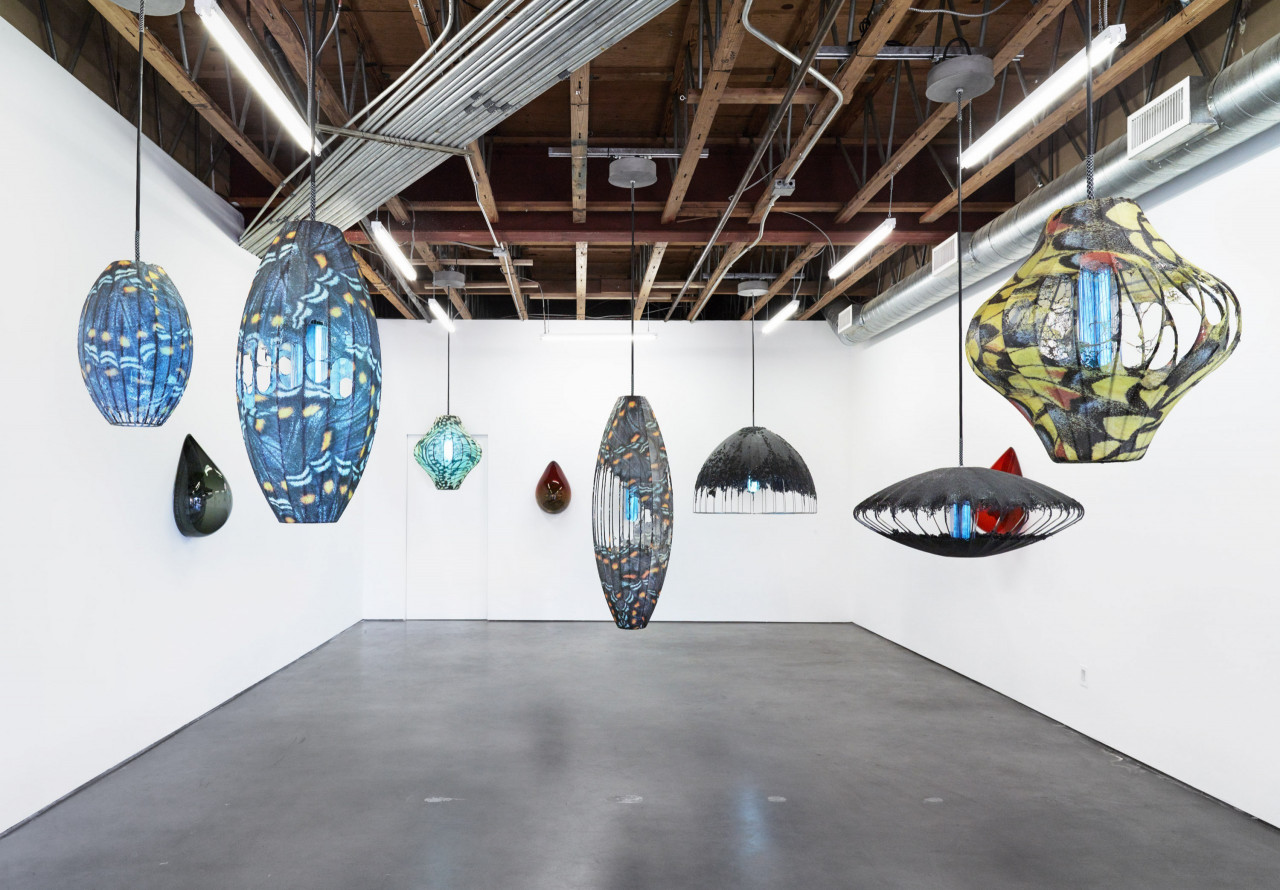 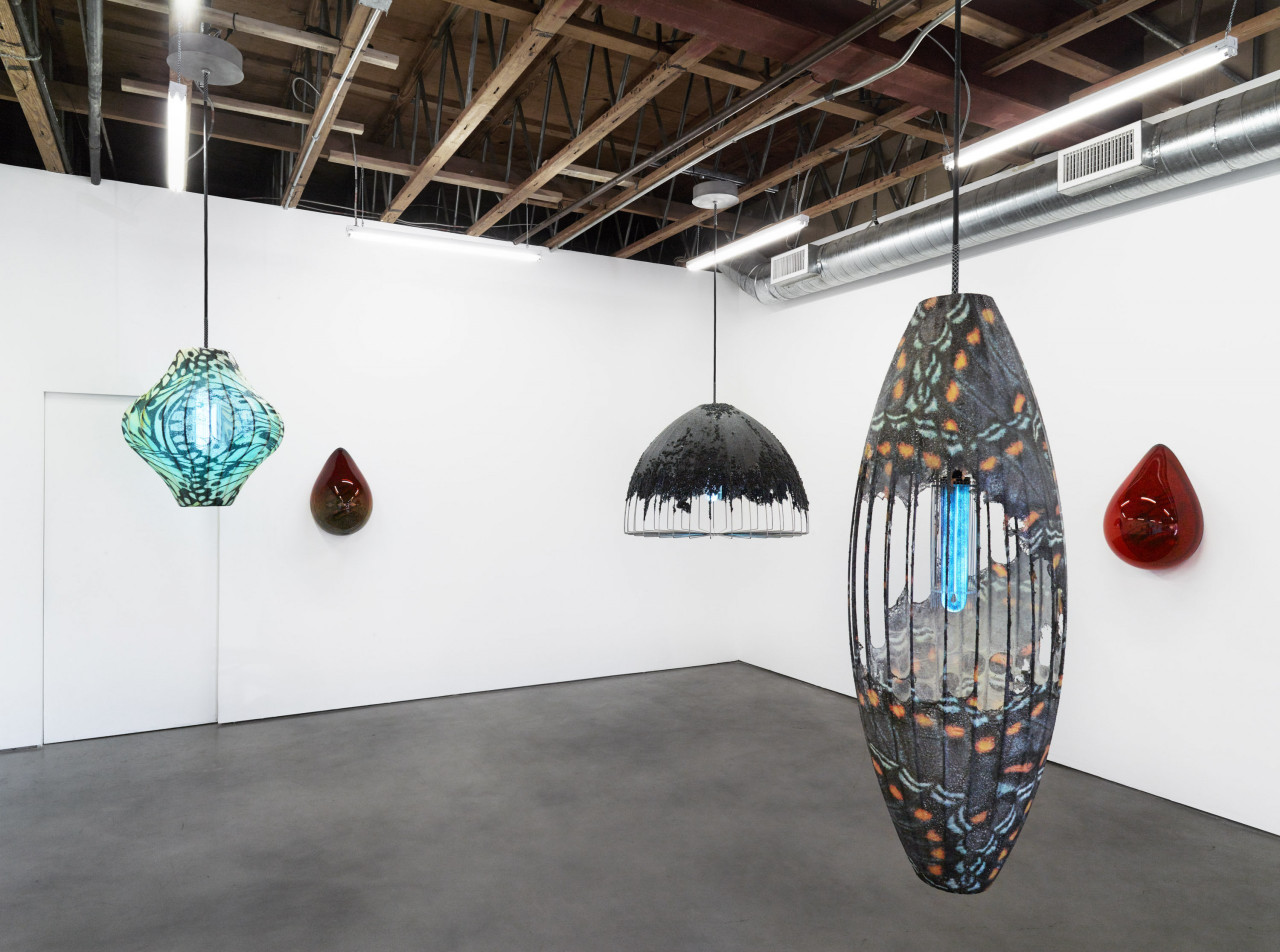 Unlike absorption, adsorption never passes the threshold. Rather than saturating a substance, adsorption is the adhesion of a liquid to its surface, a new skin clinging to an existing one, a reversible bond.

To prevent light and corrosion from gnawing away at its dormant arsenal after WWII, the U.S. military funded a chemical company to develop a completely impermeable vinyl coating – Cocoon. It was engineered to be sprayed over and envelop equipment, thereby “mothballing” it for the future. Cocoon’s cobweb-like filaments contour over any surface, thickening into a flexible, weatherproof membrane that hermetically seals the contents inside. Envisioned as a form of suspended animation, this plastic resists the eroding forces of the outside. That ceaseless warp and rust. It advertises that old fighter planes can pick up where they left off after the vinyl is peeled off.

Adsorption can often be mistaken for absorption in instances where a thin film passes for a full volume. Camouflage greases this slippage between dimensions, smoothing figure into background, flattening eyes into mud.

Many species mimic a toxic or more dangerous species by assimilating its traits – a sheep-in-wolf’s-clothes poser. However, there are certain varieties of moths which take this approach to a paranoid extreme. Hedging against all foreseeables, their wings are an overloaded pastiche of their predators: fangs, frog eyes, snake heads. It has been demonstrated that, when isolated, the fragmentary images embedded in the moth’s wings fail to deter predators on their own. But with their images combined, the incoherence of these chimerical parts confuses the moth’s hungry observer and foils identification long enough for it to slip away. To repel its predators, the prey adsorbs them en masse, flattening teeth into its armor, its protective seal. 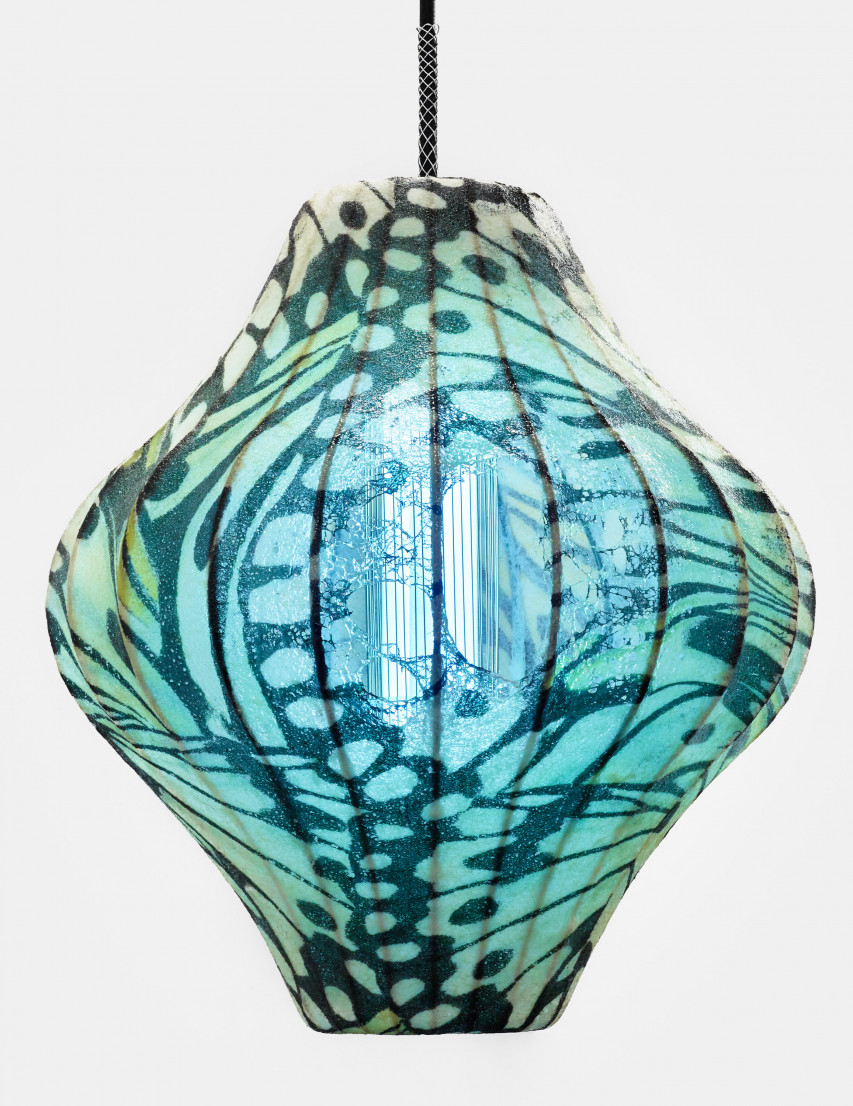 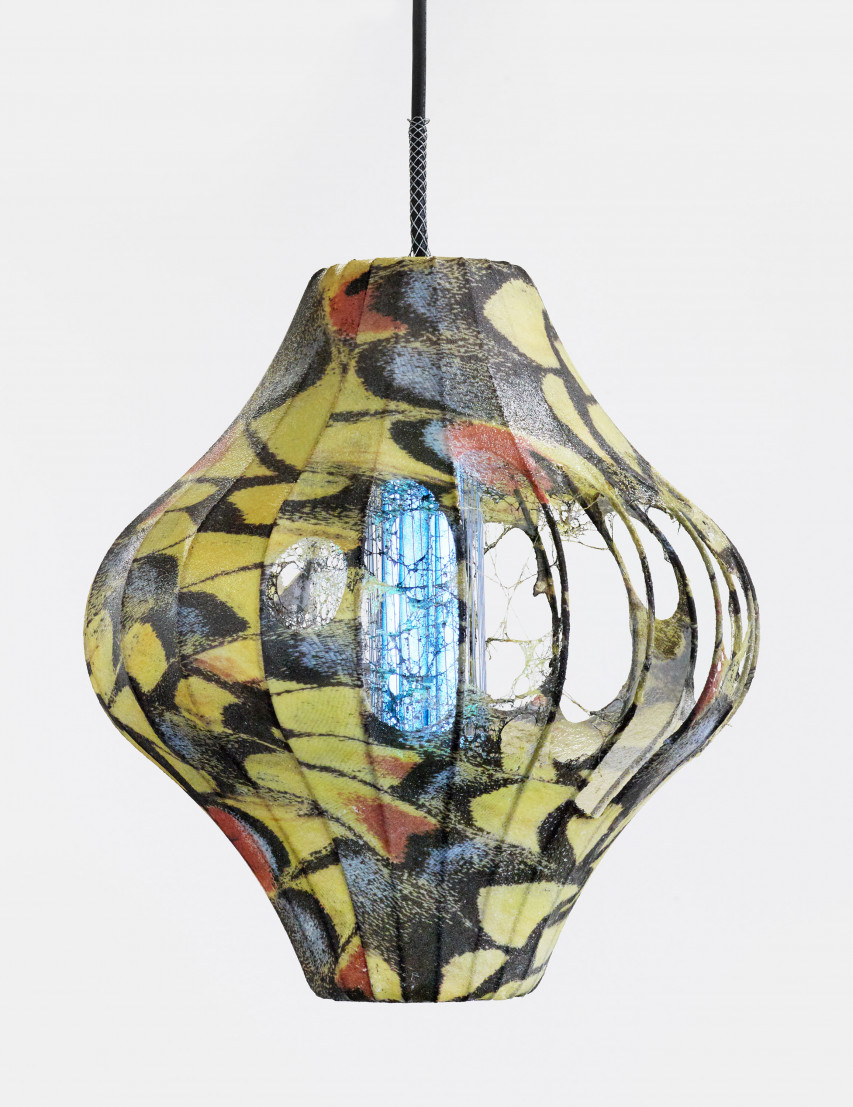 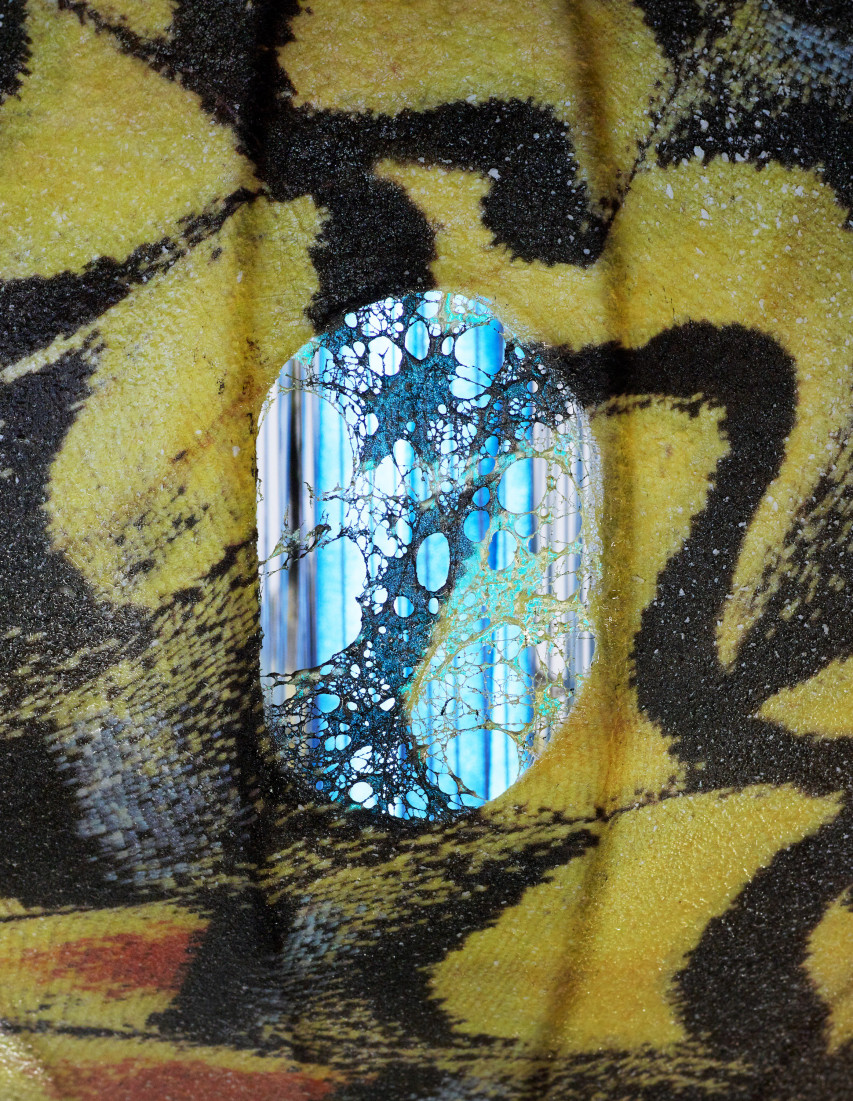 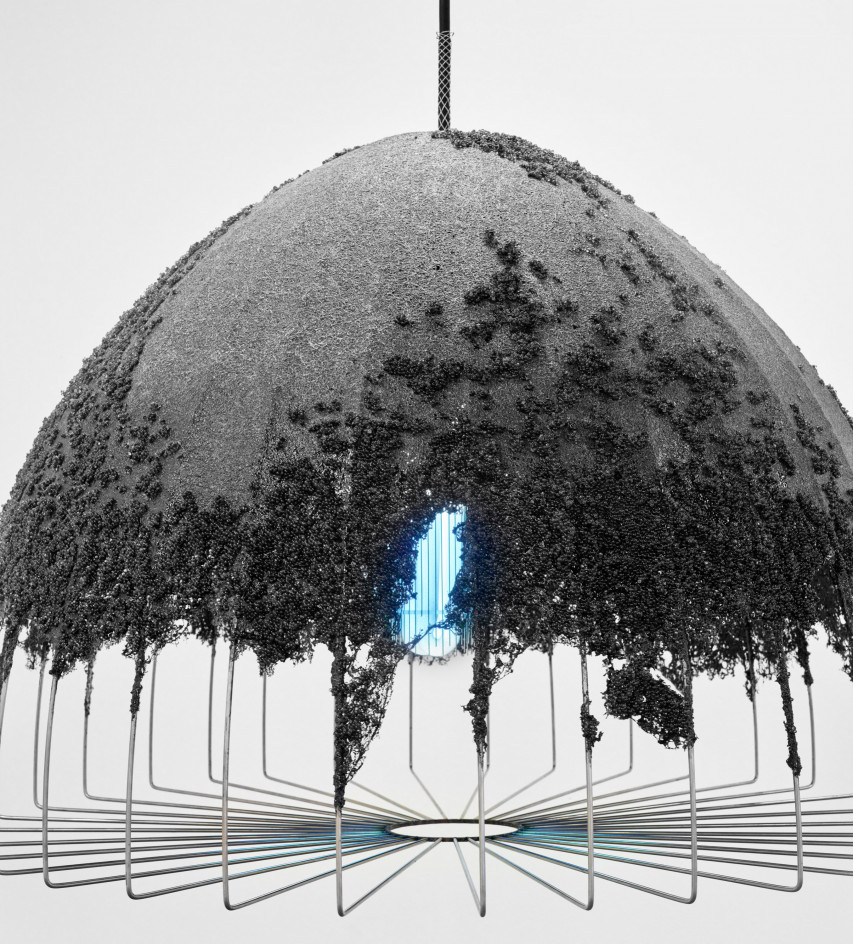 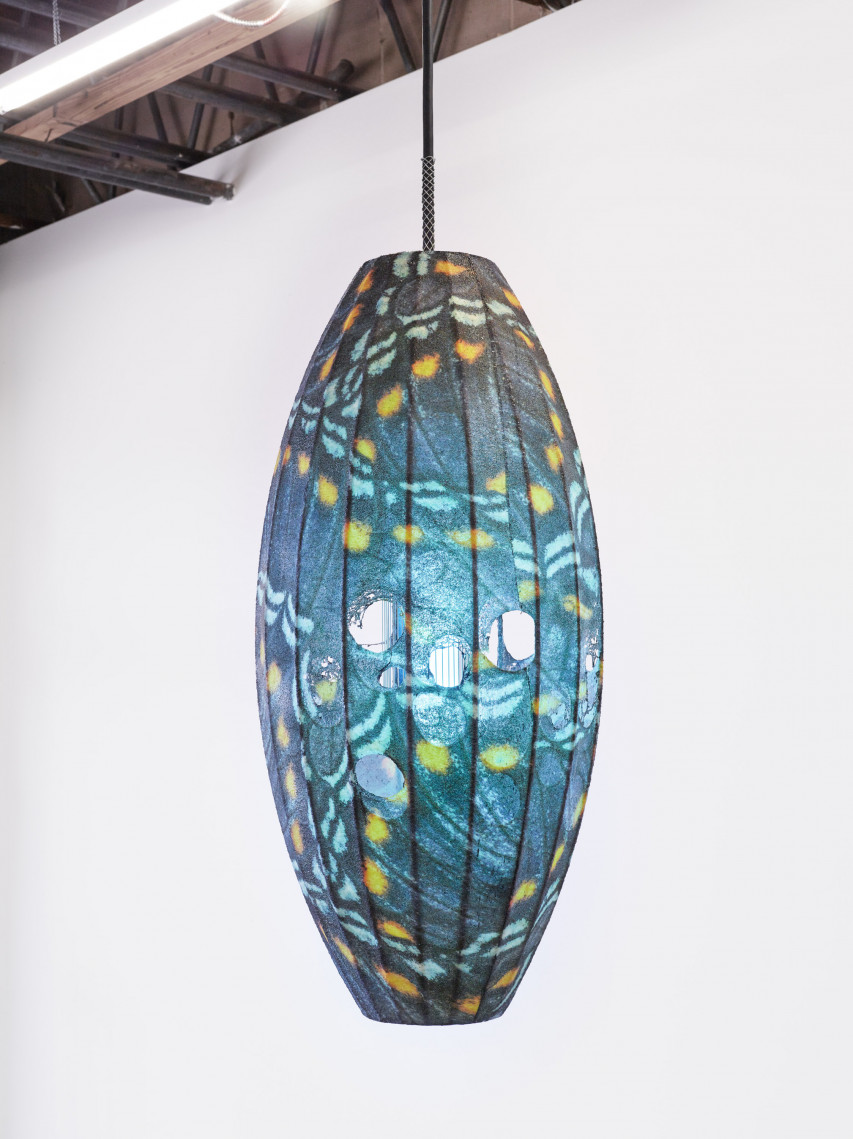 Absorption can be a blunt instrument.

Ultraviolet light permeates the body’s tissue but not its vision, as the human eye only registers the blue end of the spectrum. As an attractant for many other taxa, UV light cues what to hunt, mate and evade. While the complexities of this behavior are little understood, they have been crudely weaponized: before reaching the fluorescent blue promise of a meal, the hunter turns prey, ensnared by a bottomless, electric mouth. 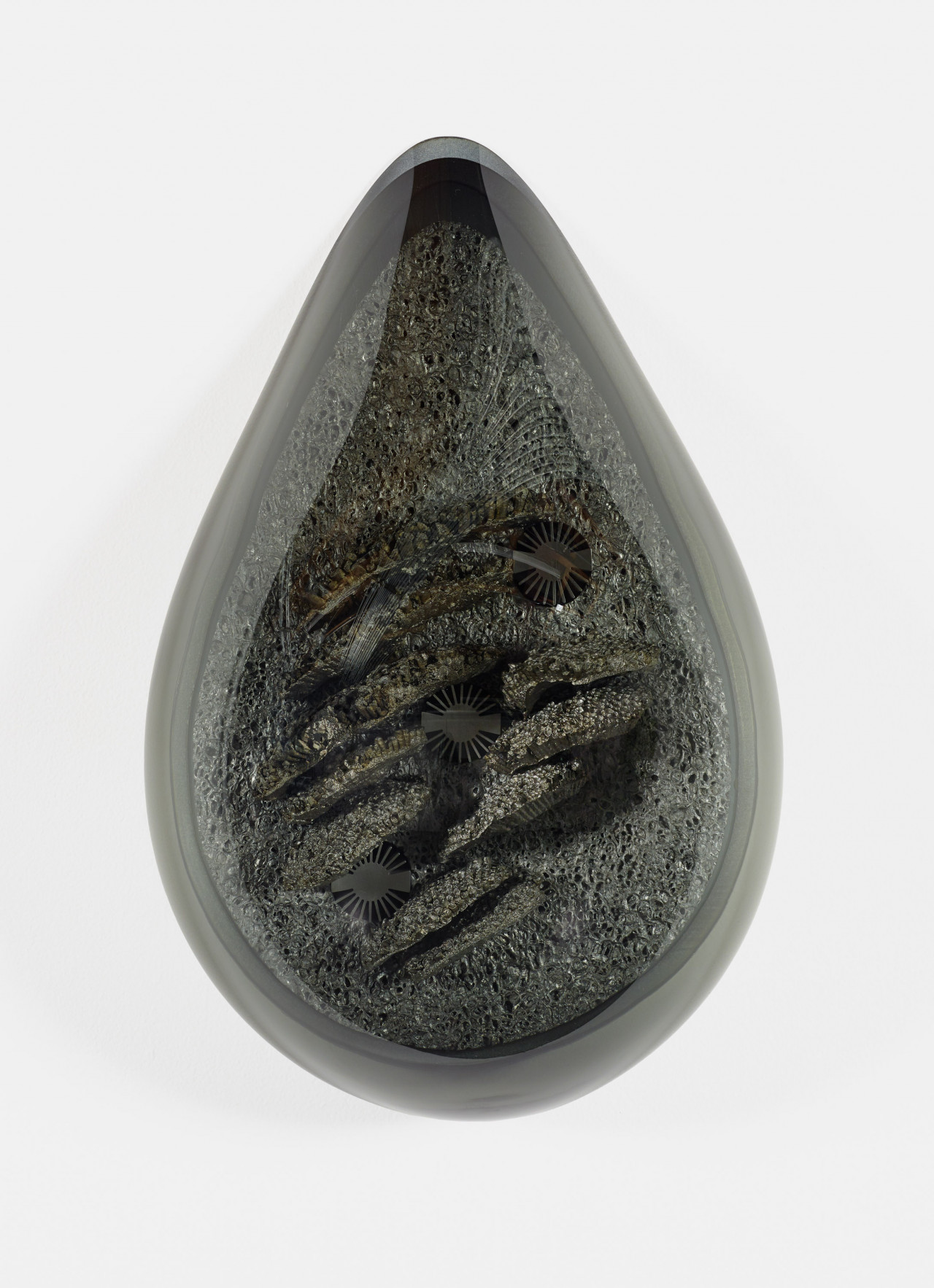 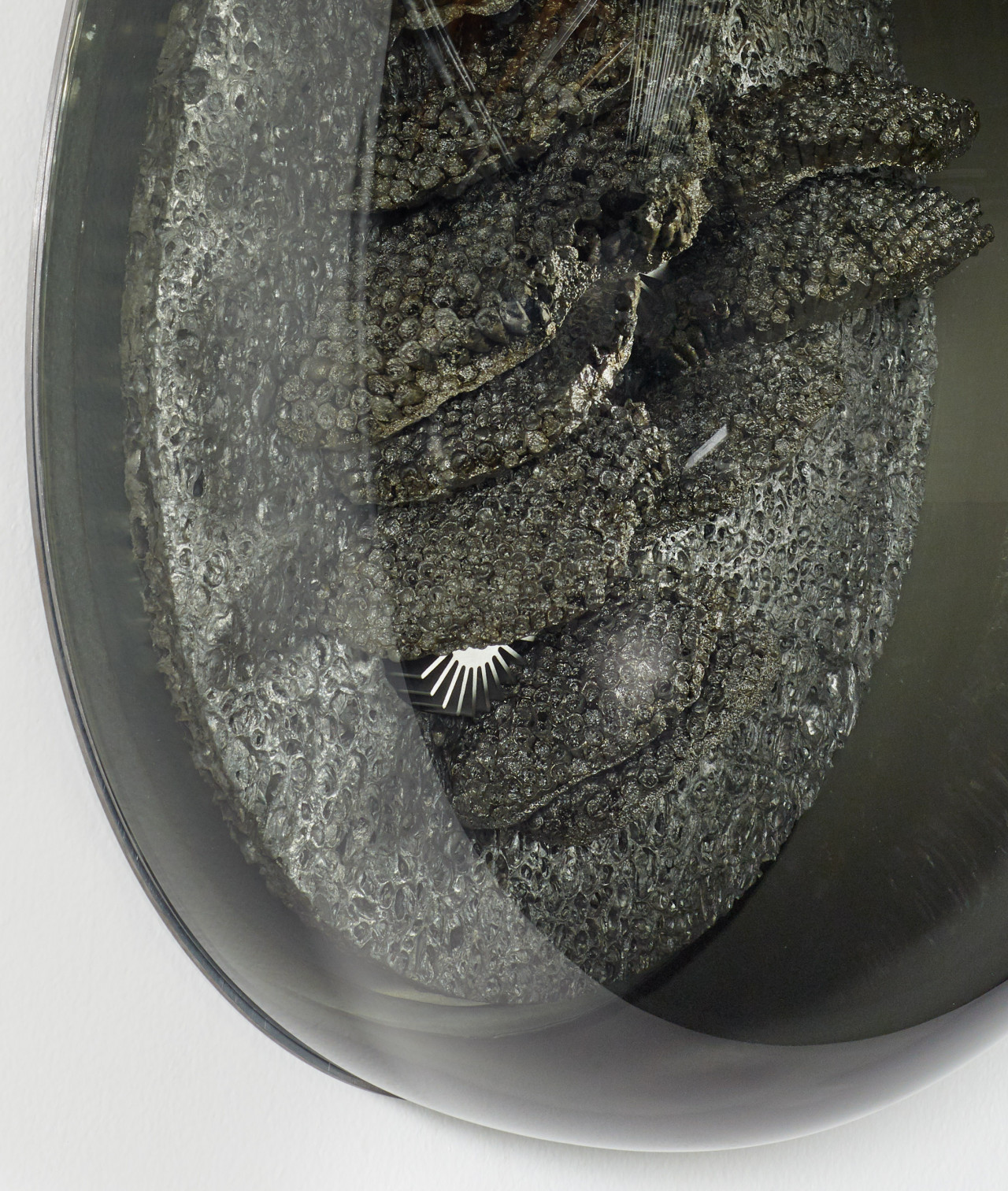 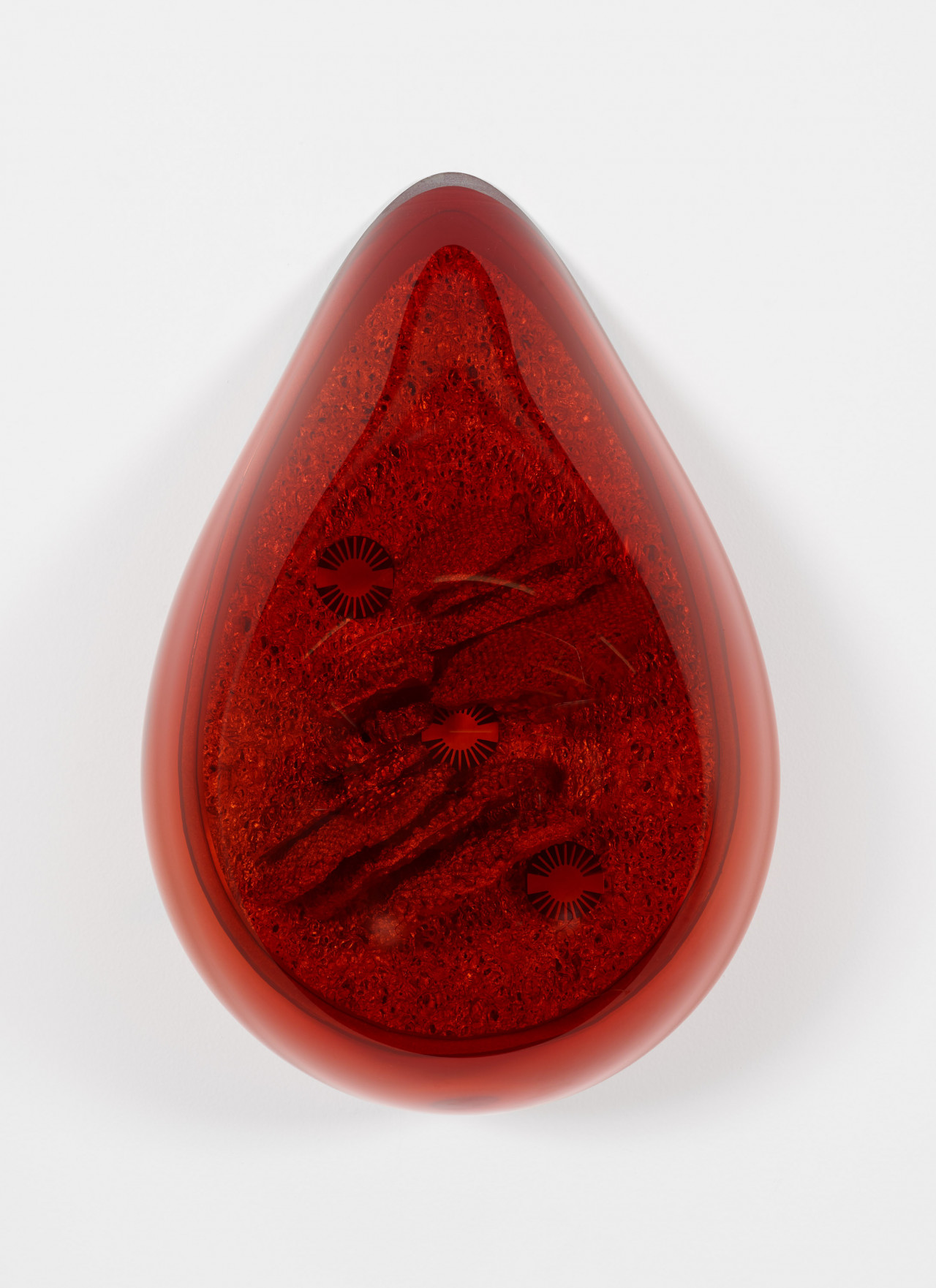 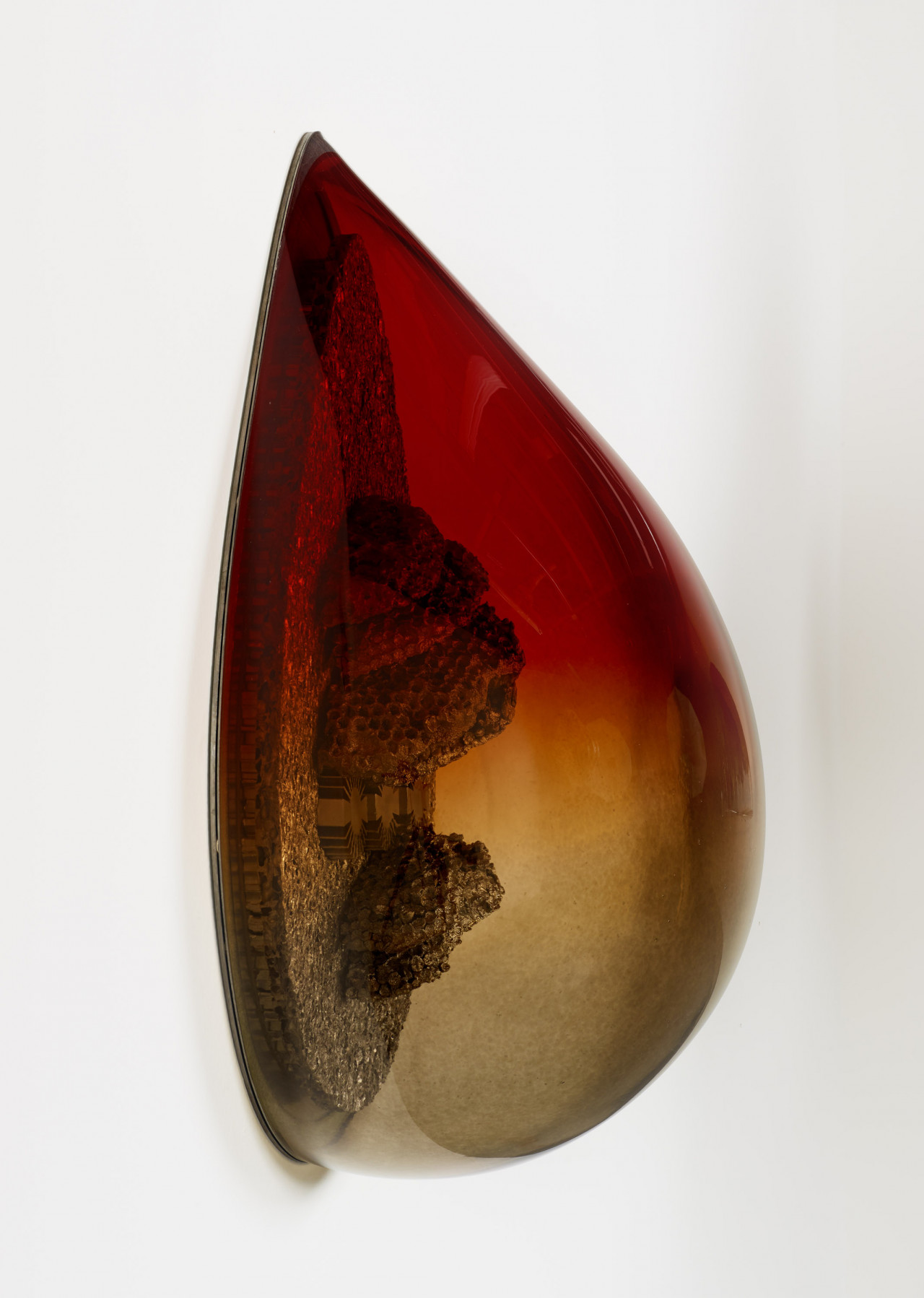 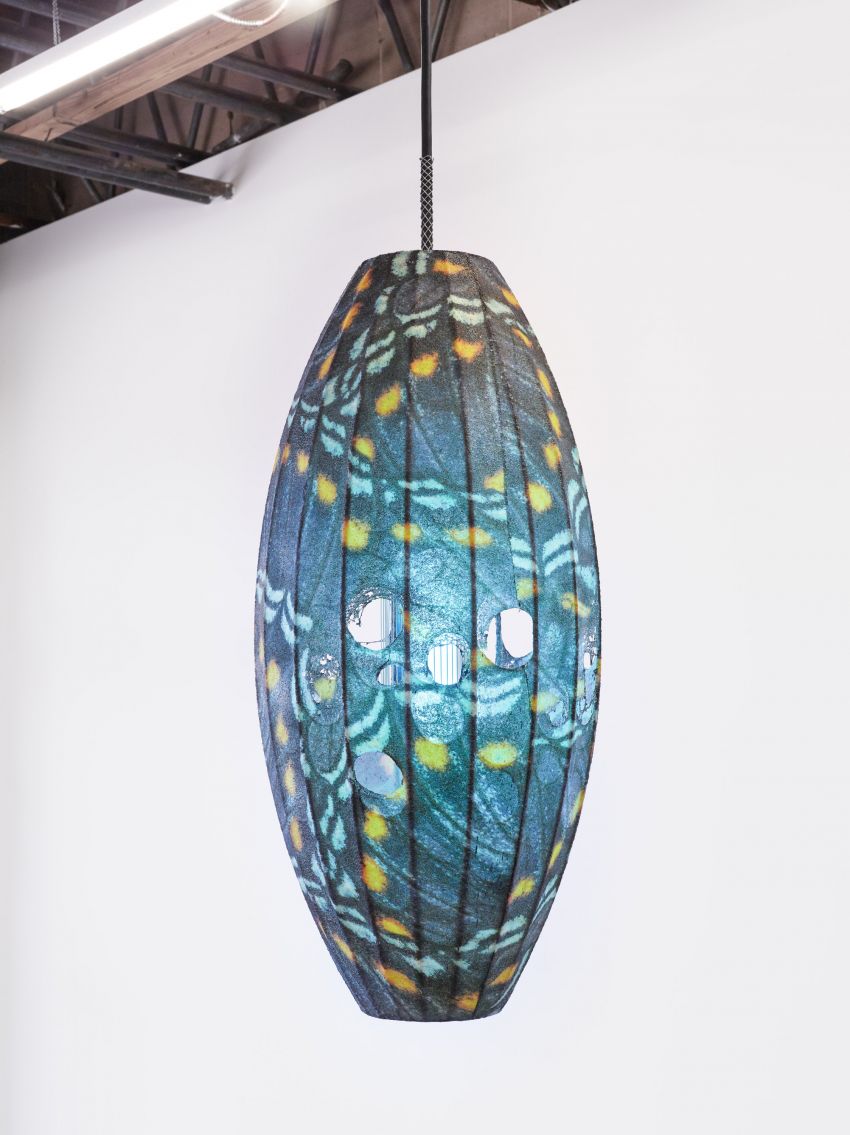 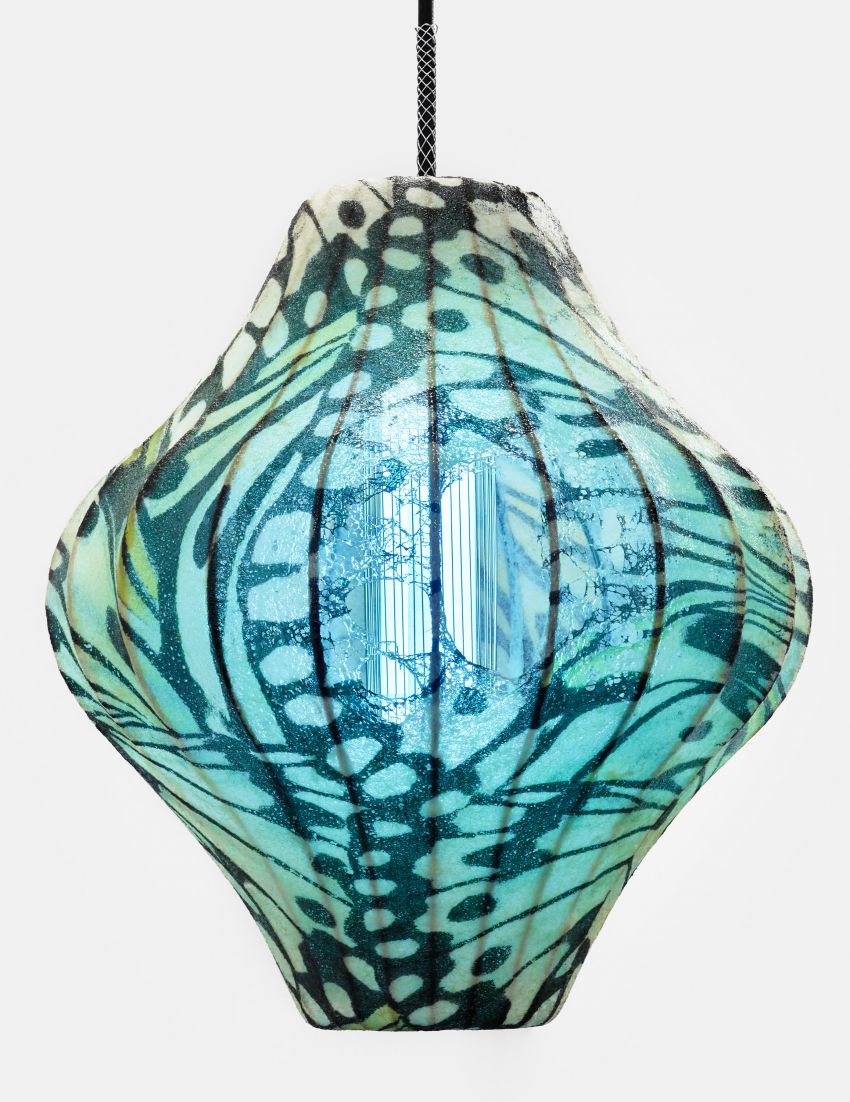 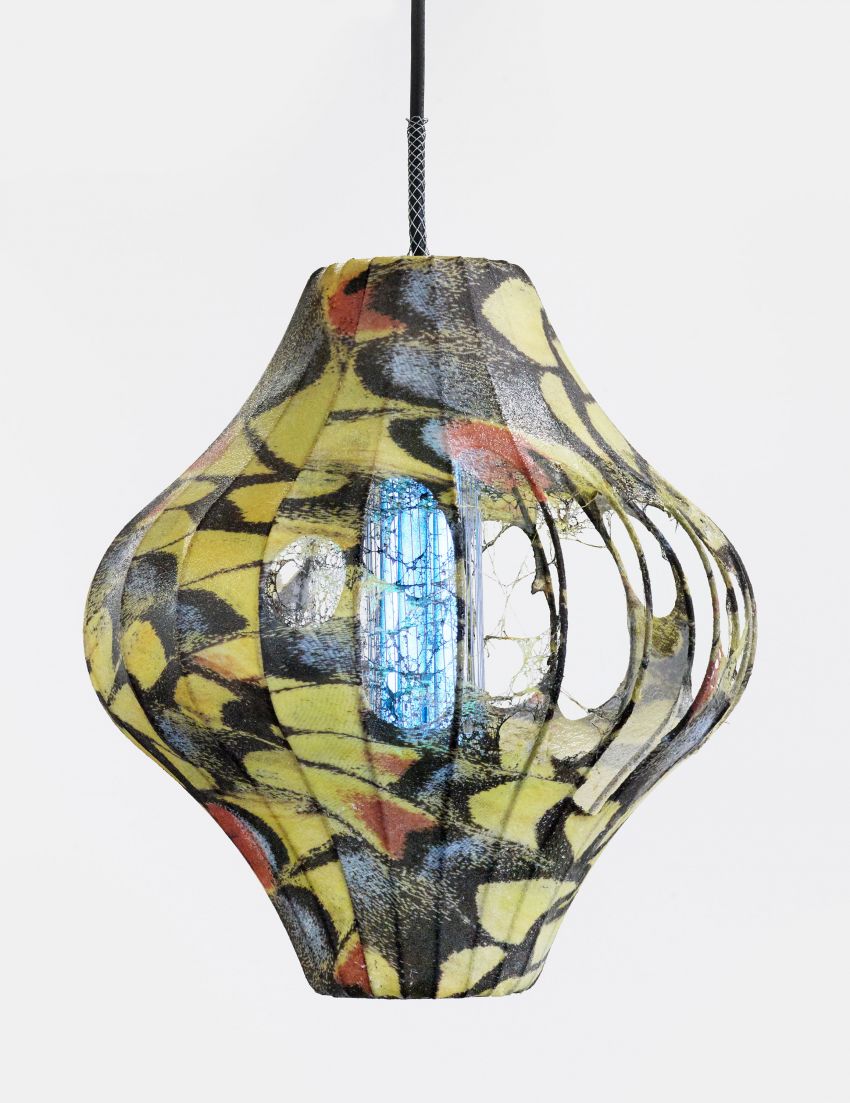 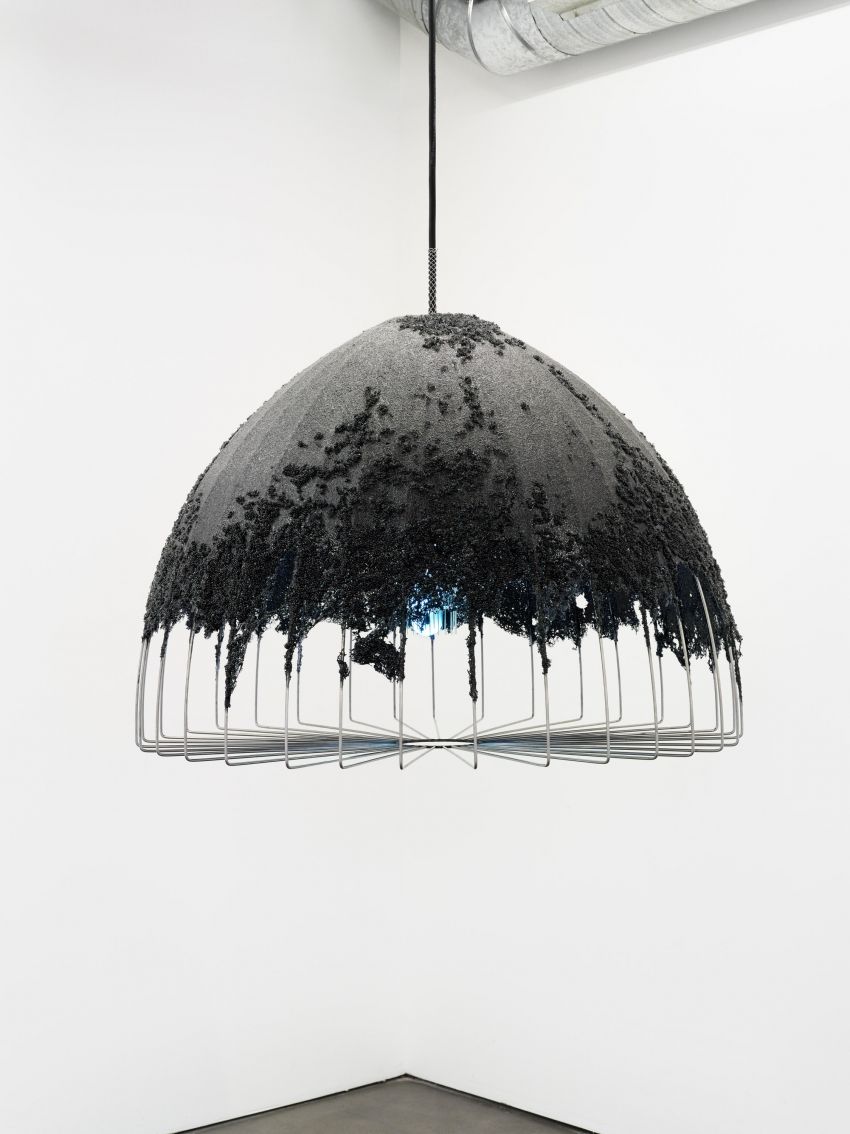