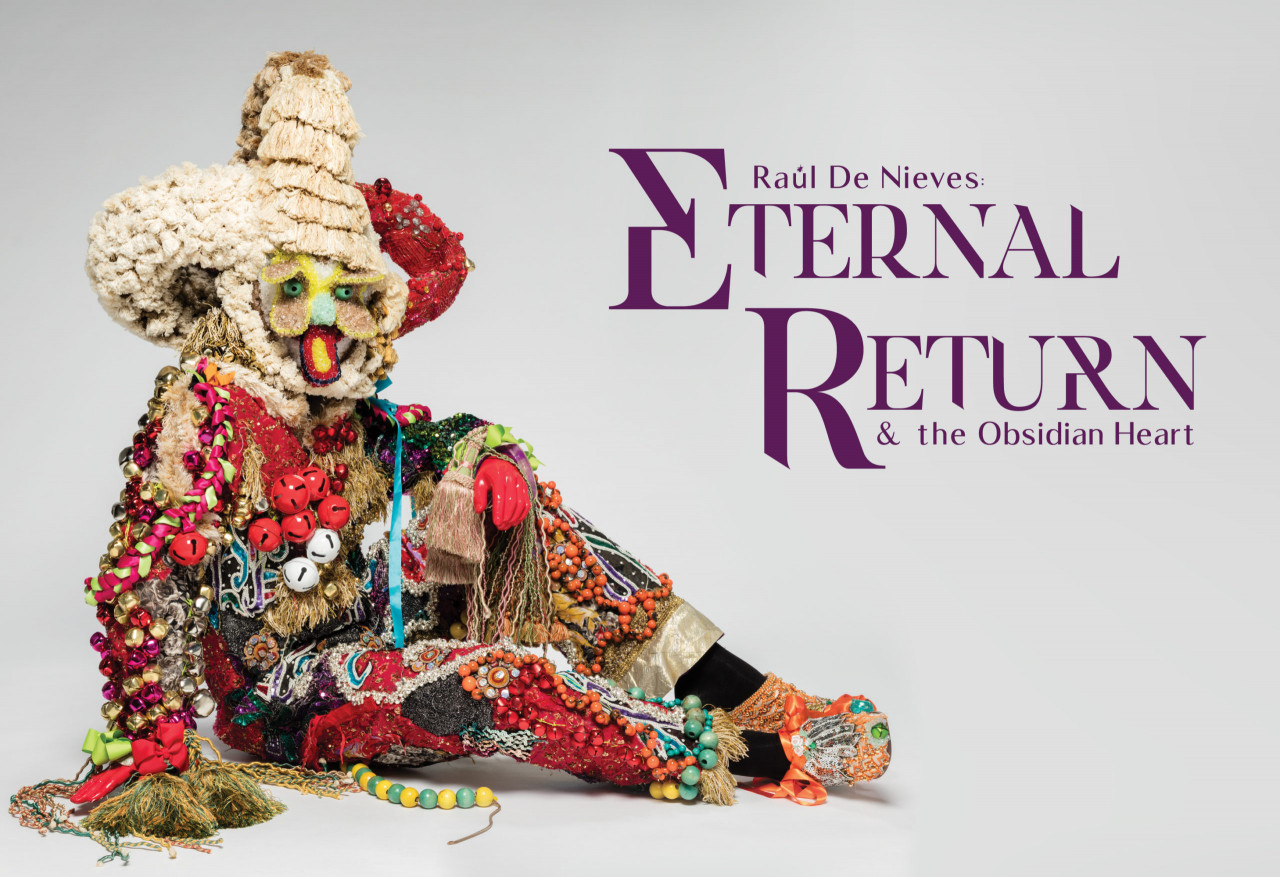 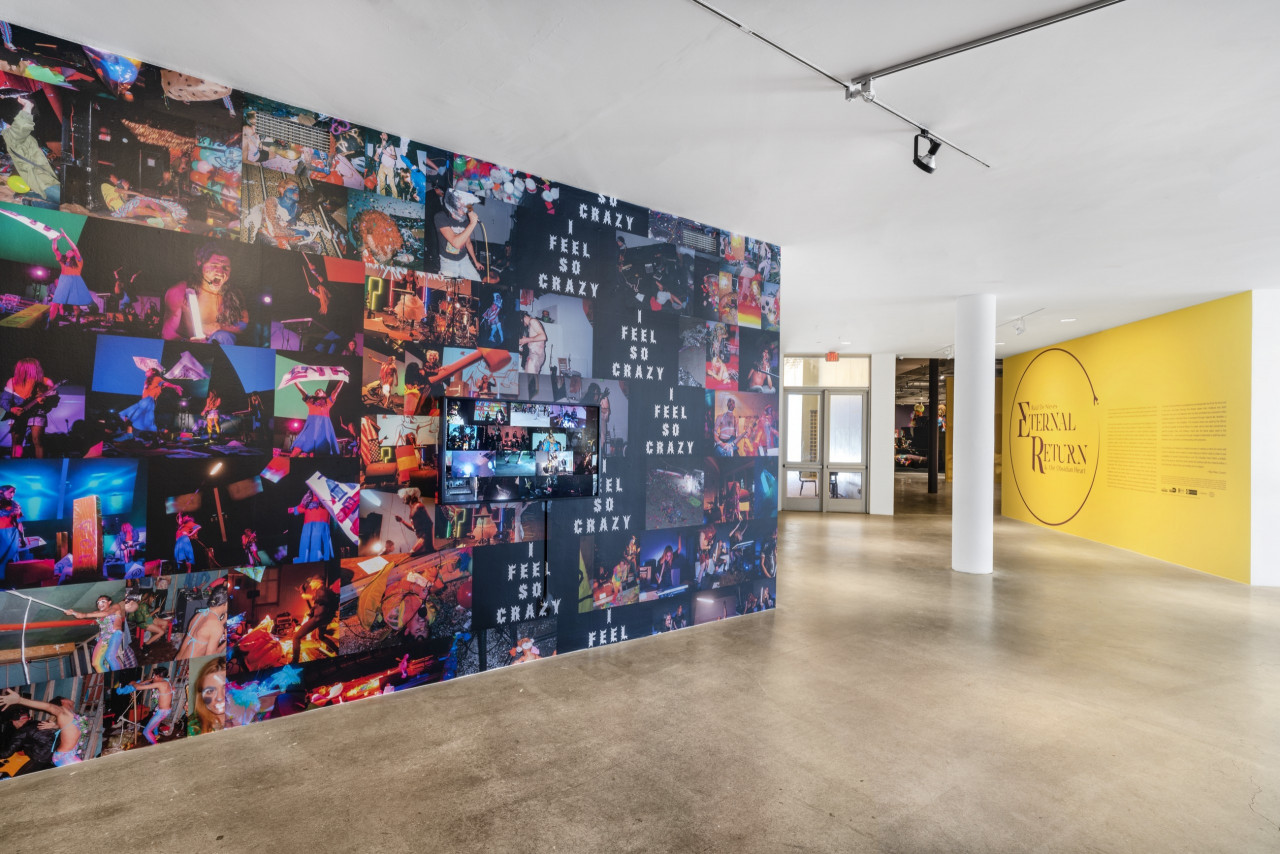 MOCA North Miami is pleased to present the most comprehensive survey to date of work by Raúl de Nieves (born in Michoacan, 1983; resides in New York City), which reconnects the artist’s exuberant material sensibility to his roots in punk music and performance, devotional ritual, and celebratory queerness.

De Nieves’ work investigates decadence, desire, and divinity in relation to material, emotional, and spiritual realms. The artist is inspired by his childhood in Michoacan, Mexico, where public religious rituals and private devotional acts included elaborate costuming, performances, and theatrical components; as well as by queer punk scenes in San Diego, San Francisco, and New York where he found his artistic voice. Whether working in collaboration with other artists and musicians, or as a solo practitioner making labor-intensive paintings, sculptures, drawings, installations, and environments, de Nieves articulates an aesthetic of abundance through an economy of means. Elaborate anthropomorphic figures shimmer and seduce from afar, but a closer look reveals that they are encrusted in beads, crystals, plastic jewels, sequins, cardboard, and other readily-available items that the artist transforms through a laborious, ritual-like practice.

The exhibition’s title came about through ongoing conversations between the artist and curator Risa Puleo. The idea of the journey, such as the Fool’s Journey of the Tarot card sequence or the archetypal narratives at the root of oft-repeated stories, is important to de Nieves and manifests in objects such the life-size carousel which will occupy MOCA’s exhibition space. Circling endlessly in a performance of fantasy and delirium, the carousel motif suggests the cosmic time of the Eternal Return. Obsidian is a volcanic stone that was used by the Nauha people of pre-Columbian Mexico as a spiritual portal used to speak with ancestors. Smoky and obscure, one must look at obsidian’s reflectivity obliquely (through it instead of at it) to shift the mirror reflection into a portal interacting with those who came before. For de Nieves, art-making is a process of creating a mirror for yourself; it is a tool of awareness and a means of externalizing an interior state which offers the possibility of transmuting emotional energy into physical energy and moving it from the body into material containers in the world. The ritual-like process by which de Nieves makes his opulent, anthropomorphic creatures is the means by which he imbues materials with spiritual essence and power. Such power is felt throughout the exhibition and embodied in works such as the artist’s signature stained glass installations and performances, and across a range of genres in which the artist channels alternate dimensions. 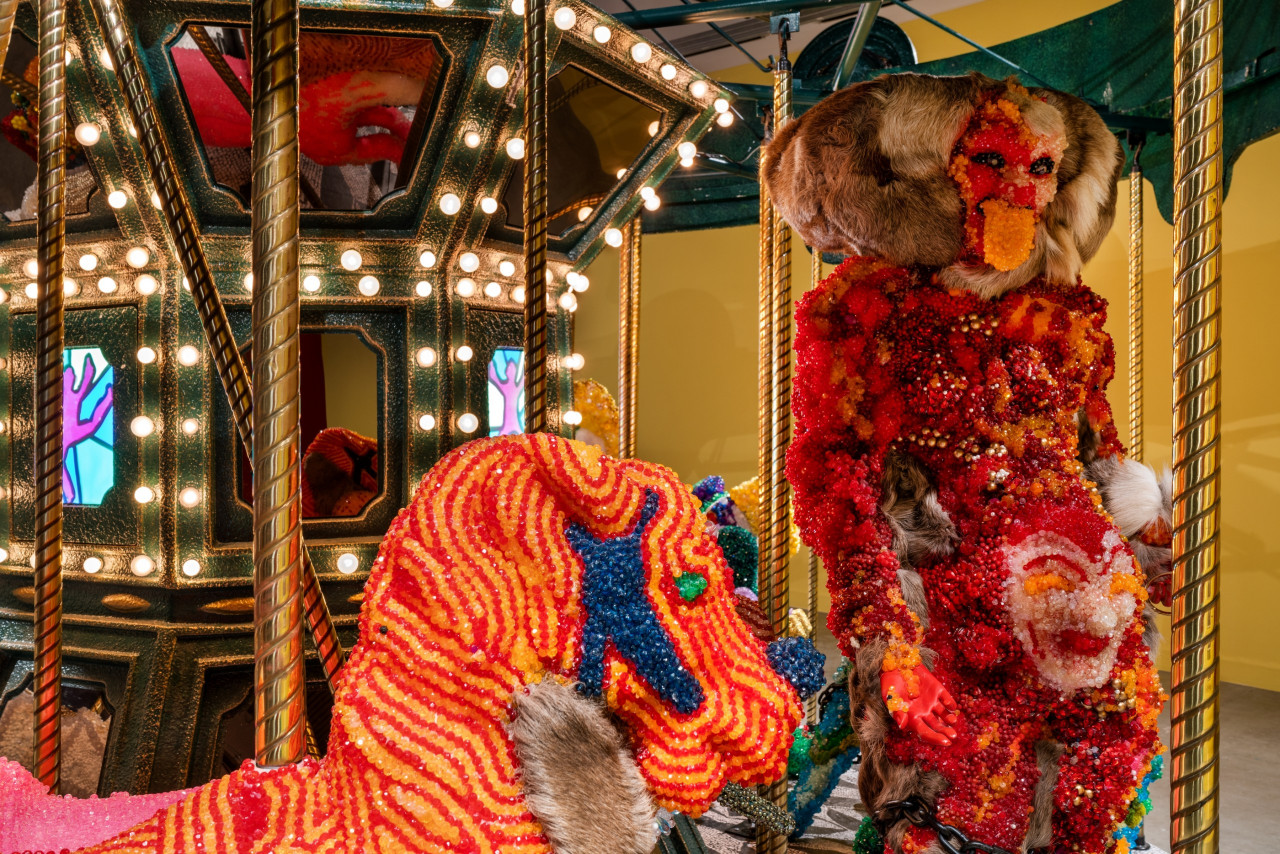 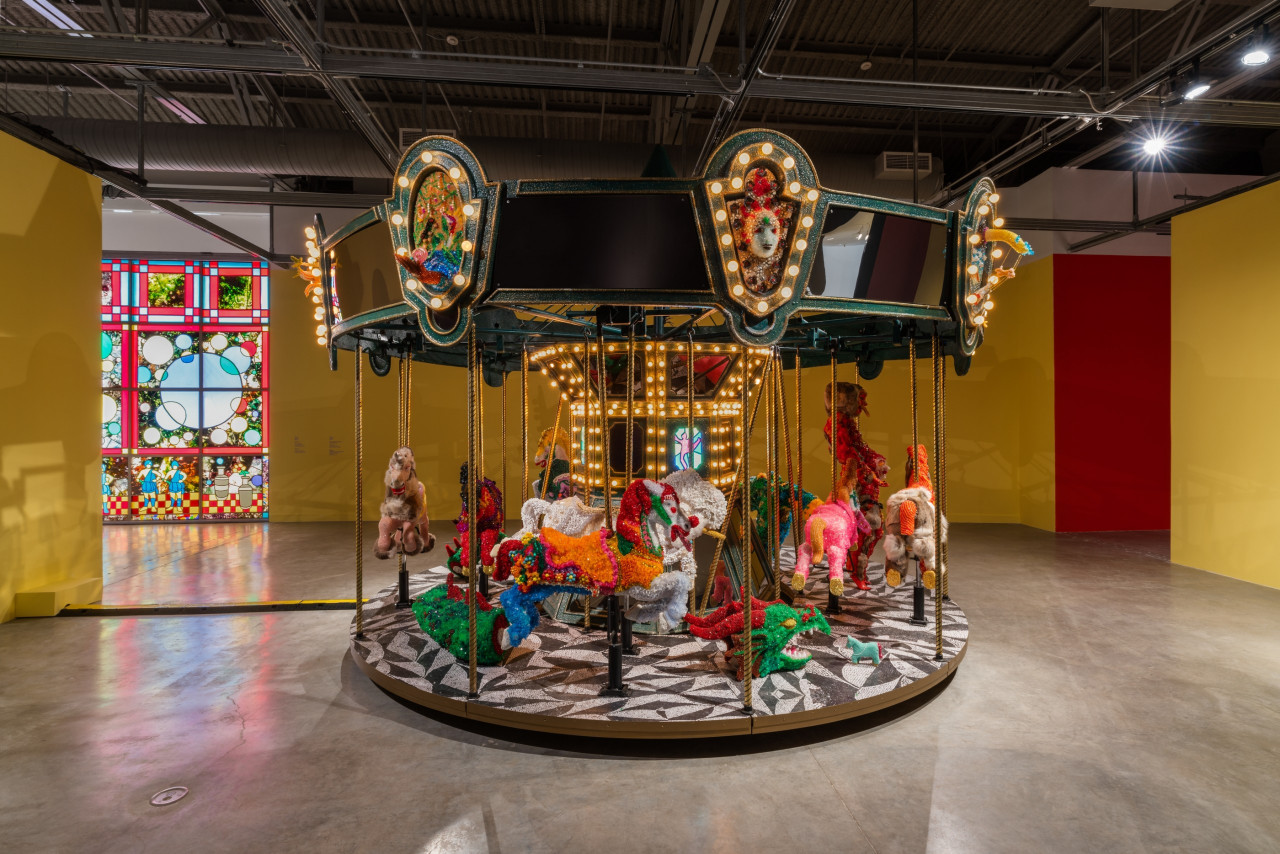 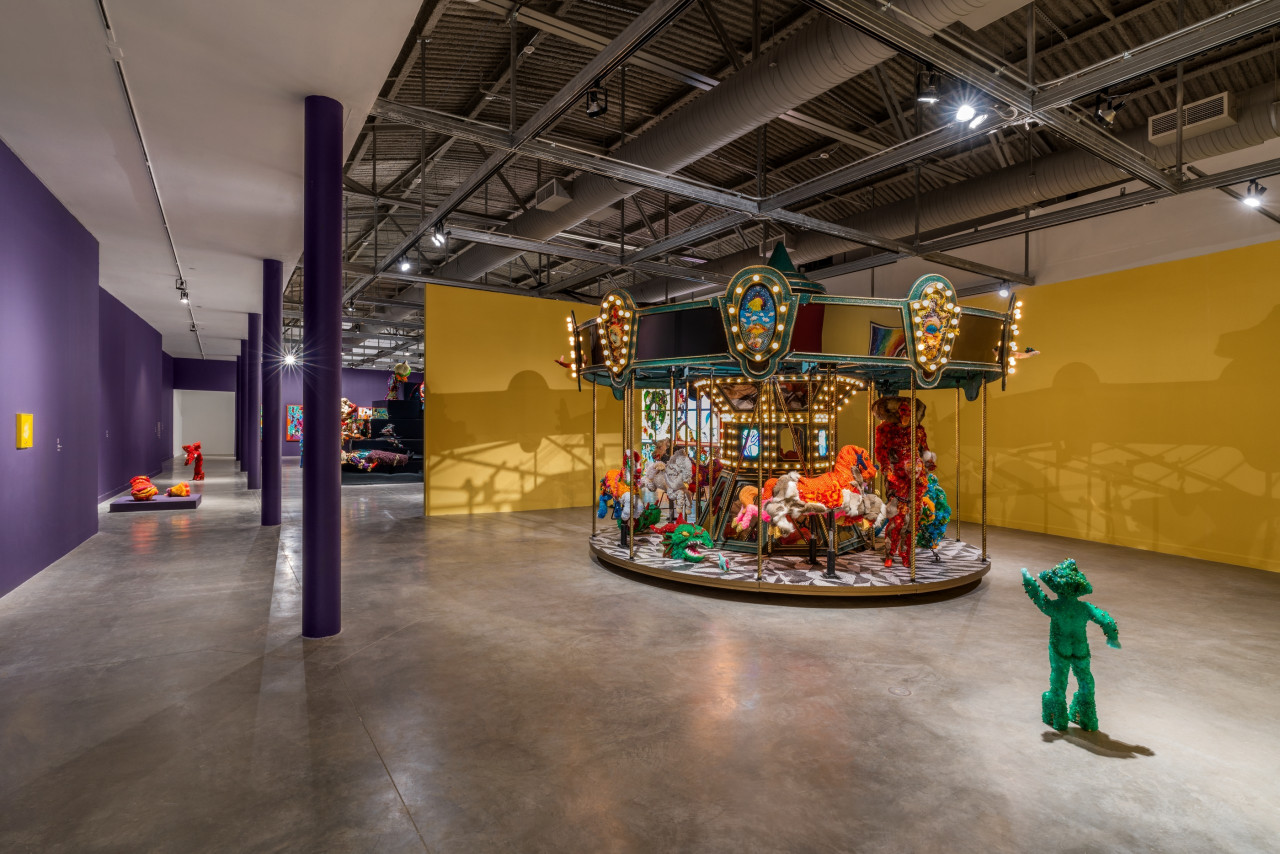 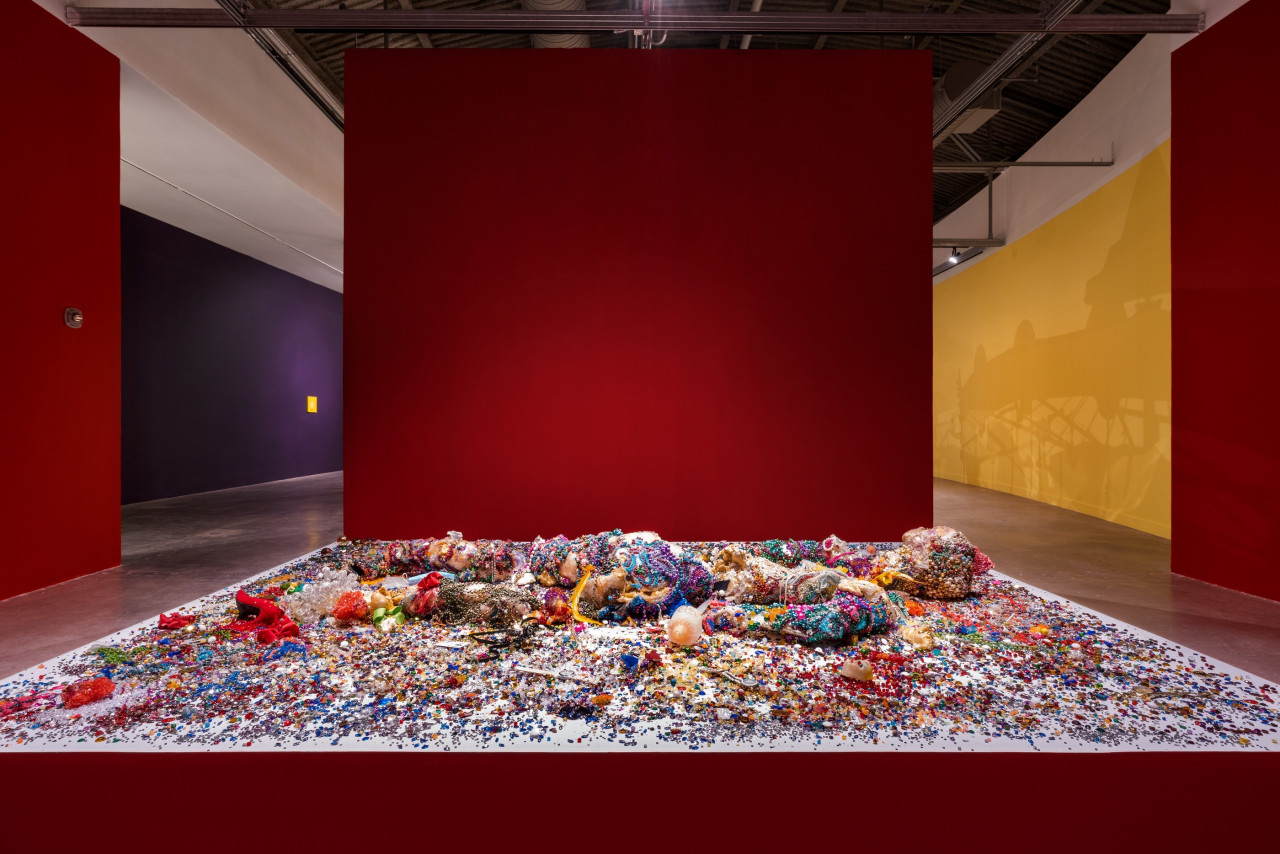 One of the most exciting artists working in the United States today, de Nieves’ young career has been prolific. This exhibition is the first to consider the symbiosis between de Nieves’ solo sculptural work and collaborative performances, including his band Haribo and his operatic performances. In doing so, Eternal Return and The Obsidian Heart offers a holistic look at the ways in which the artist rejoins the spiritual with the material in contemporary consumer culture. 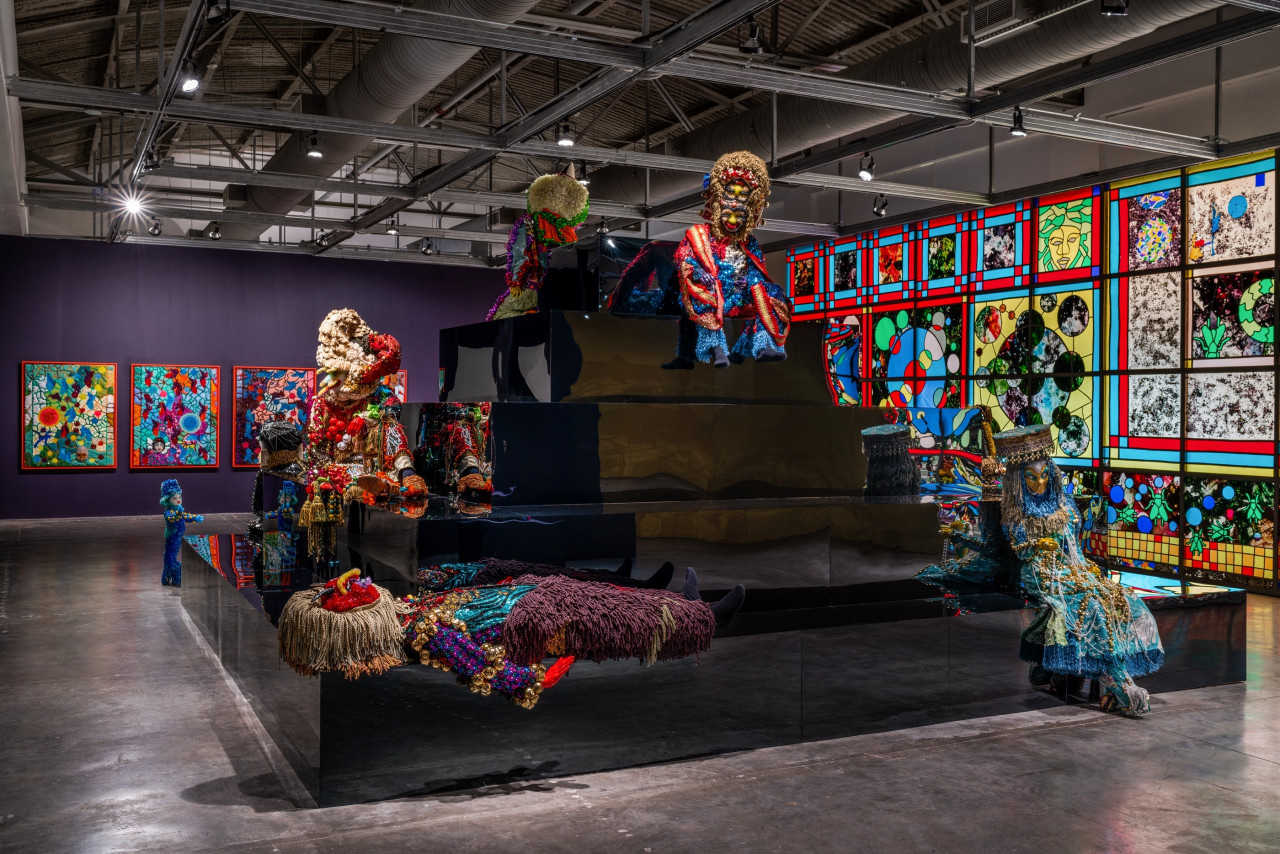 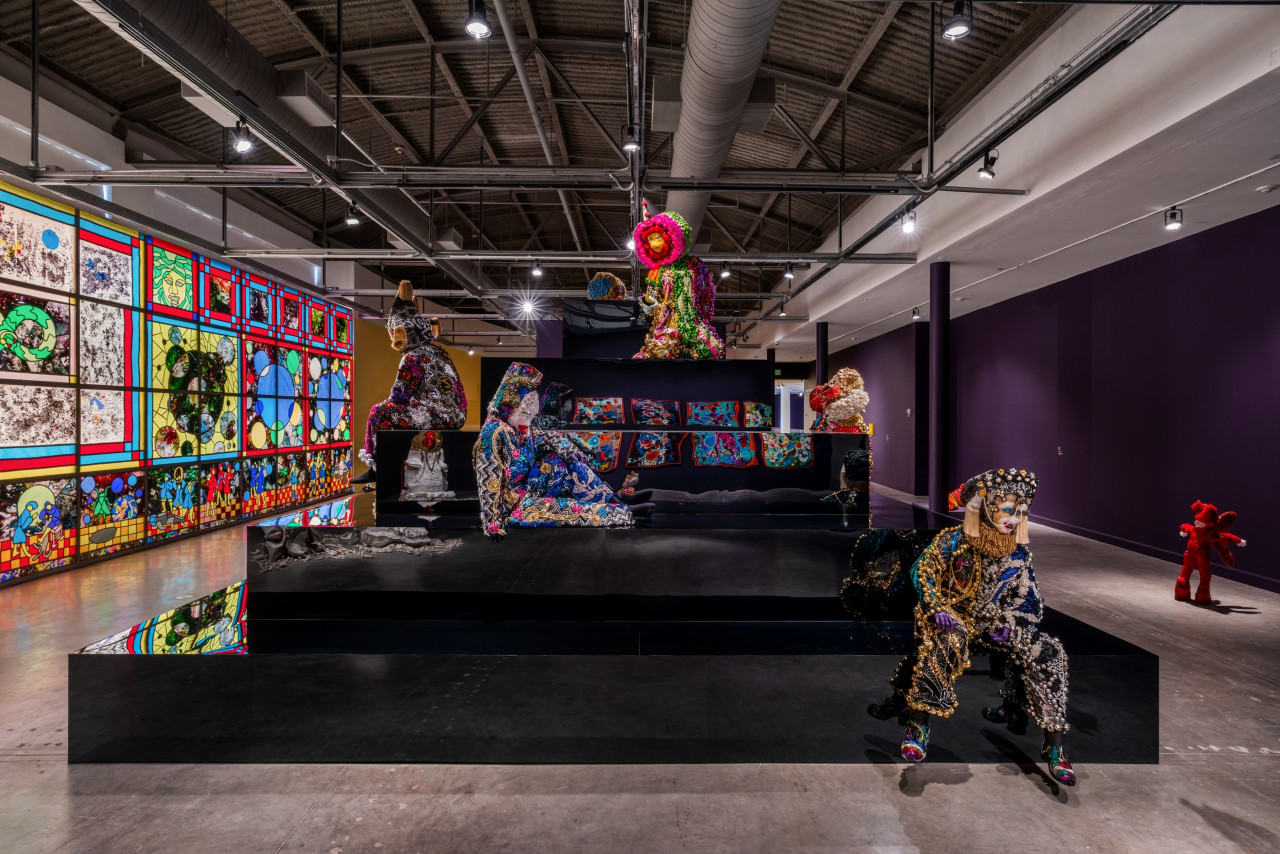