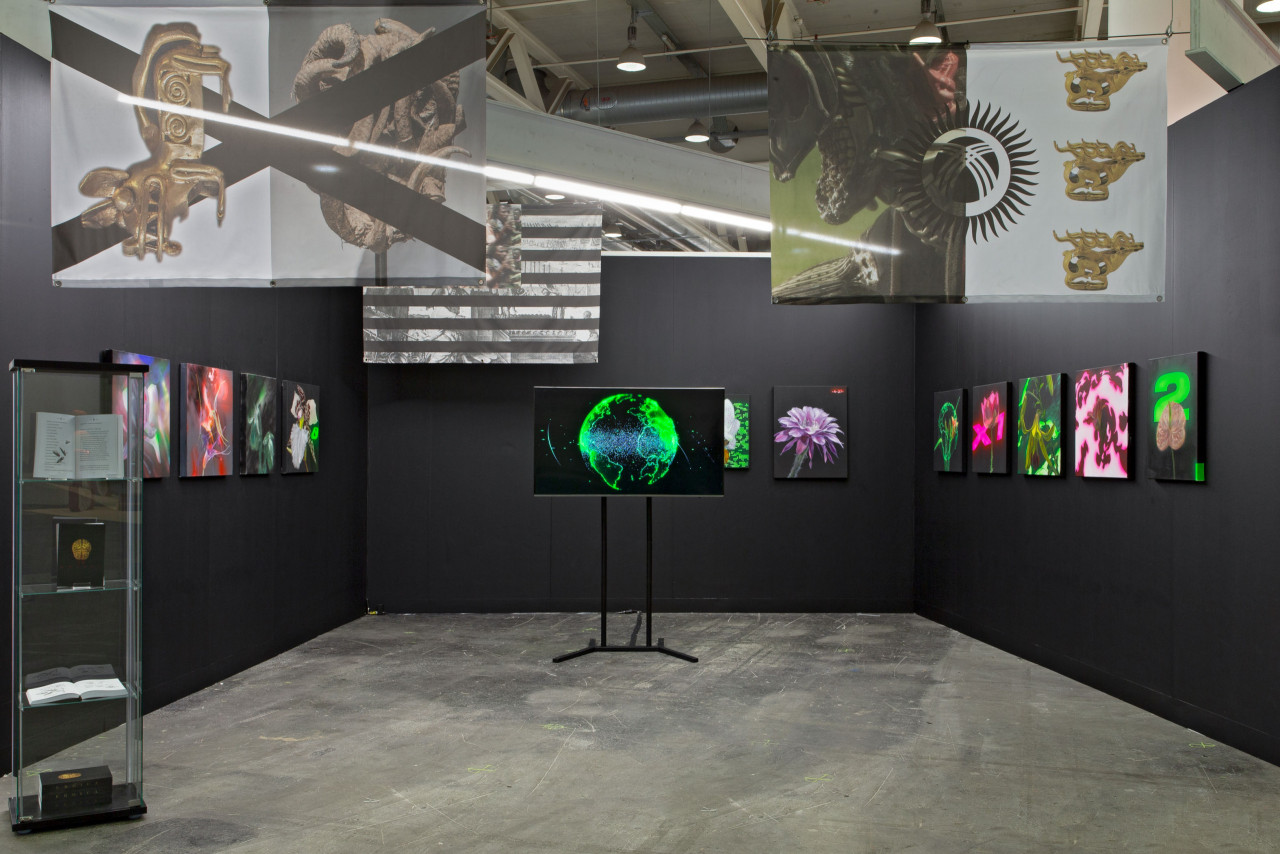 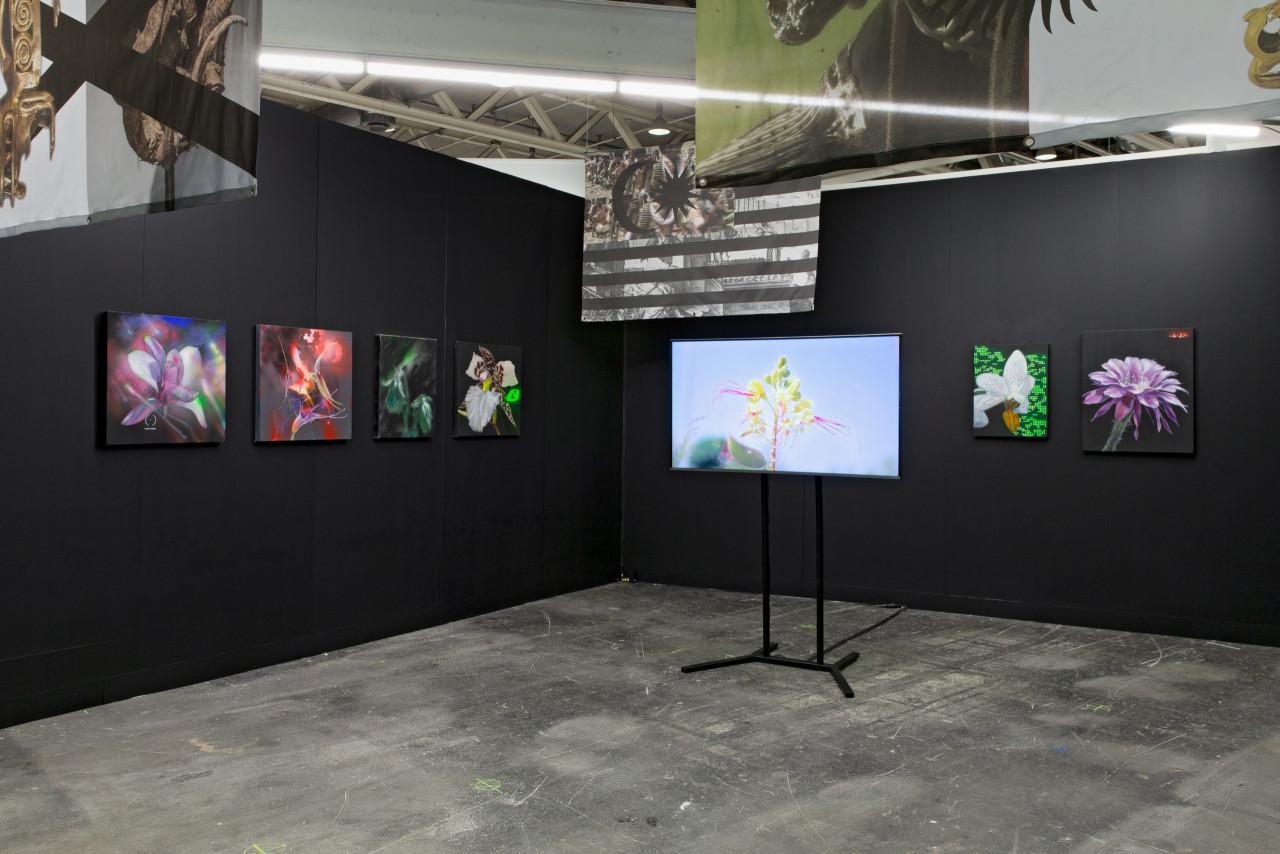 Born from parents of Nigerian descent in the American south (b. 1984, Tuscaloosa, Alabama), Richmond, Virginia-based Amobi bridges the fields of contemporary art, electronic music, literature, film, and fashion with experimental ease. Working across these platforms enhances the richness of each medium; indistinguishable, they dissolve together in unity within the exhibition space.

The novel itself is written in the style of the cyberpunk genre, with references to historical nonfiction, folklore, and urban fiction. “Eroica” opens with the revelation of a police report describing Amobi’s death by castration. What follows is an archive of the found manuscripts belonging to his fictitious dead ego. With sections of the book written entirely in Mandarin, Sanskrit, and graphic codes, Amobi situates the reader in a time and place beyond the comfort of an accessible Western vantage point.

Chino Amobi’s science fiction narrative, “Eroica”, a thriller in the Epic tradition, situated between history and myth, unfolds as a cinematic Gesamtkunstwerk: an immersive stage comprised of graphic flags, a light display, video projections, sculptural props, overlapping sound work and a revolving cast of live performers, with Amobi’s most recent series of paintings superimposed atop the maximalist display.

Chino Amobi approaches painting with the same vernacular as his music compositions, and vice versa; using sound as a means of immersing the listener into the space of a landscape, envisioning each moment in his musical arrangements as a painting. So too, his paintings frame visions of life bursting forth in a fevered neon dream with sonic vibrations: the exotic bloom a proxy for his entranced audience on the dance floor, at the height of ecstasy, at the peak of inflorescence.

Scenes from the novel are played out on screen in Amobi’s most recent video collaboration with CGI-artist Sybil Montet. Filmed this past summer in Greece, the video follows the exchanges between the novel’s main characters, with their emotional interactions transcribed through Amobi’s musical compositions. The arid desert backdrop of this Mediterranean island signifies a world that has suffered from the disruptions of climate and leaves space for the universe to bloom with EROICA. 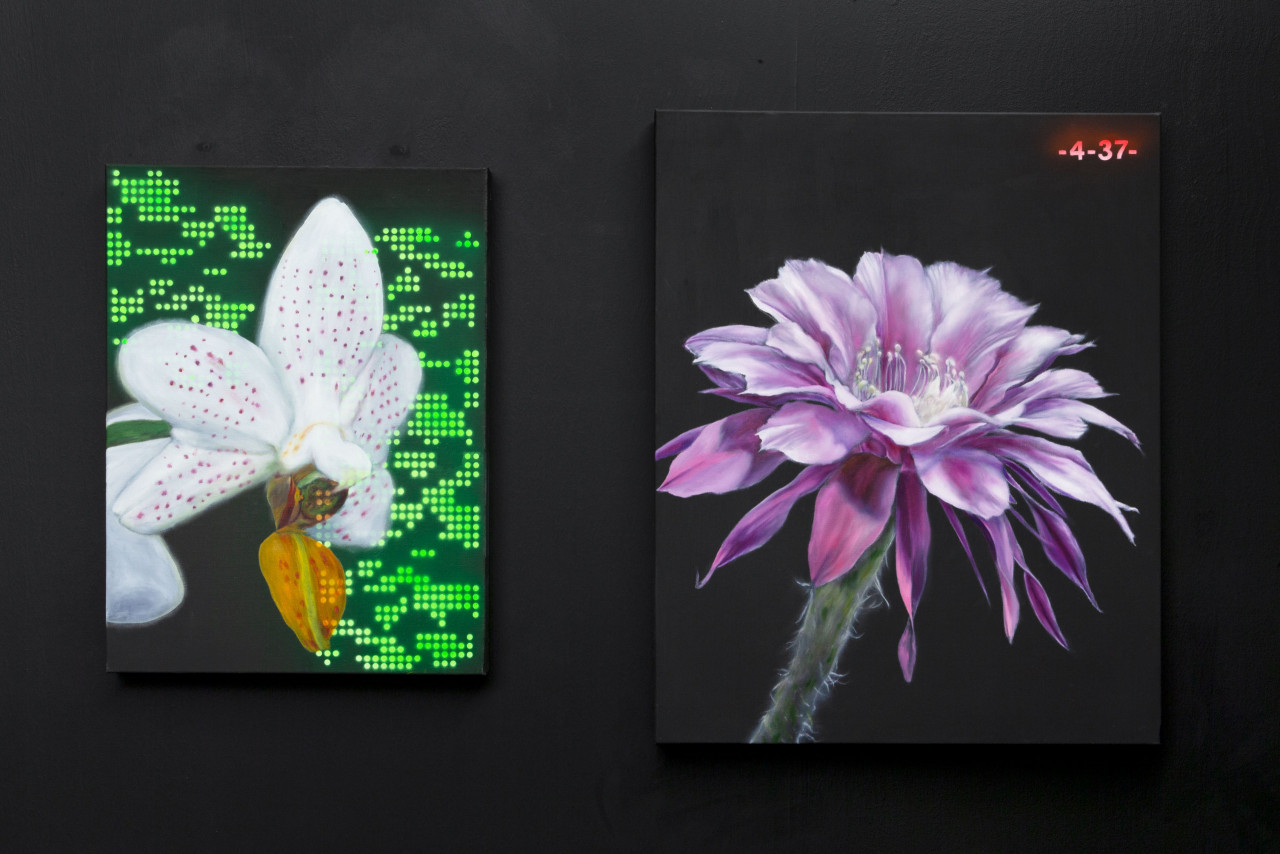 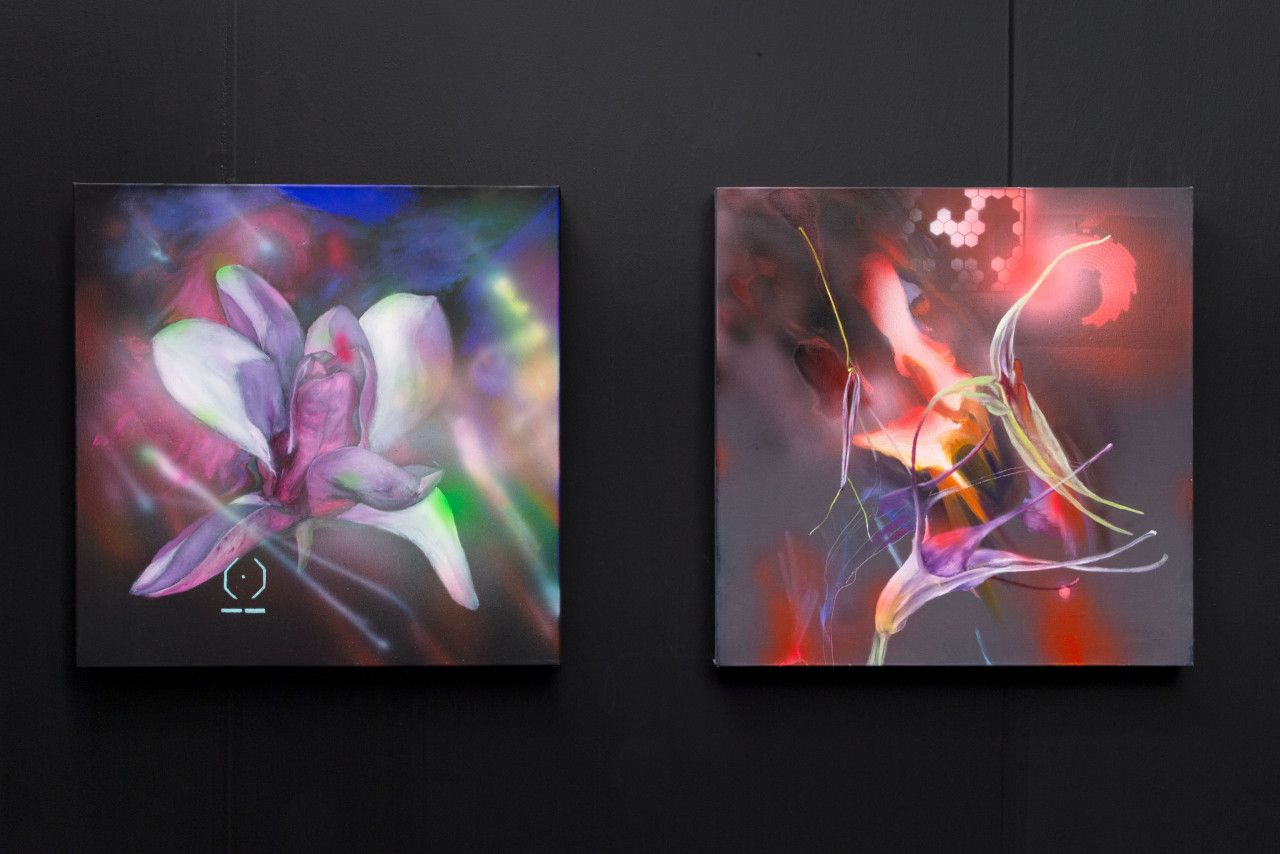 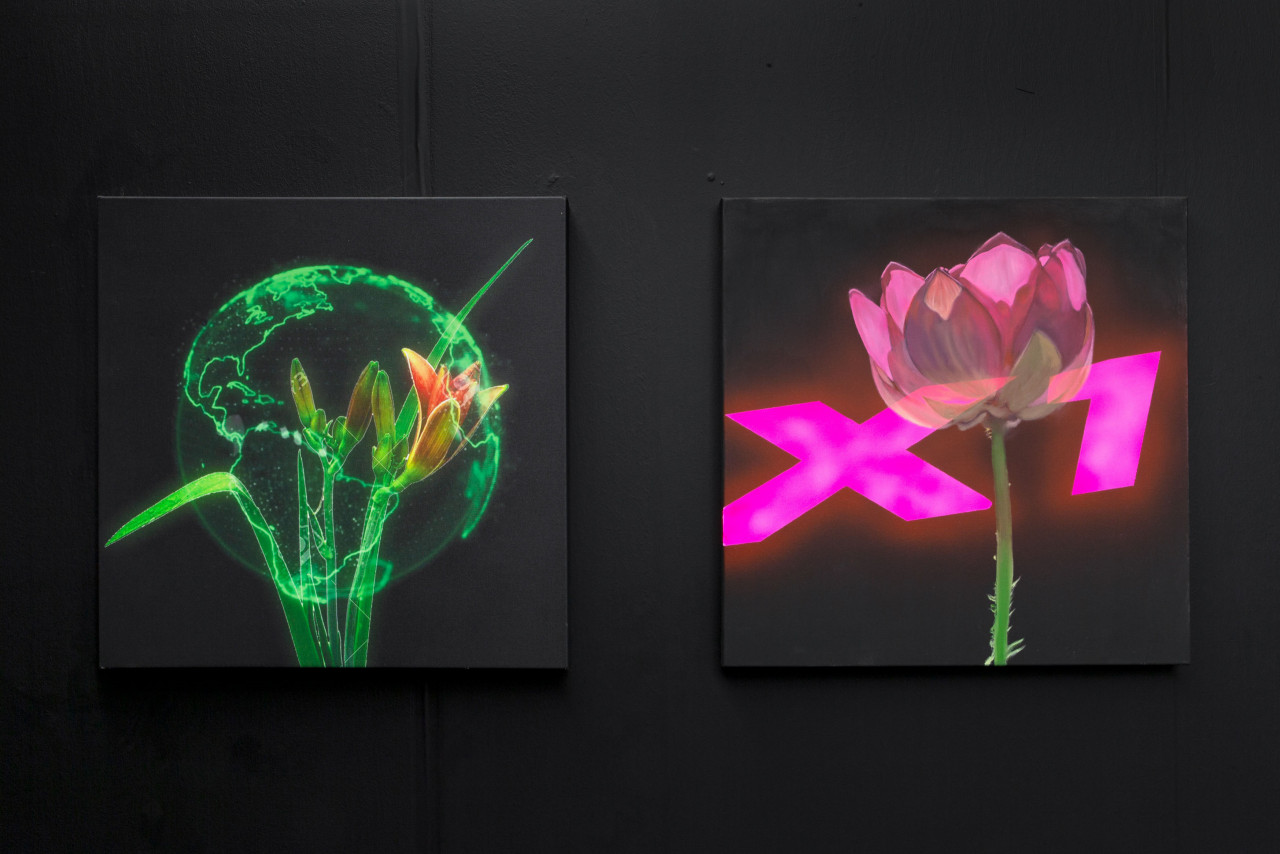 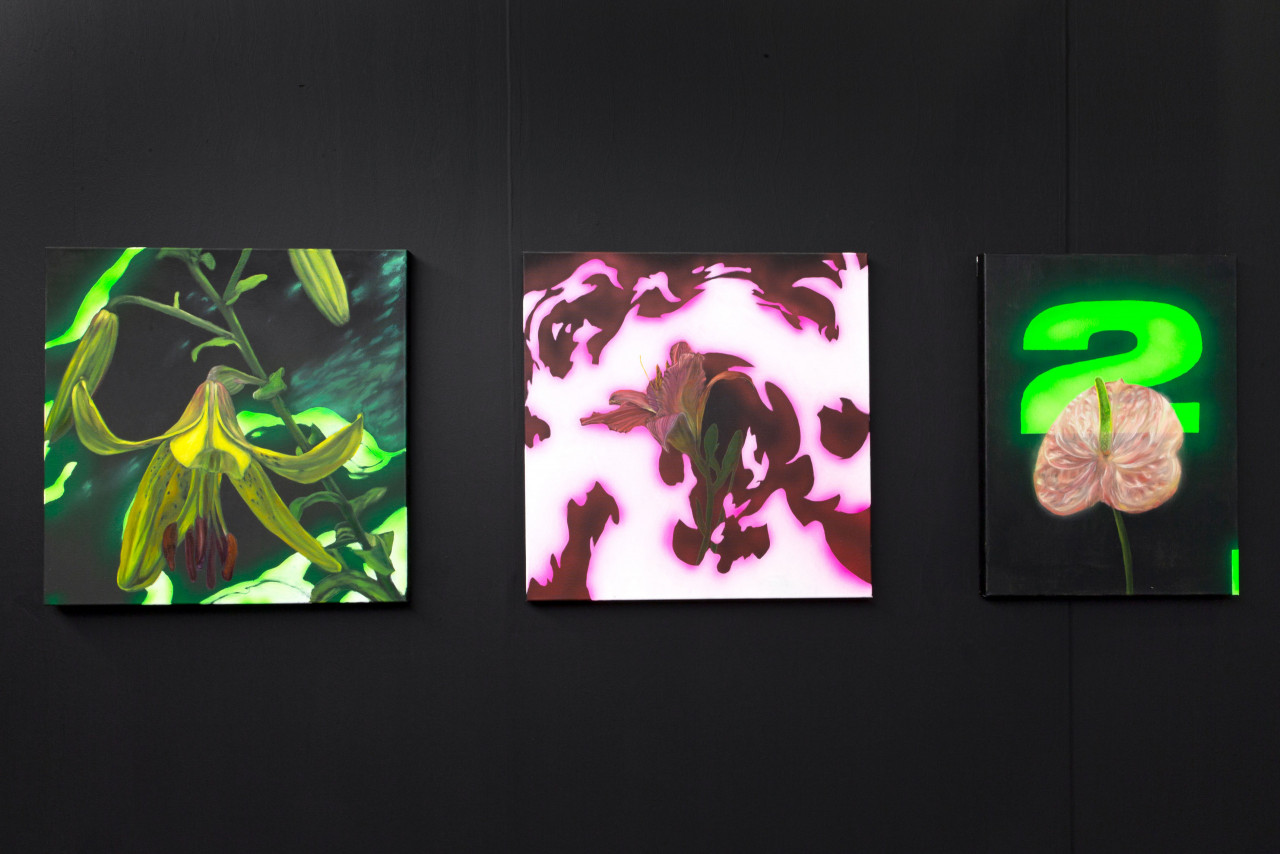 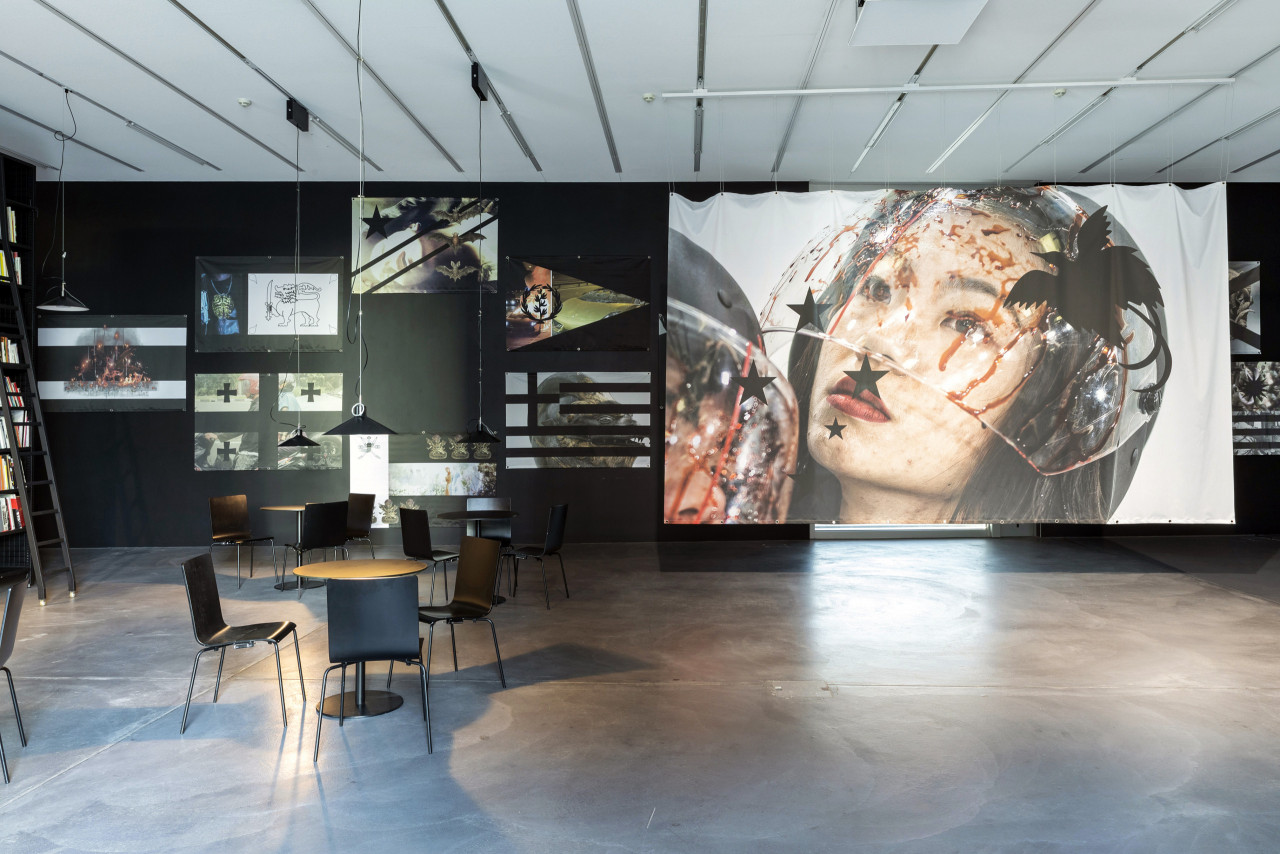 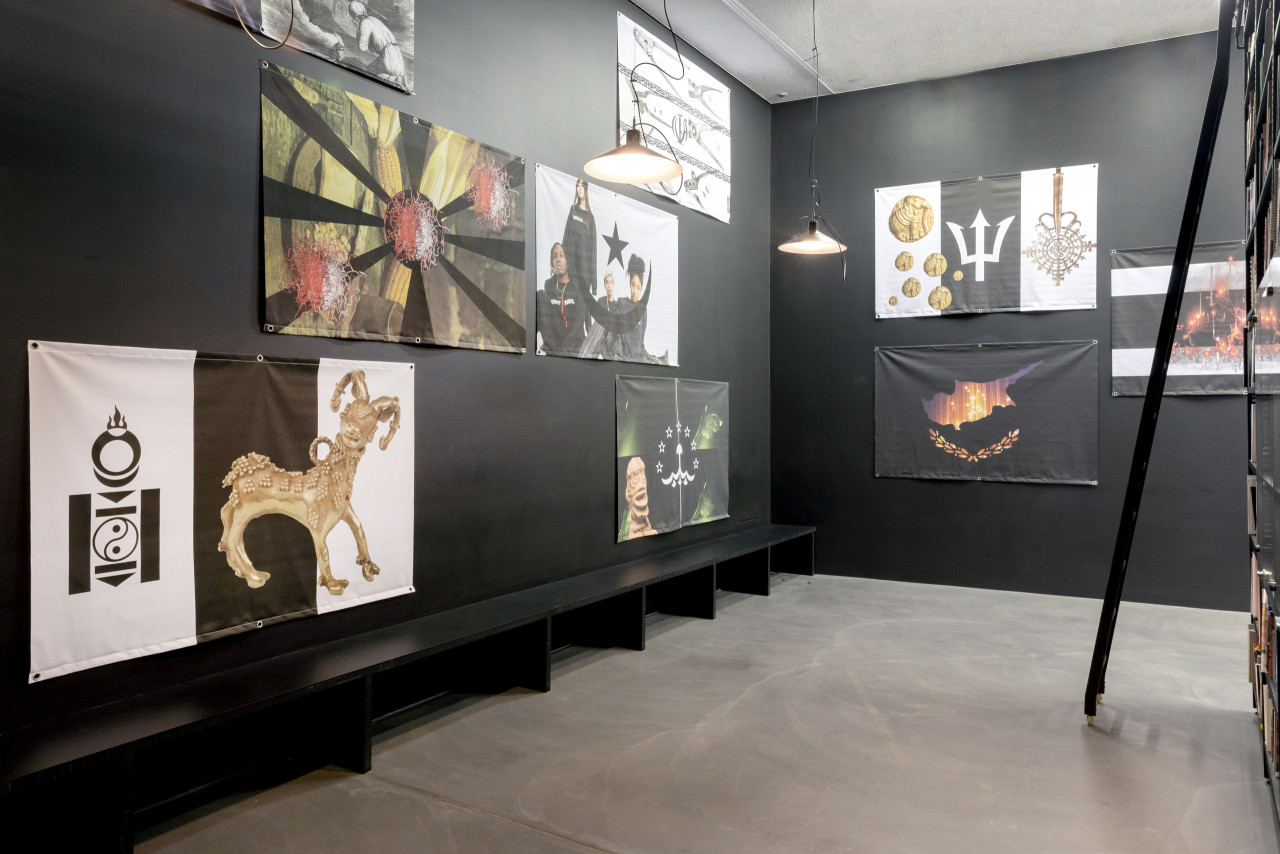 A scenographic installation translates these itinerant elements of the novel with a score of distorted appropriated flags coating the walls of the room. Amobi takes these flags, renders them black and white, and mixes them with imagery culled from the internet as a means to flatten and homogenize these symbols of national and ethnic identity. The found images spliced into the flags complicates this homogenization and speaks to his personal experiences traveling the globe as an internationally celebrated experimental musician.

This installation was originally exhibited at LUMA Westbau in 2020 as part of Chino Amobi’s first institutional exhibition, EROICA. At Liste, Fitzpatrick Gallery will present four from the original series of thirty-two flags. 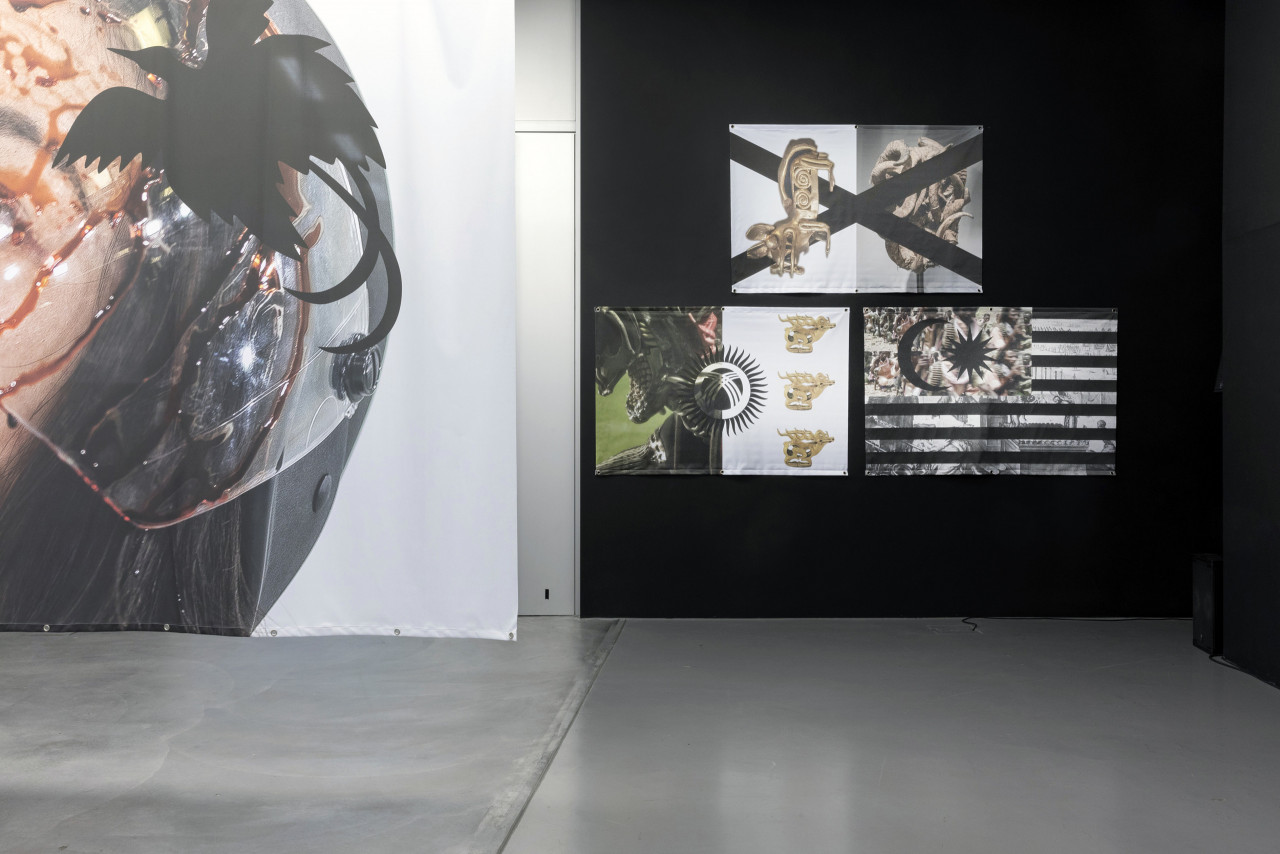 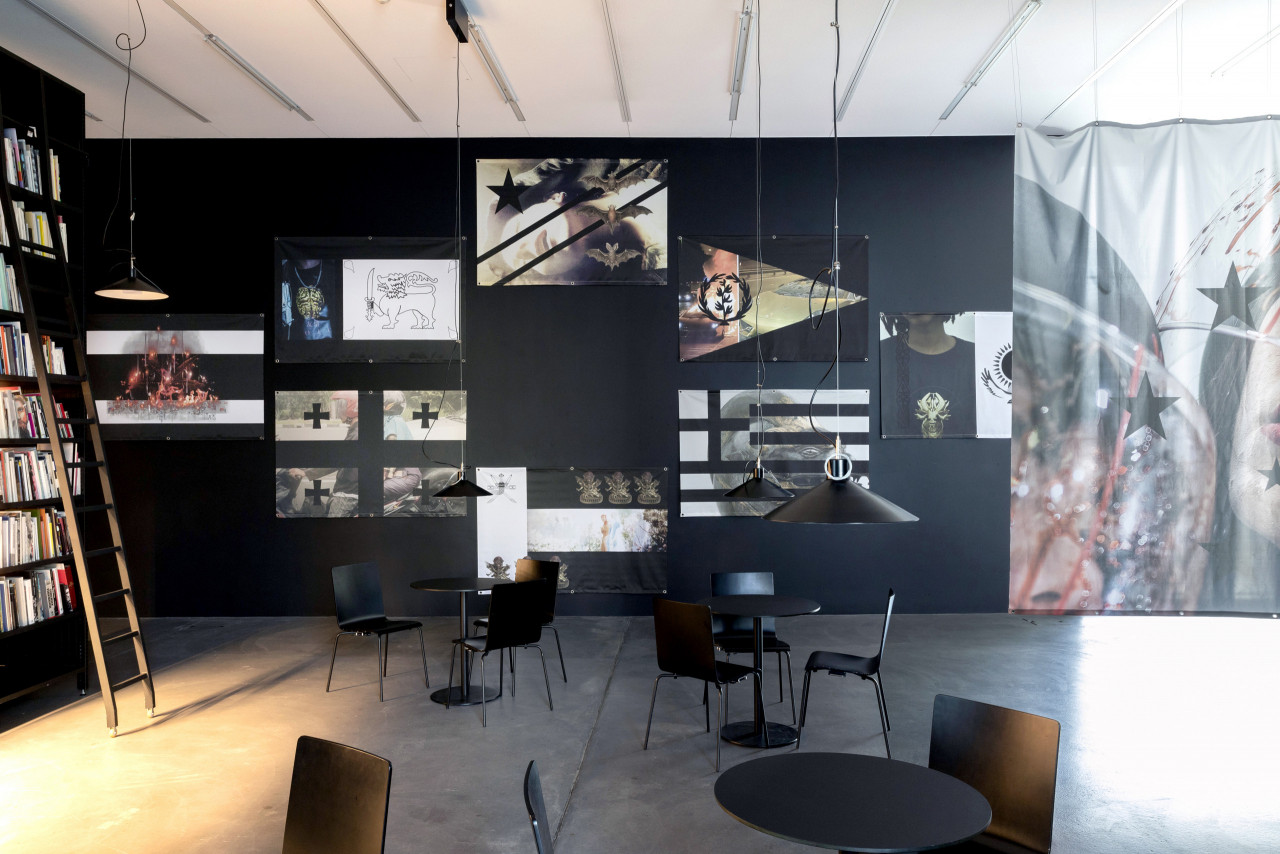