Water Under the Bridge 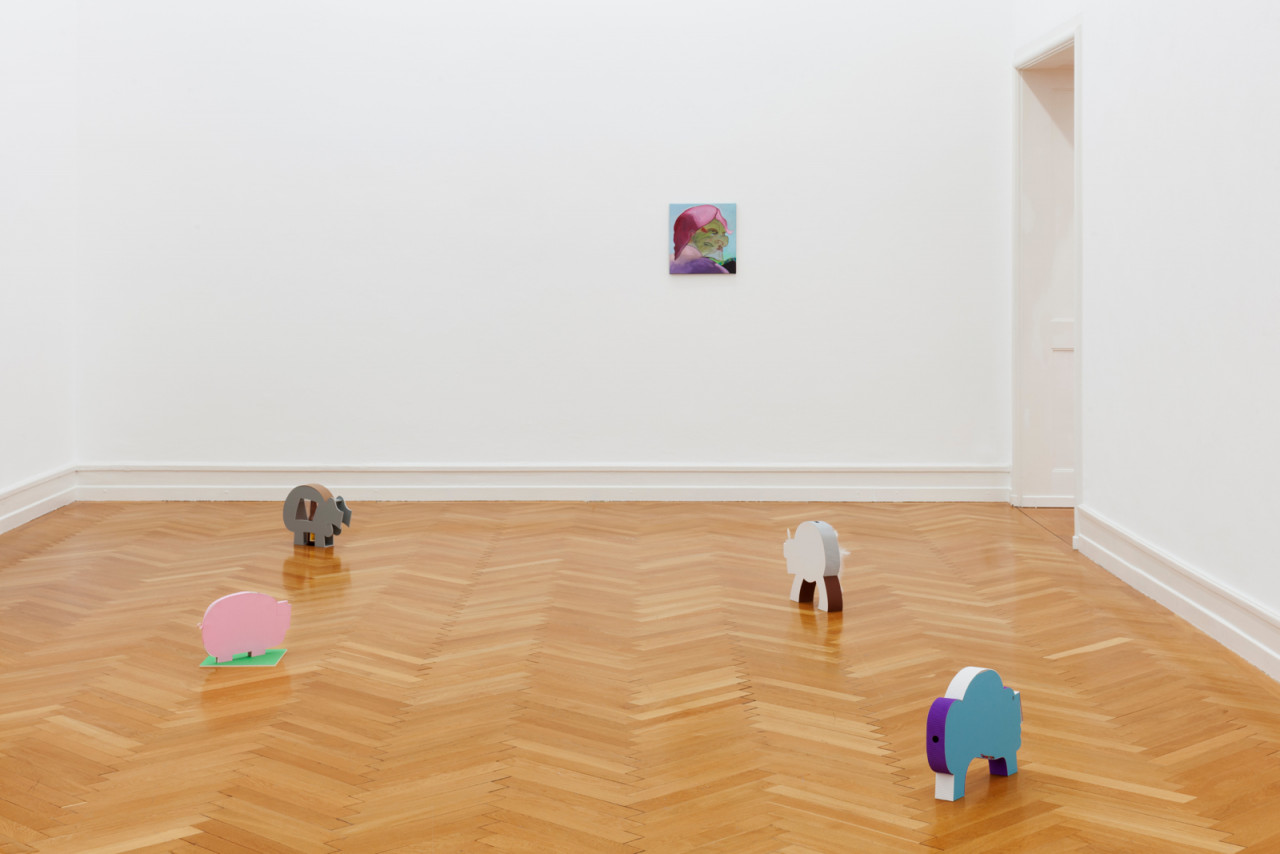 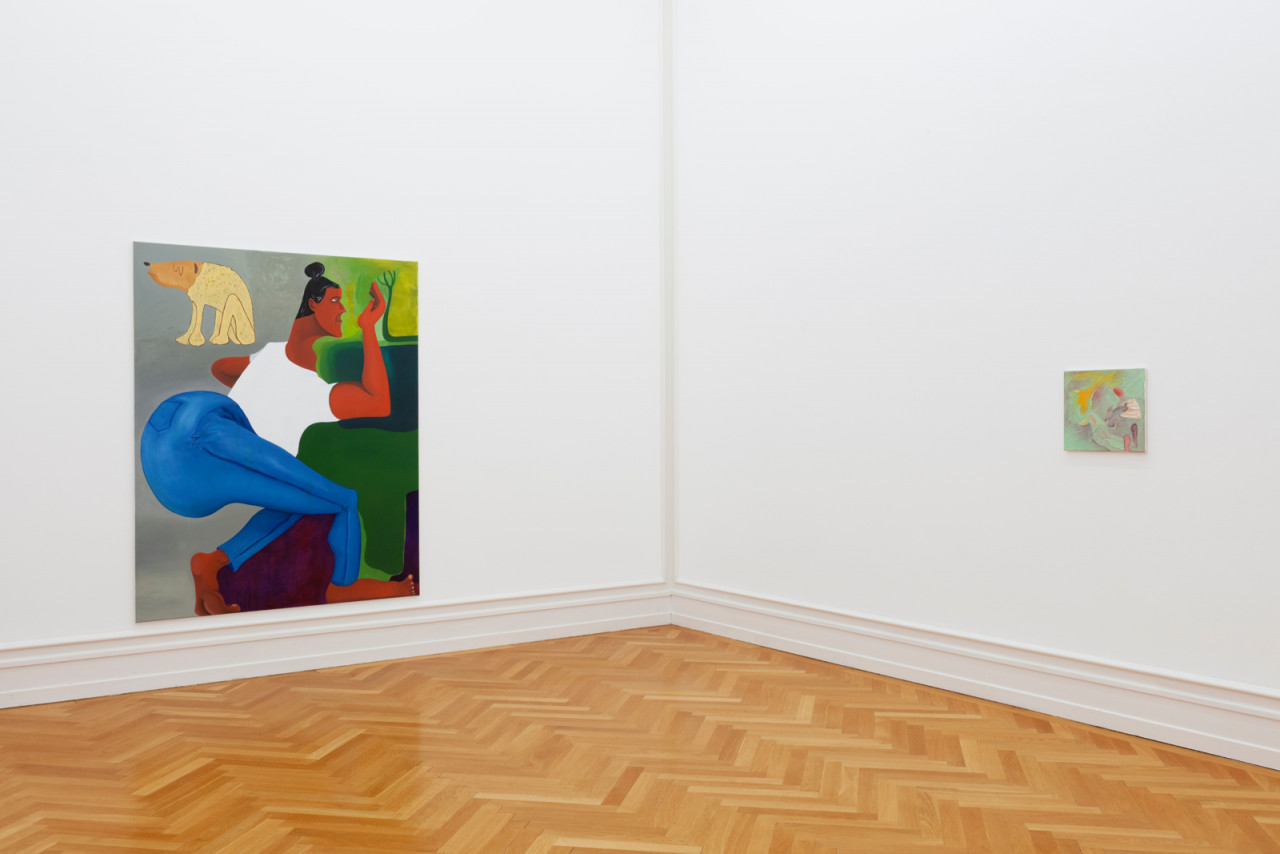 You are in a world, where else should you be? But are you actually in it? Or are you always already in the process of leaving it? And while walking out of it, you immediately move into it again.

Vittorio Brodmann is a painter, although his practice also comprises drawings, performances, videos, and sculptures. His pictures have a soothing and relaxed effect, yet despite their lightness they are anything but innocent. Next to an occasionally almost childlike disposition and the attendant abysses, they inherently reflect upon the preconditions under which one can paint in the first place nowadays. Brodmann is informed by the knowledge of the concrete battles surrounding the question of whether and how one can paint today, but not with the skepticism of a meta-painter. His brushstrokes are not hesitating, and he doesn’t work with withdrawal, delay, and the promises of those pictures that could be painted, but for which one repeatedly finds reasons not to paint just yet. He does not exclude all these doubts, but skips them by bringing other driving forces into play, ones that raise his down-to-earth painterly stance from of its foundations. Brodmann paints looking forward, with energy and imagination, to step out of the shadow of possible impossibility and arrive not at a lack but at abundance. As powerful and dynamic as his pictures may appear, he has been aware from early on of the problematic proximity to “grand painting.” The specter of the hero, who hits every nail right on the head, turns into the figure of a comedian, who goofs up.

Brodmann was dedicated to the small format for a long period of time, it became a characteristic feature of his art. But since it can also be a question of how grand gestures might not be meant, some of his pictures have now evolved on large canvases. This also arises from the sense of necessity to bring the motifs often appearing like in a torn-apart comic strip onto a larger, uninterrupted surface. Simultaneously, the means of painting are reduced in relation to the growth of the ground in favor of drawing and watercolor. Brodmann’s painting is characterized by figures morphed into an intermediate, fantastical world, where they reveal at times human, at times animal, and often chimerical traits. They frequently appear in groups of two or more, either in a dialogue or isolated as individual beings. Some figures have distinct contours, they are tangle subjects. But many others appear disintegrated or seem to merge with each other, and instead of establishing civilized contact, they form grotesquely intertwined bodies. The seemingly friendly tumults repeatedly threaten to turn neurotic, and some motifs jump at you like Jack-in-the-boxes. At the same time, they also possess quiet sides, and amidst atmospheres of emotional turmoil figures of lonesomeness are depicted. 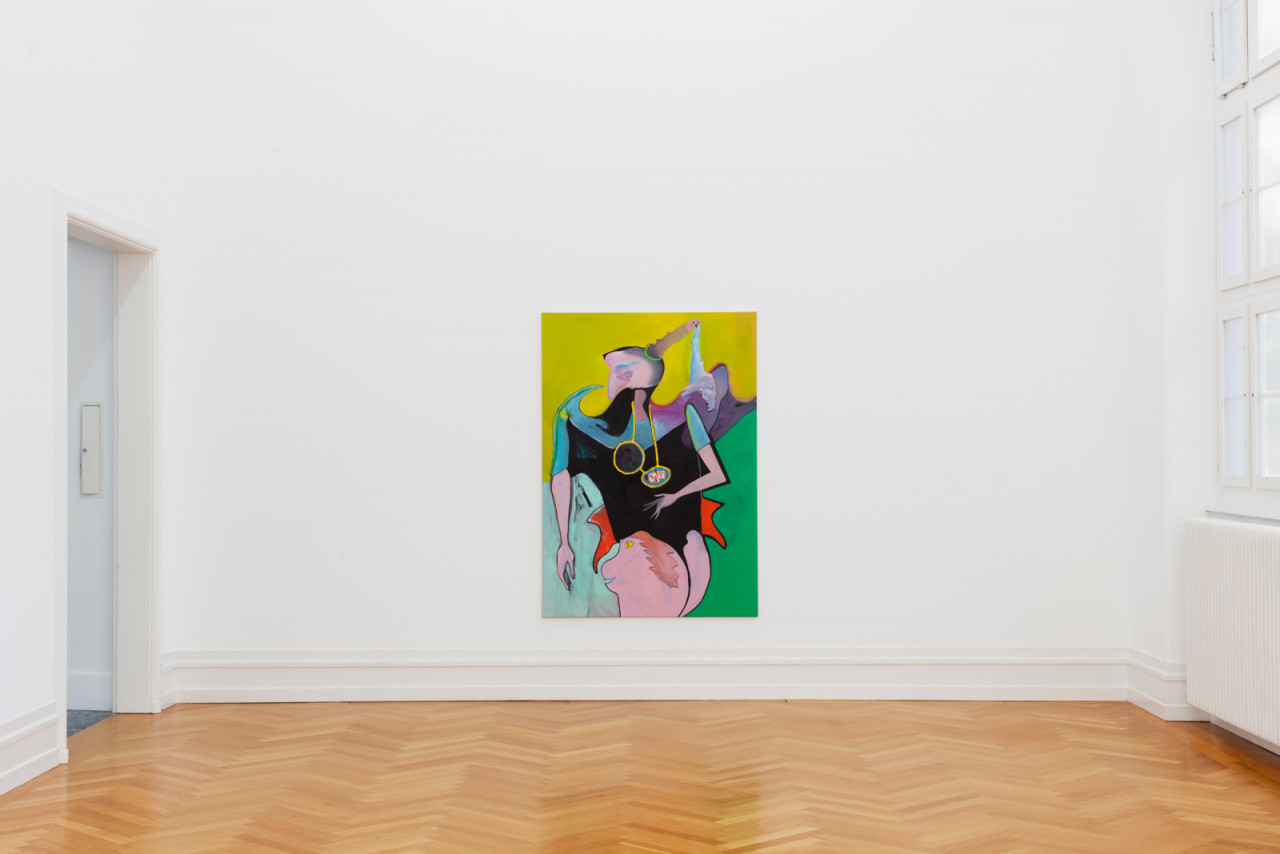 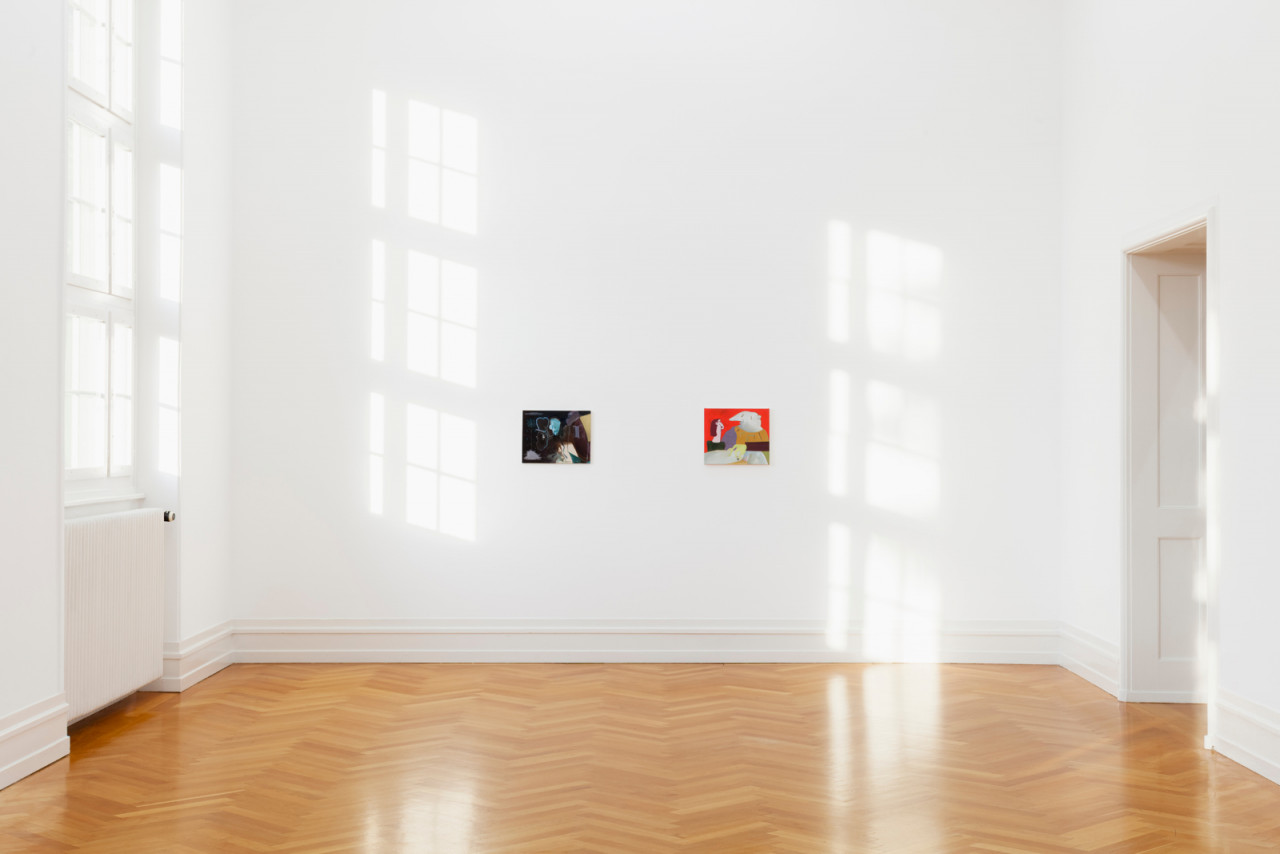 Brodmann does not paint realistically, but works with techniques of distortion and intersperses his paintings with carnivalesque and comedic moments. In each picture, a shimmering spectacle of social conflicts, negotiations, and agreements is presented. These are states of emergency of porous inner worlds that are constantly infused by the outside and that turn their backs on the authoritarian expectations of orderliness. 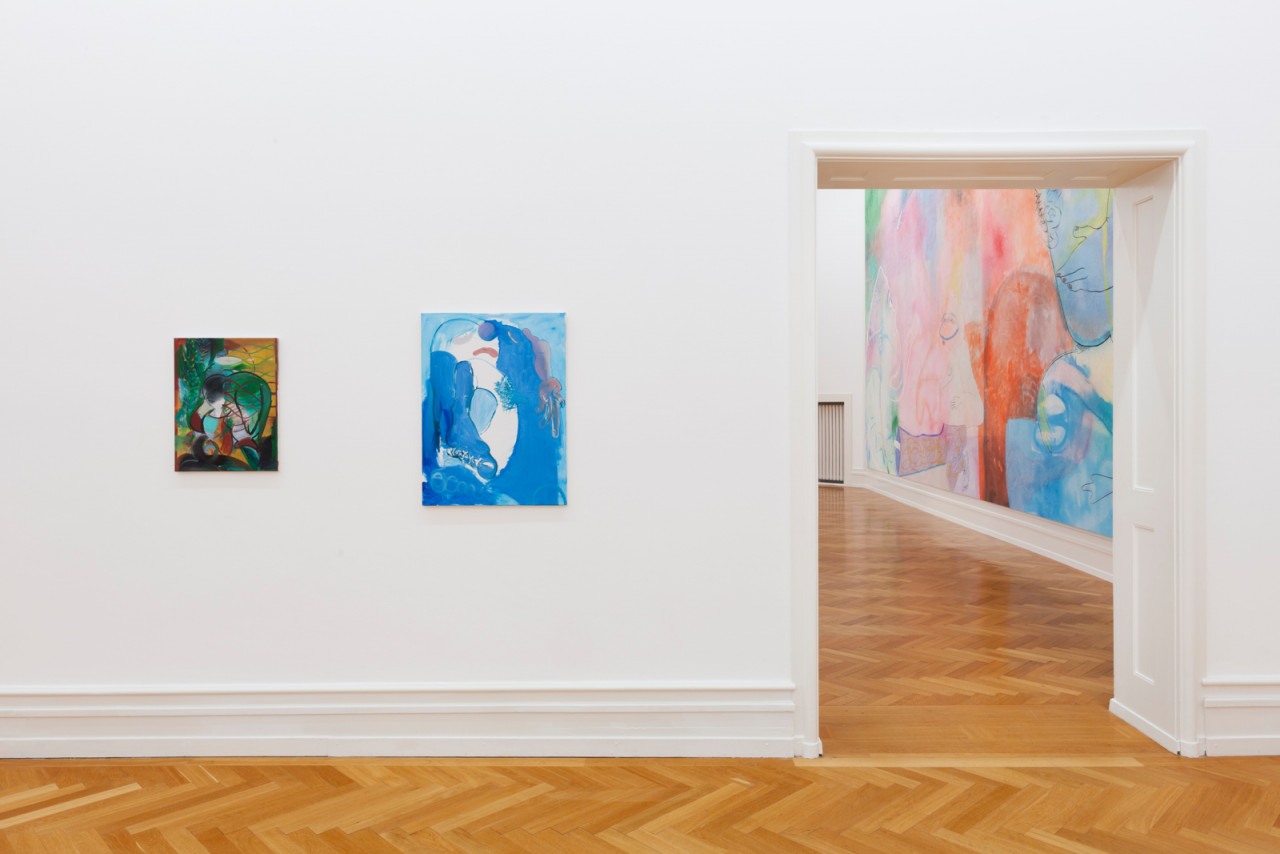 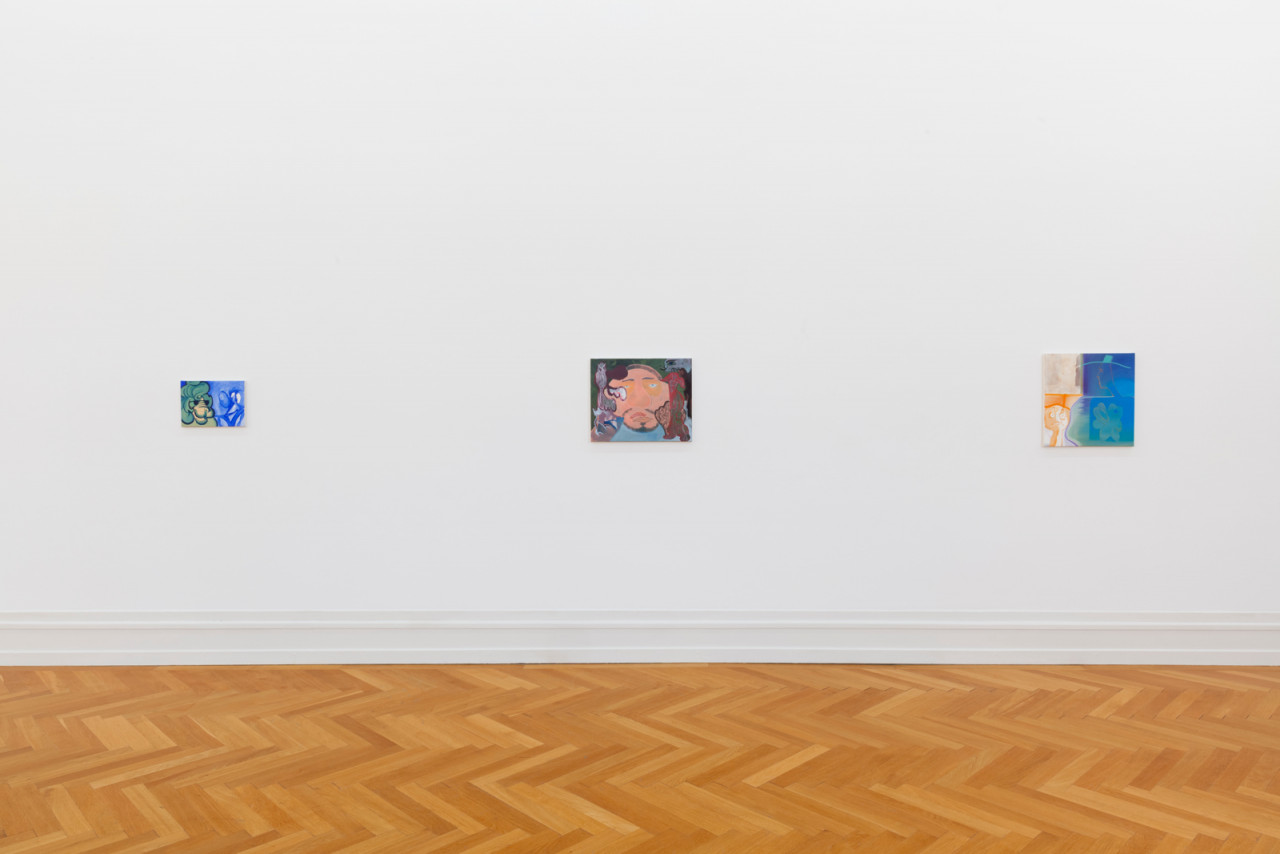