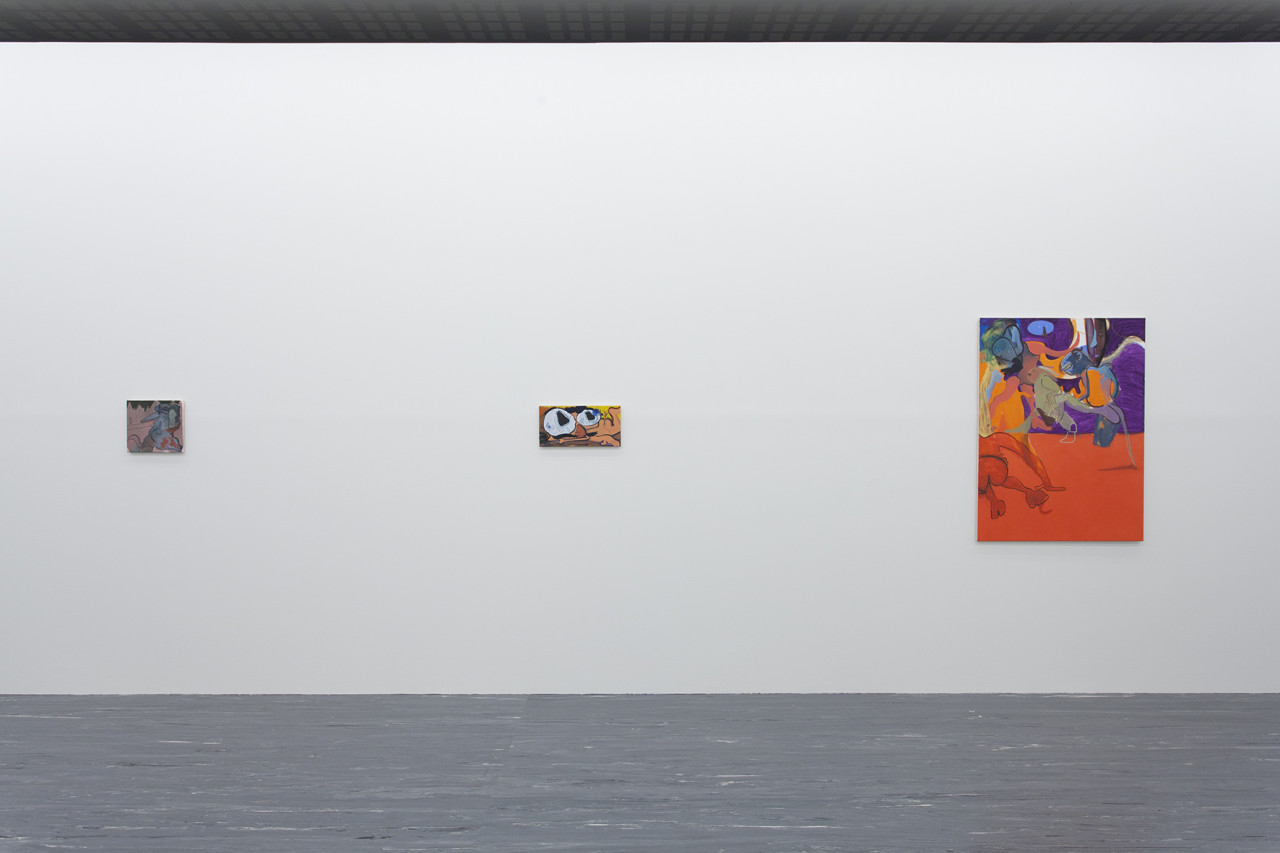 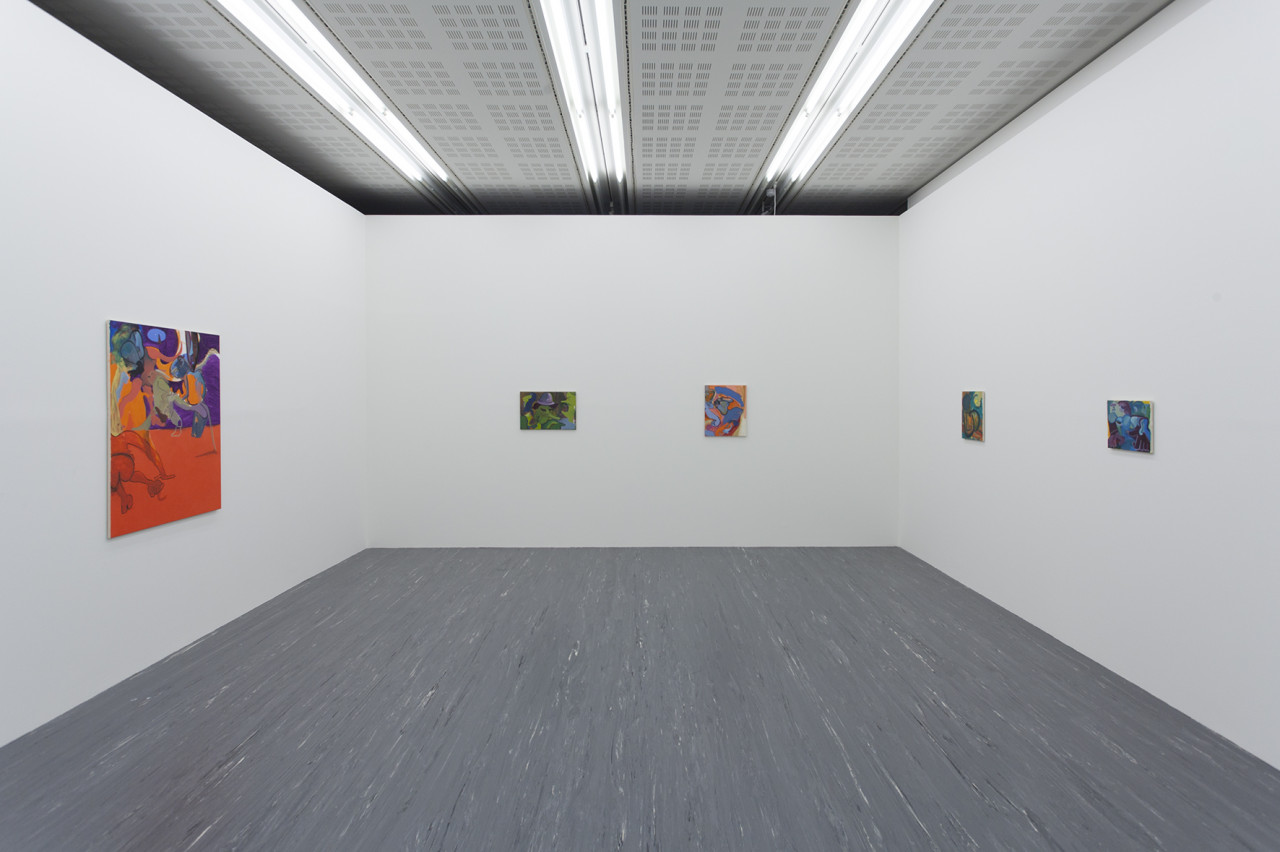 Currently, the odds for painting are anything but favourable: art is presently negotiated post-ideologically, post-categorically, and post-classificatorily. It is produced in a post-avant-garde fashion and in post-studio practice. “I’ll be off then,” art whispers to modernism while it checks on Facebook where the town is being painted red. So what has happened? The belief in an artist’s genius already disappeared from the scene in the 1960s, and since the late 1990s it has become extremely difficult to agree on least common denominators when it comes to ideas and ideals. Instead, the motto is “anything goes”. In any event, it now takes the greatest effort imaginable to discuss the individual art disciplines separately from each other – artists stopped limiting themselves to a single medium, let alone a permanent studio, a considerable while ago. Under these prerequisites, one would assume, the endeavour of painting should long have been dismissed.

Yet today the very contrast between our daily lives, permeated with digital media, and the physical world seems to make painting attractive again. It is no longer expected to represent reality and is therefore above any suspicion of manipulation. And, what is more, it has remained direct and authentic. It is the actual proof for the existence of an acting subject: it seems that through it one is able to catch a glimpse of a paint-smeared artist’s psyche. As nostalgic as this understanding of painting may be, the desire for closeness appears to be all the more real. Nevertheless painting seems to embody all the resentments one might harbor towards art today: it is like a poor parody of art. These are the circumstances under which art is produced nowadays, especially that of Vittorio Brodmann. 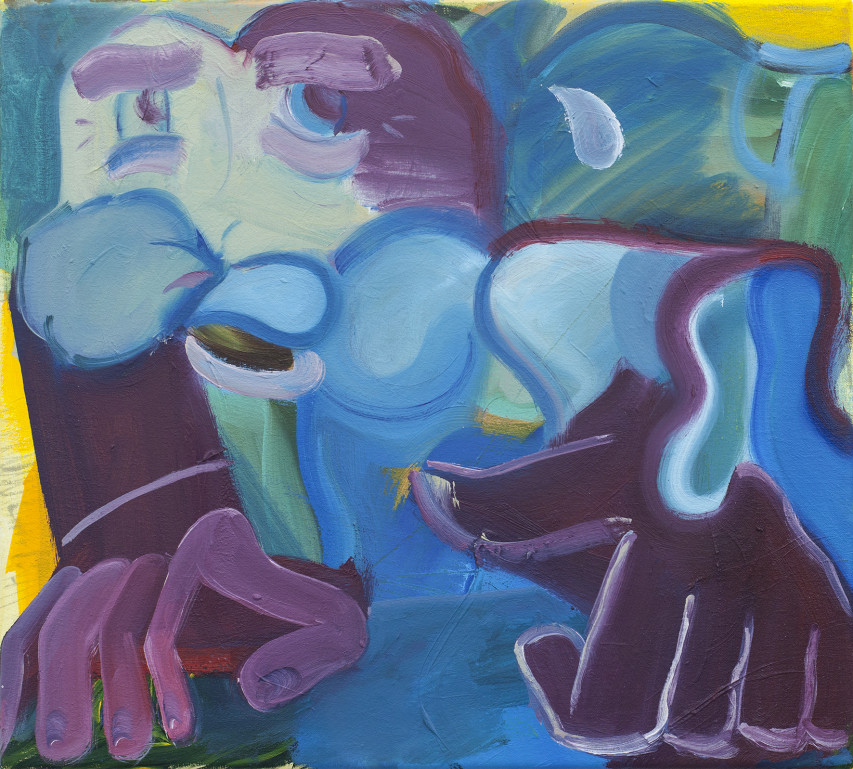 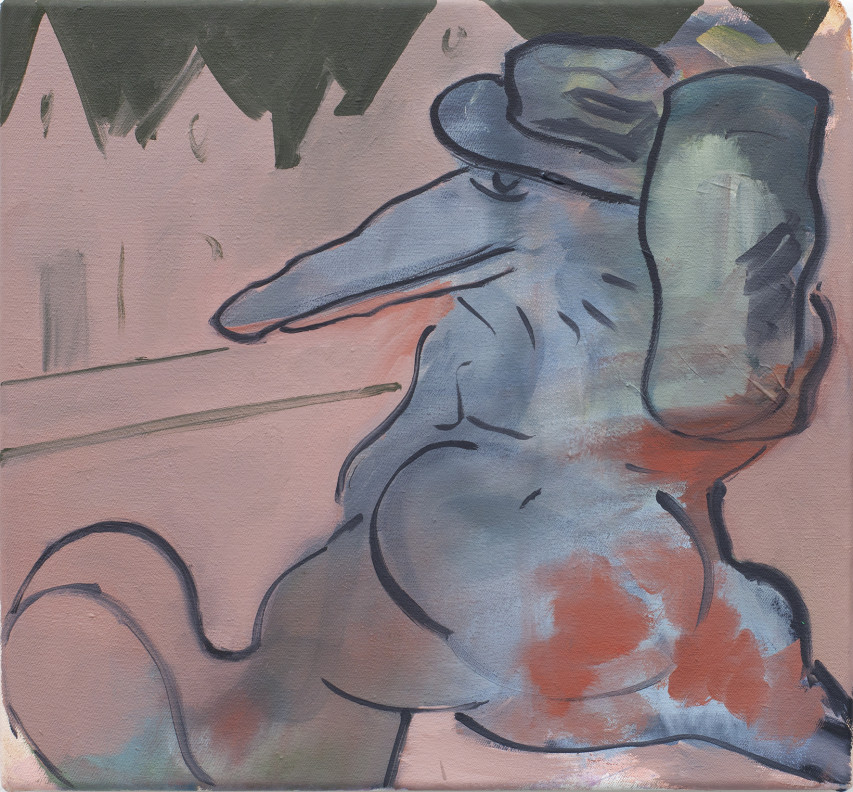 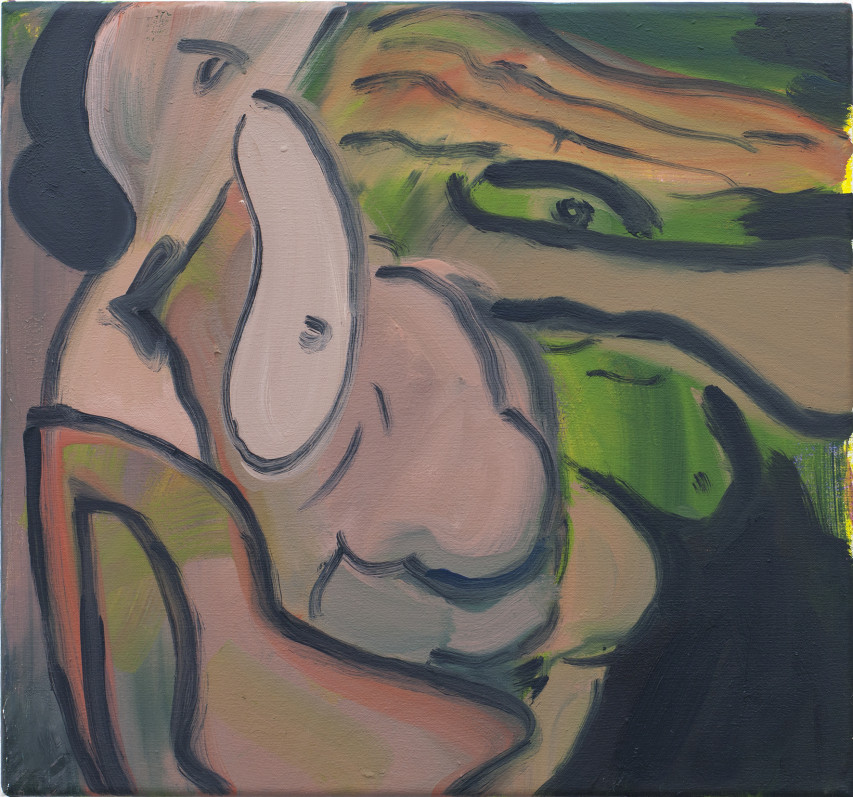 His paintings are small, rather not meant to be viewed from a distance, and they depict anthropomorphic creatures. Would it be necessary to assign them to a genre, it would probably be fantasy – if only because of the colors. His characters walk, lean, sit, look around, stand upright, and recline within a picture’s space, with figurative and abstract elements creating an equilibrium between the respective pictorial worlds. The artist produces little narratives with his protagonists making use of the space of color as a stage for totally ordinary postures.

An exaggeration of everyday life to the degree of dysfunctionality is the specialty of daily cartoons and comic strips. It can hardly be overlooked that Brodmann has appropriated their language. His artistic practice relies on comedy and is potentially linked to slapstick. Situation comedy always requires a space for action – in Brodmann’s art, this starts with equating the figures depicted with painterly gestures and extends as far as performance, which the artist increasingly allows to accompany his pictorial work. He has thus begun to enlarge the sum of gestures referred to as painting.

Within the pictorial space as such, though, he limits himself to painterly narration. His anthropomorphic figures are character heads one readily associates with certain traits. The colors also leave room for speculative conclusions as to the states of mind of the figures and the artist behind them. The artist suggests and imitates emotional worlds that encourage interpretation.

Brodmann plays with the allegations made towards expressive painting and with the expectations towards the medium in general. He exaggerates the gestures of painting in order expose them as projections. He does not paint stereotype paintings, but uses clichés from the everyday life of art as a meta-motif. 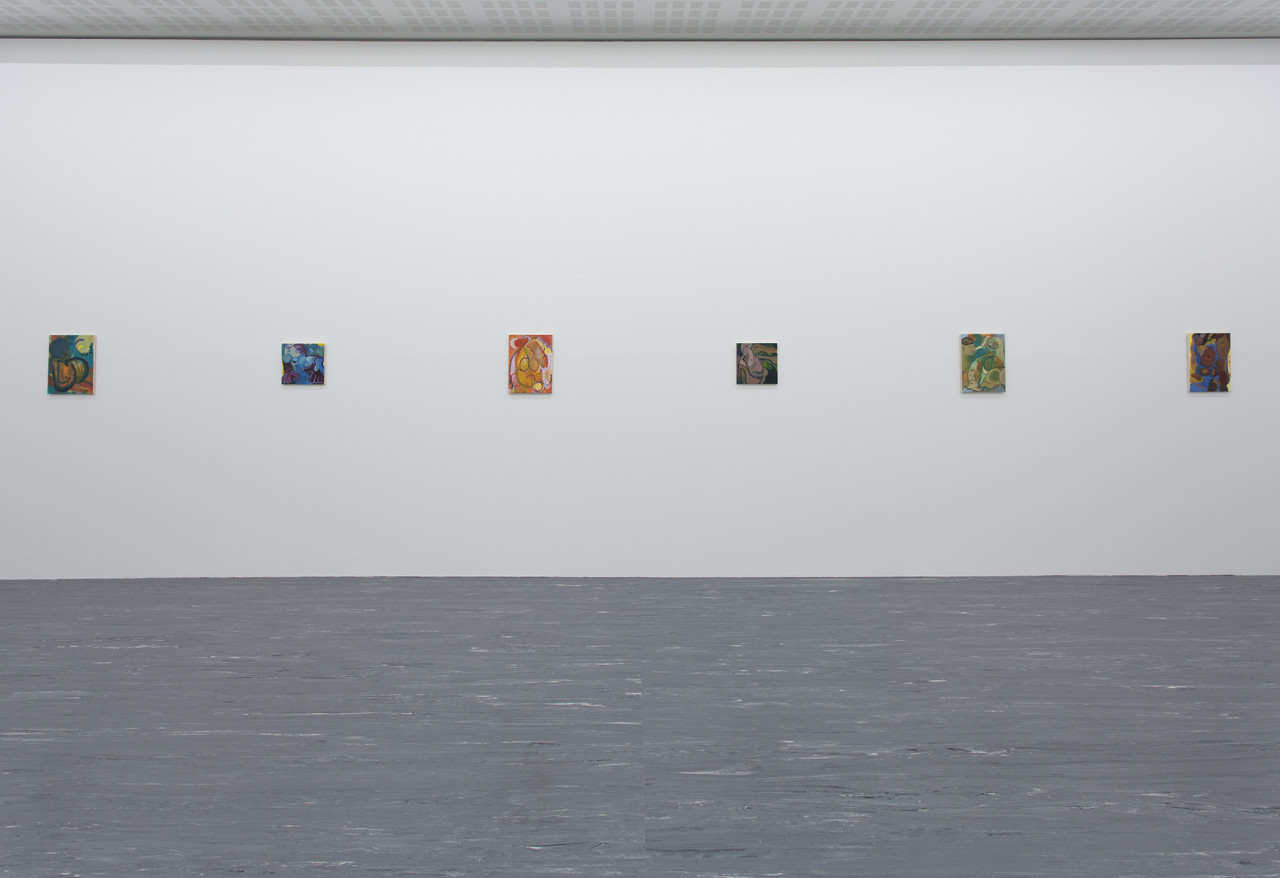 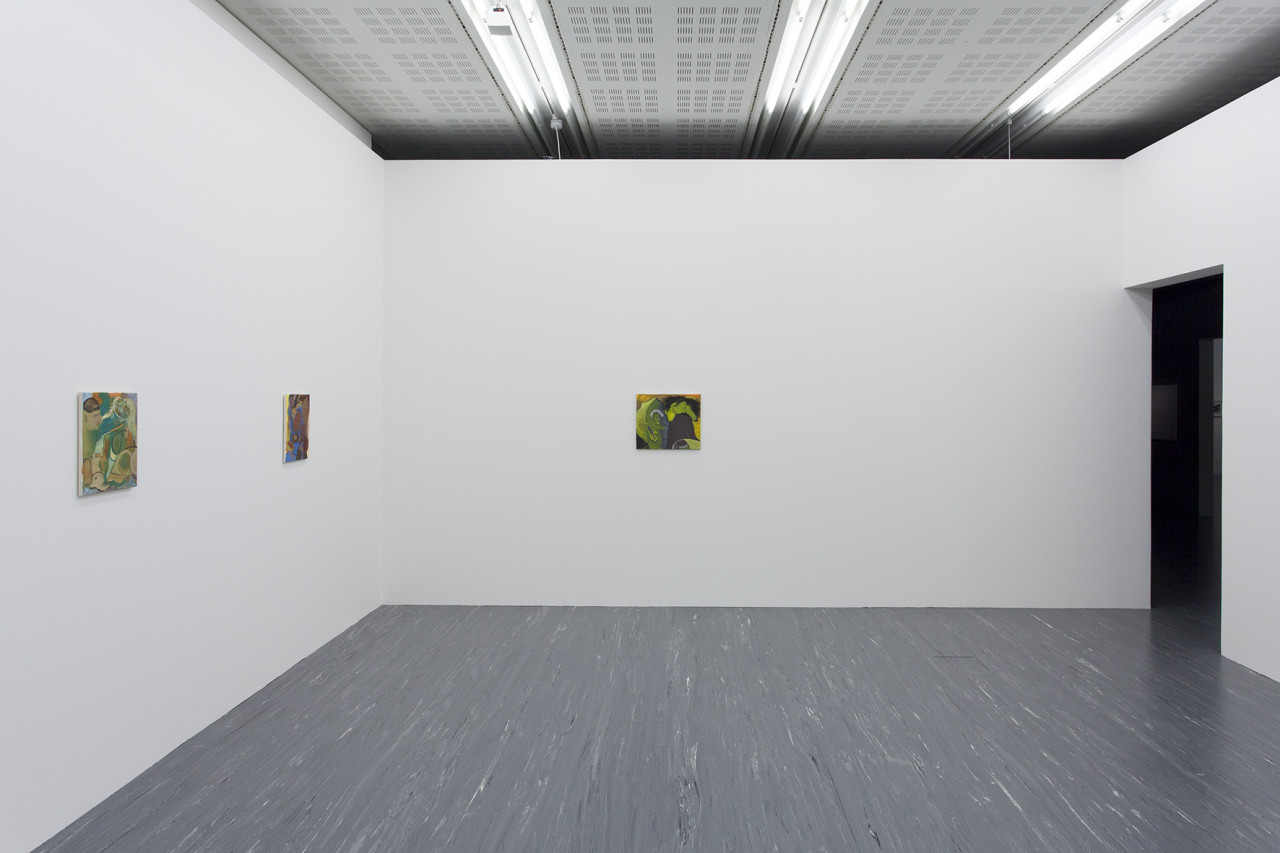 The representation of creatures in combination with the display of gestures related to them results in pictures that do not give an atmospheric impression, but rather appear to be characters themselves, with their own peculiarities. They are complex types presenting the various aspects of their personalities. In fact, they are nothing but the wider circle of friends one primarily perceives via postings on the Internet.

In the end, Brodmann’s fantastic images subsume the essence of what painting is capable of accomplishing today: they are friable in their presentation of reality and at the same time representative in their reference to a system of visual signifiers. 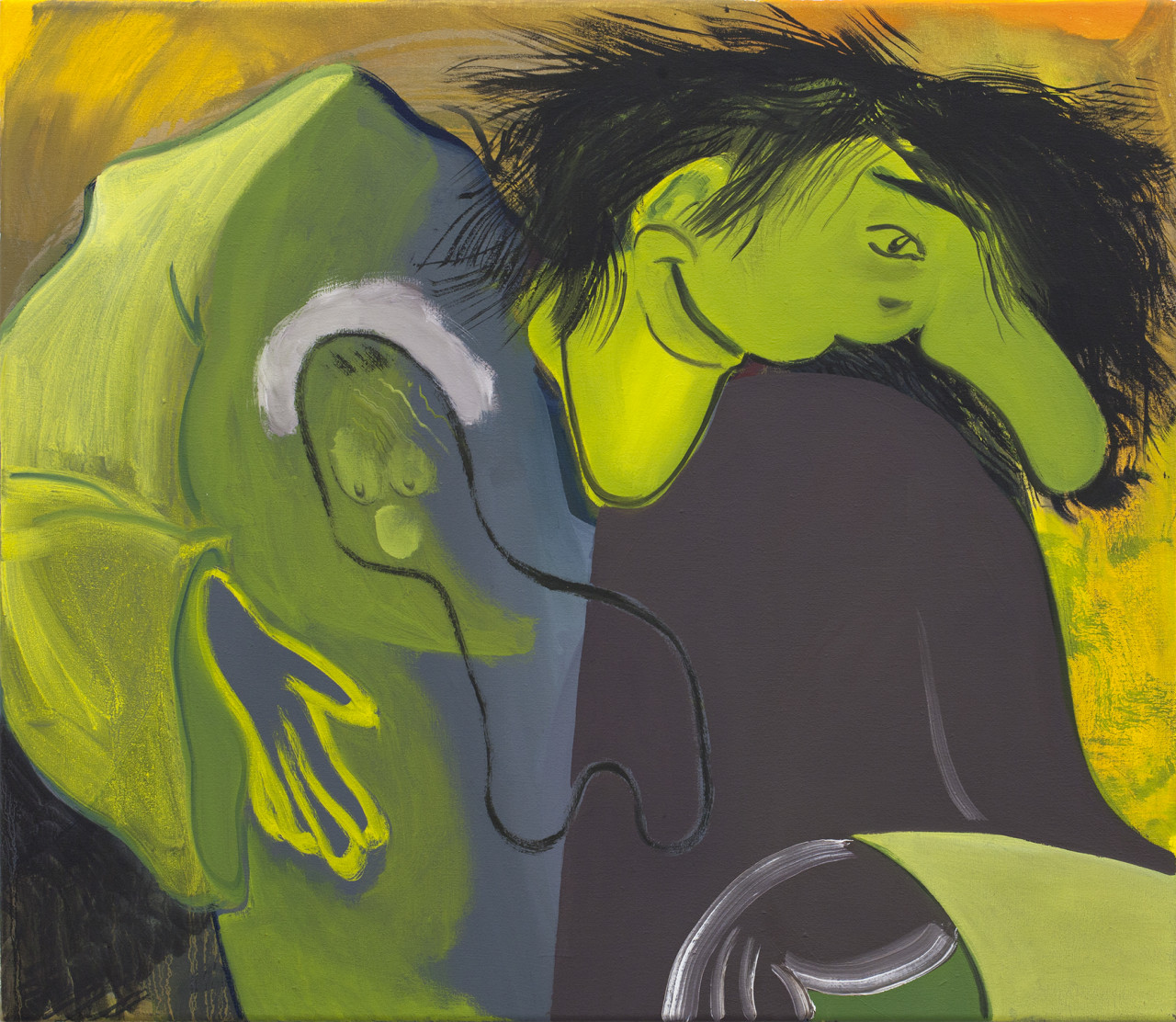 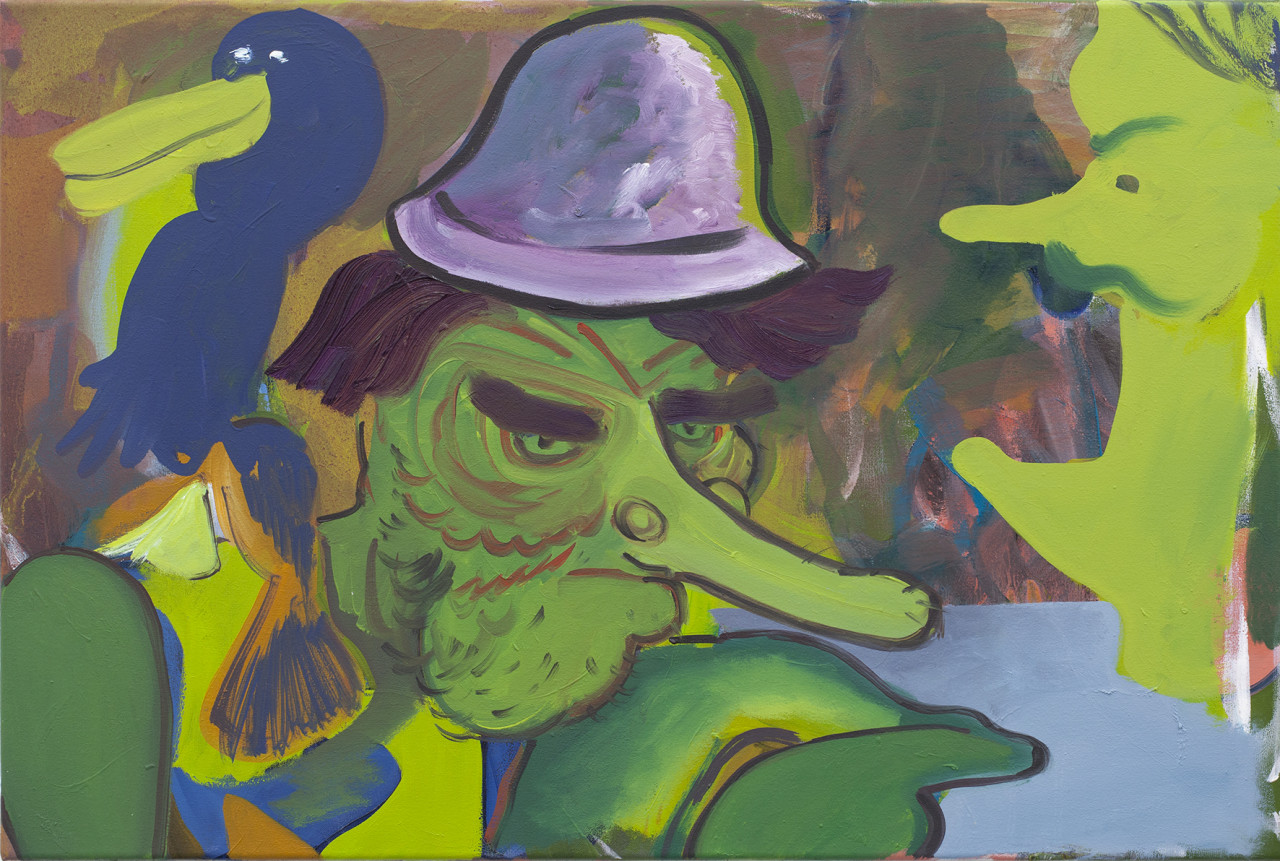