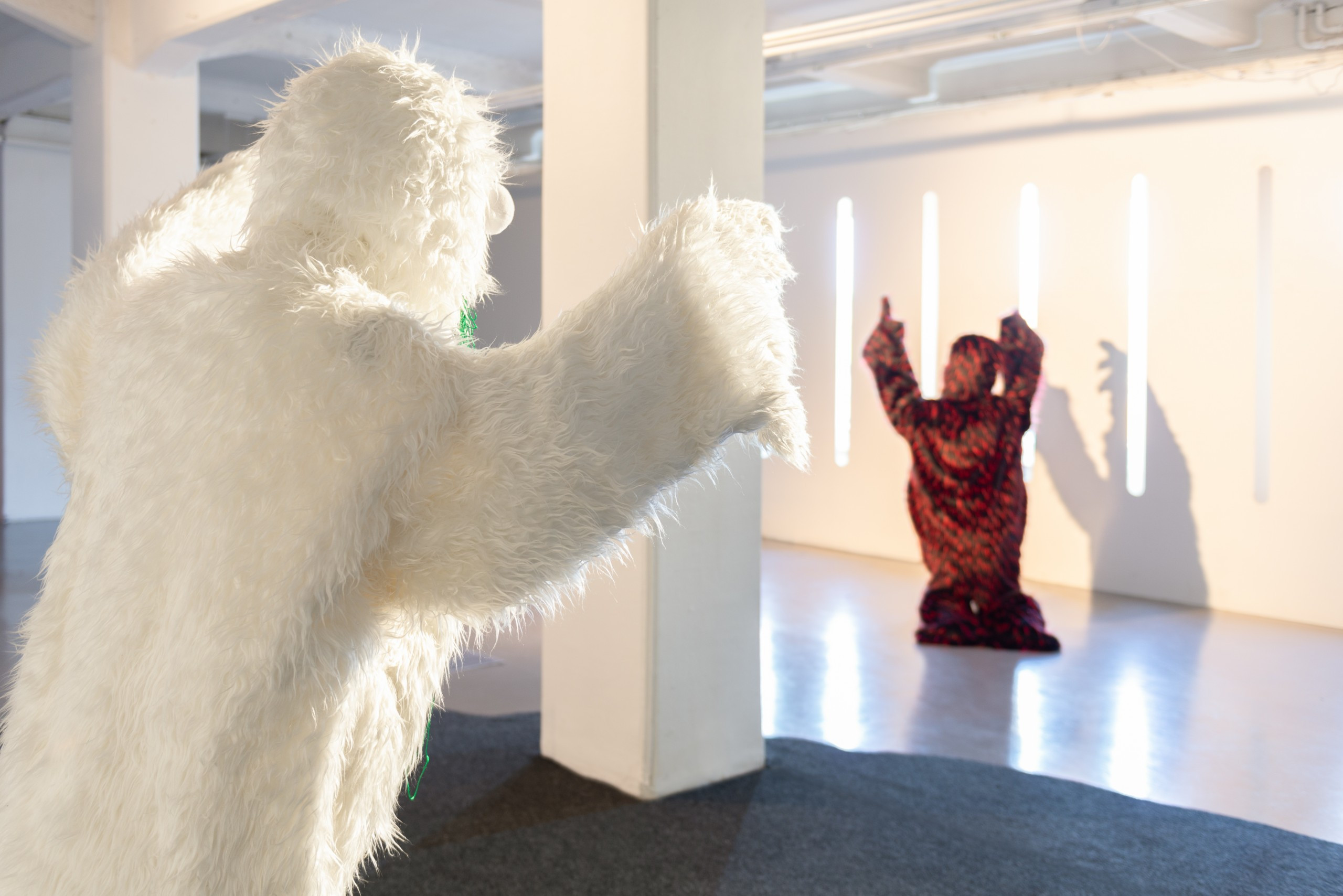 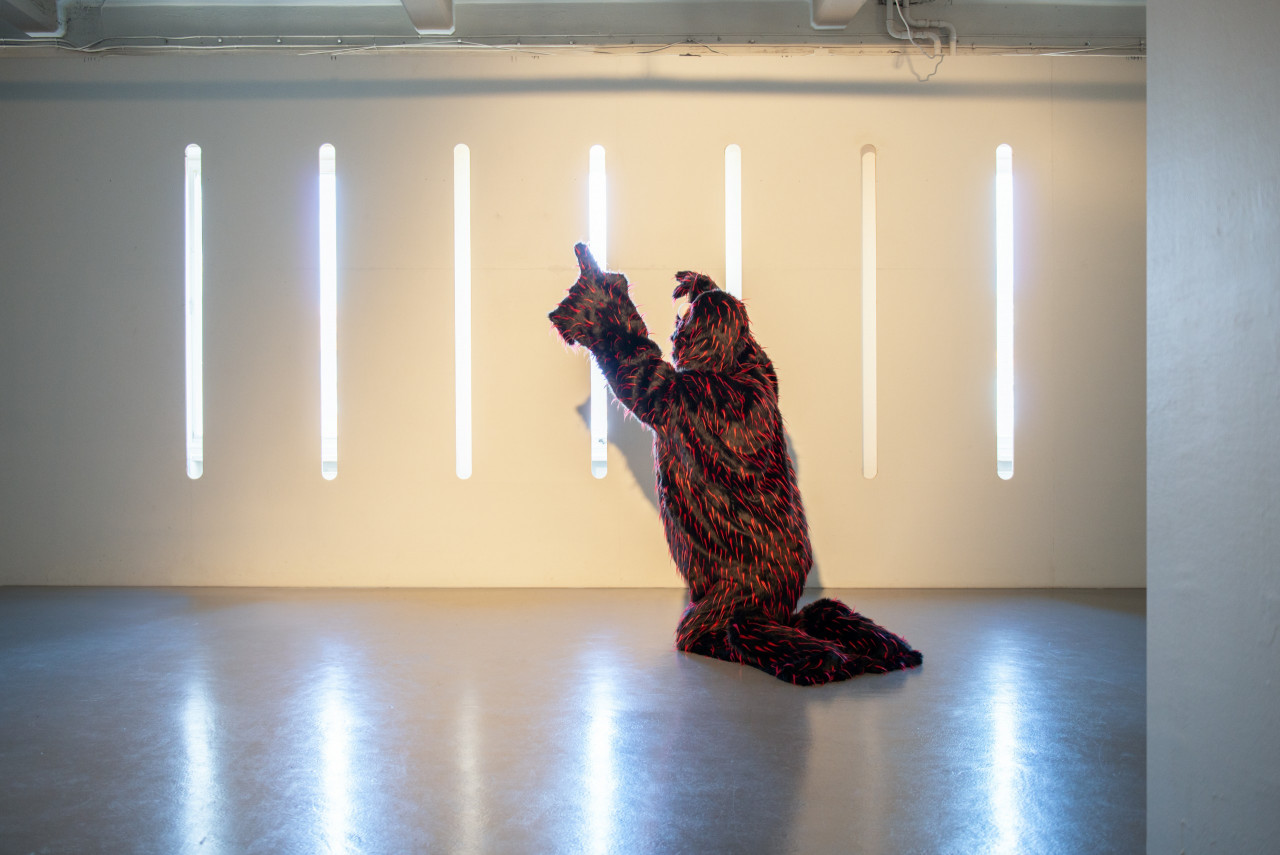 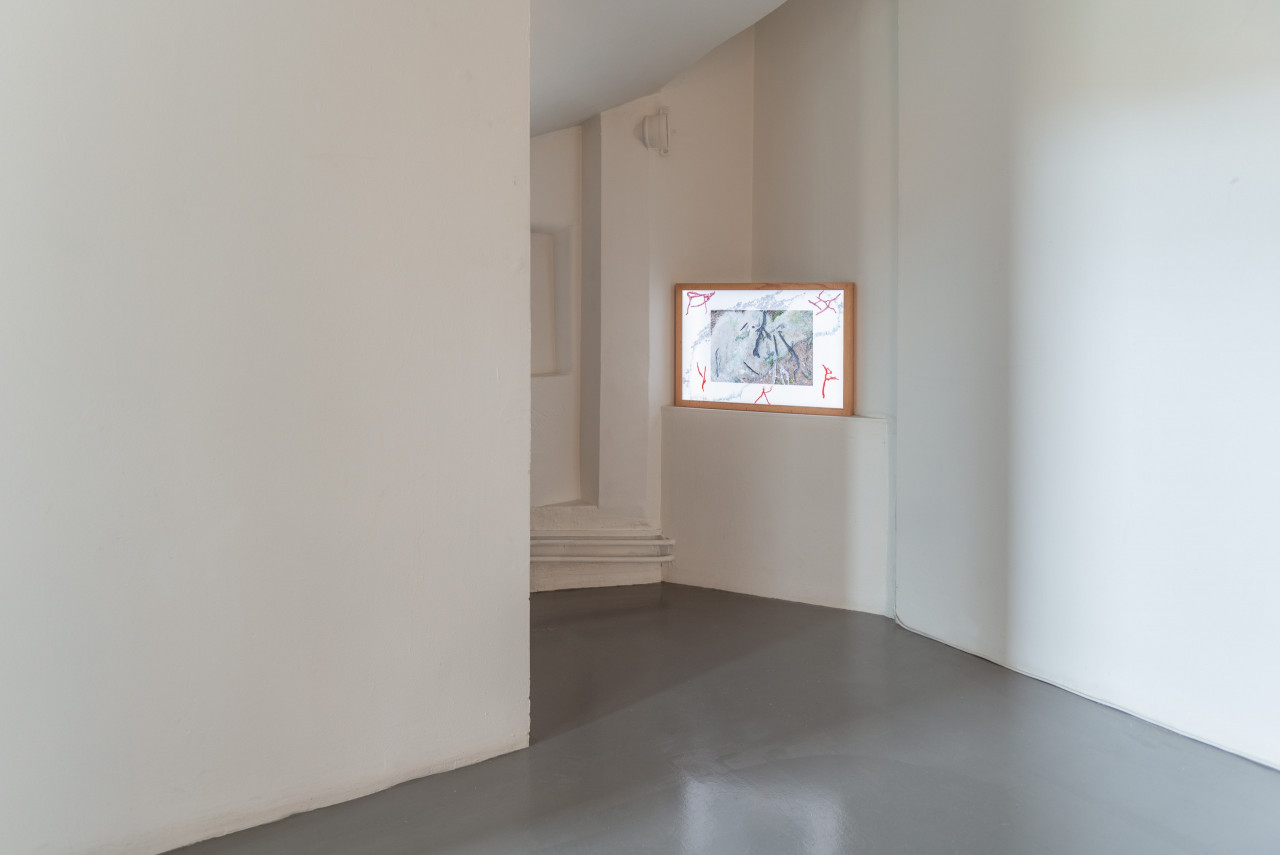 Curatron is an online software tool and algorithm that selects artists through an open call to exhibit with each other. The two artists did not know about each other before being put together. With a notice of only three months beforehand, Håkan and Stefan got together and started to work towards the exhibition.

Power Ekroth: Even though you did not know about each other before you were put together, you have chosen to work collaboratively, yet with very separate works for the show. Can you tell me a little bit about the process that led up to the show?

Stefan Tcherepnin: I came from New York to Stockholm last November, initially because I was granted a residency at IASPIS, but also to relocate with my partner and our son (who are both Swedish). Admittedly, I did not fully understand what Curatron was, but figured I had nothing to lose by throwing my name in the hat and I didn’t really expect anything to come of it. I was pretty surprised when, two months ago, I was notified that I’d been selected to have a two person exhibition in May. Initially, I was a little hesitant to accept this opportunity. Håkan and I were presumably mutually entirely unfamiliar with one another. Not to mention, the timeline seemed extremely thin to me, considering I would have to make almost entirely all new work for the show. On the same token, I have always been a little bit of a gambler, and the fact that we were essentially two strangers being paired up for an exhibition was kind of intriguing to me.

Håkan Lidbo: The way I make art is quite different from Stefan’s so it took some time to find common ground to approach this exhibition. But in our discussions the concept of “Gravity” emerged. In the sense of a method of collaborating, our ideas circling around each other, slowly gravitating into the same planetary system. Maybe our respective pieces never truly meet, but they co-exist in the same gravitational dance. But also gravity in the sense of the reality in which we all live, where culture and art evolve - and as a musician, I see it as the invisible natural force that I believe music aims to express.

ST: That the exhibition could end up being either a success (i.e. joyful, exciting, interesting) or a total disaster felt sort of like a life or death situation. Either way, the result would be something unexpected and this is what attracted me.

My entry into the art world was through working collaboratively and collaboration has remained a core element to my practice all along. So the idea of jointly navigating and negotiating a space, as well as the objects, non-objects and concepts at play within it, is not new to me. But my collaborators have always been people who are already quite close to me, like family. This seems like a good opportunity to embrace the potential of collaborating with new friends and expand the family.

As Håkan mentioned, our discussions led to the idea of gravity as a common core concept underlying the exhibition. As a gambler, I tend to believe that chance is propelled by forces akin to gravity. So in a sense it was gravity that drew us together in the first place. The works we chose to include in this exhibition, and the processes by which they intersect and overlap, are driven by a kind of abstract notion of gravitational push and pull.

PE: Håkan, you are exhibiting several installations consisting of instruments in settings similar to board games. Can you tell me about what interests you about the relationship between gaming and music?

HL: All my life I’ve been looking for music that I haven’t heard before, music that “blows my socks off”. Moments of revelation when I almost could feel the synapses in my brain re-arranging. I have explored lots of different music throughout my musical career, so unfortunately these moments happen less and less often. In my work I try to find out what music could be, except what it already is. Not so much as a composer, but more in the sense how music is performed, experiences and consumed.

My other focus is board games. When I play a new board game built on new principals, new game engines, it has the same effect on me; I can feel my neurons re-arranging. So I’m trying to invent board games that challenge human fallibilities in the ways we think; 3-dimensional space, meta levels, non-linear space, predicting the future etc.

I’m also interested in games and musical instruments as purposeless objects. They are some of our oldest cultural artifacts, from the earliest civilizations all over the World, and still they serve no practical purpose. But they are so intimately connected to our culture that they seem to be a part of the human construction. When we are children, we “play” to practice what it means to be human - and later in life, as grown-ups, when we “play” games and “play” music - maybe we do it for the same purpose.

PE: Most people might know you mostly as a musician, can you tell me about your relation to the “white cube” of the exhibition?

HL: My background is electronic music, sometimes experimental, sometimes for the dance floor, most often both. And one thing that I appreciate in alternative electronic music culture is the anonymity of the artist. I’ve made hundreds of records but no one has ever asked me what I mean by a certain song or a composition. Music speaks for itself. In that context the aesthetics of the white cube makes sense to me. The lack of decoration, information, human presence, stories or dramaturgy makes the experience stronger. 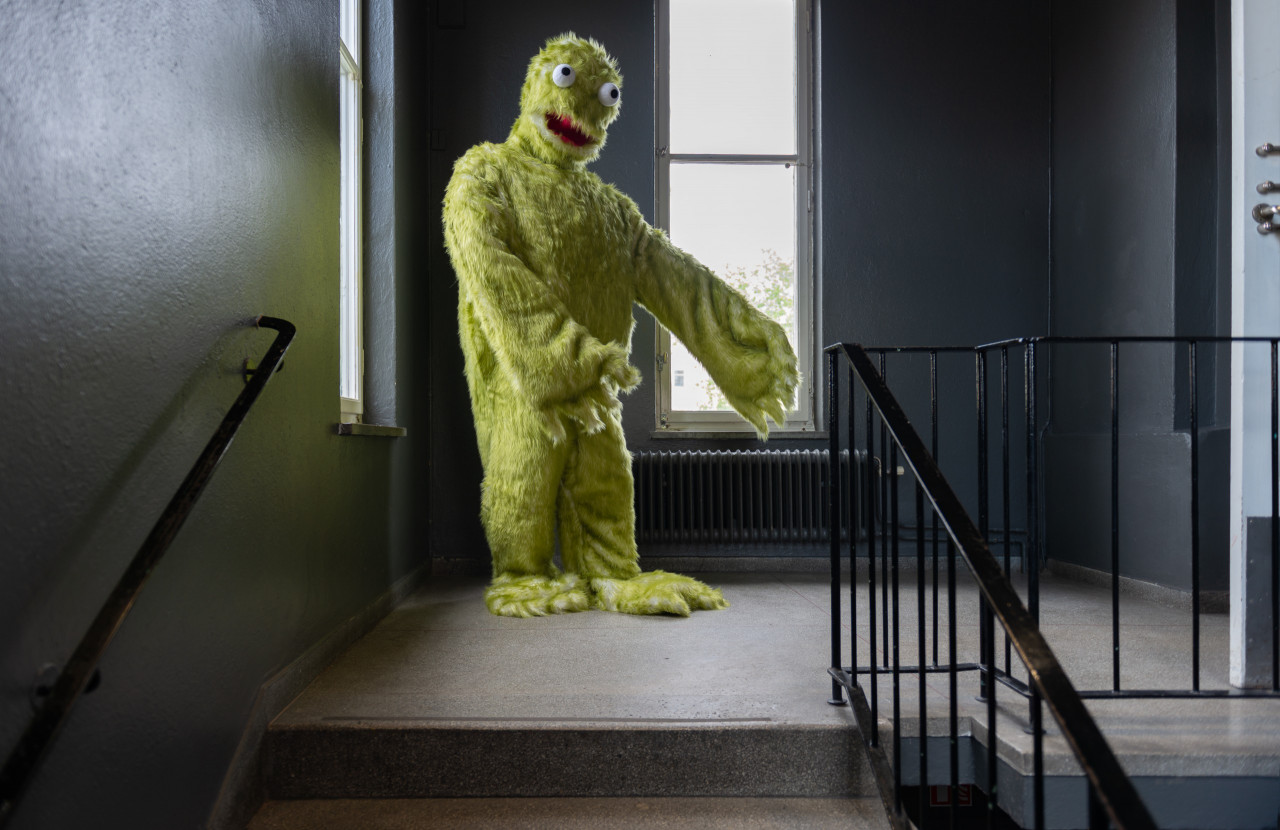 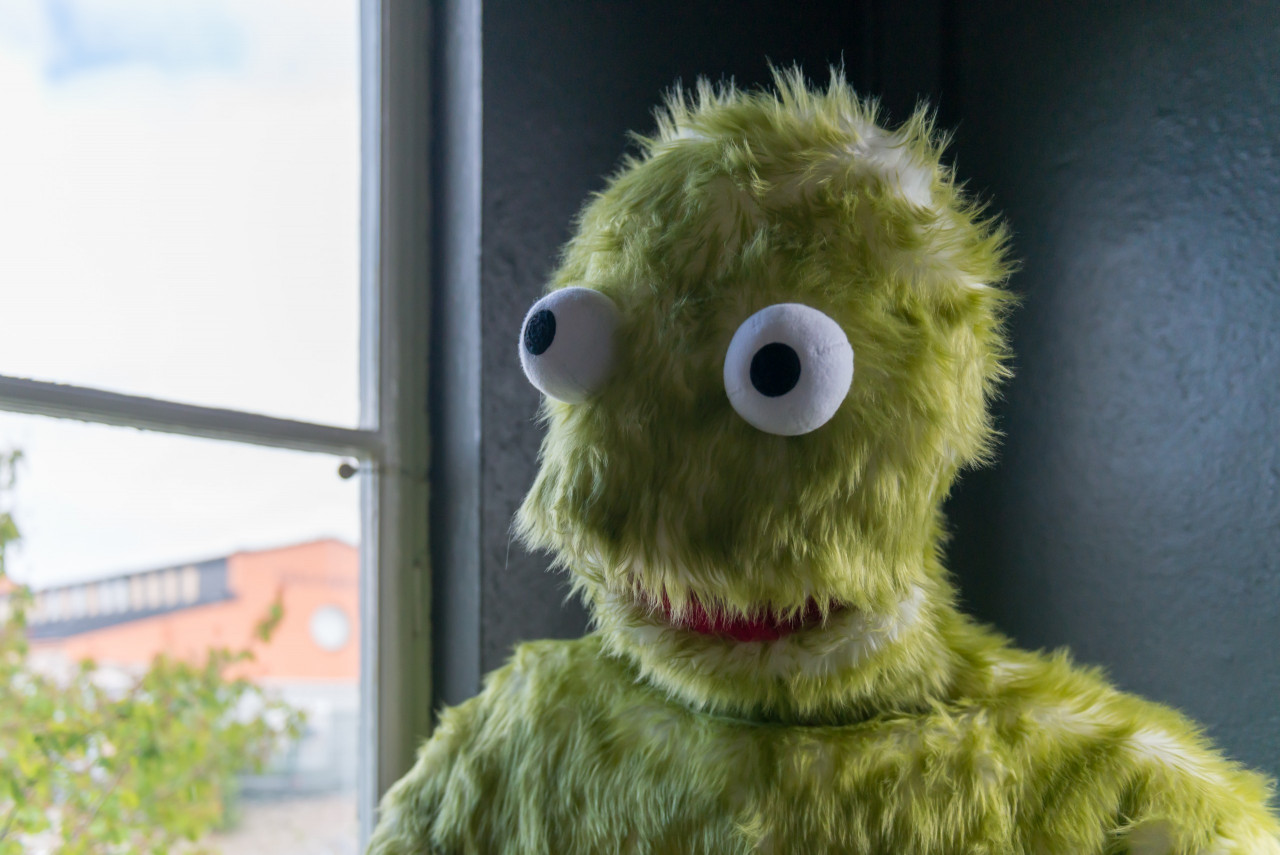 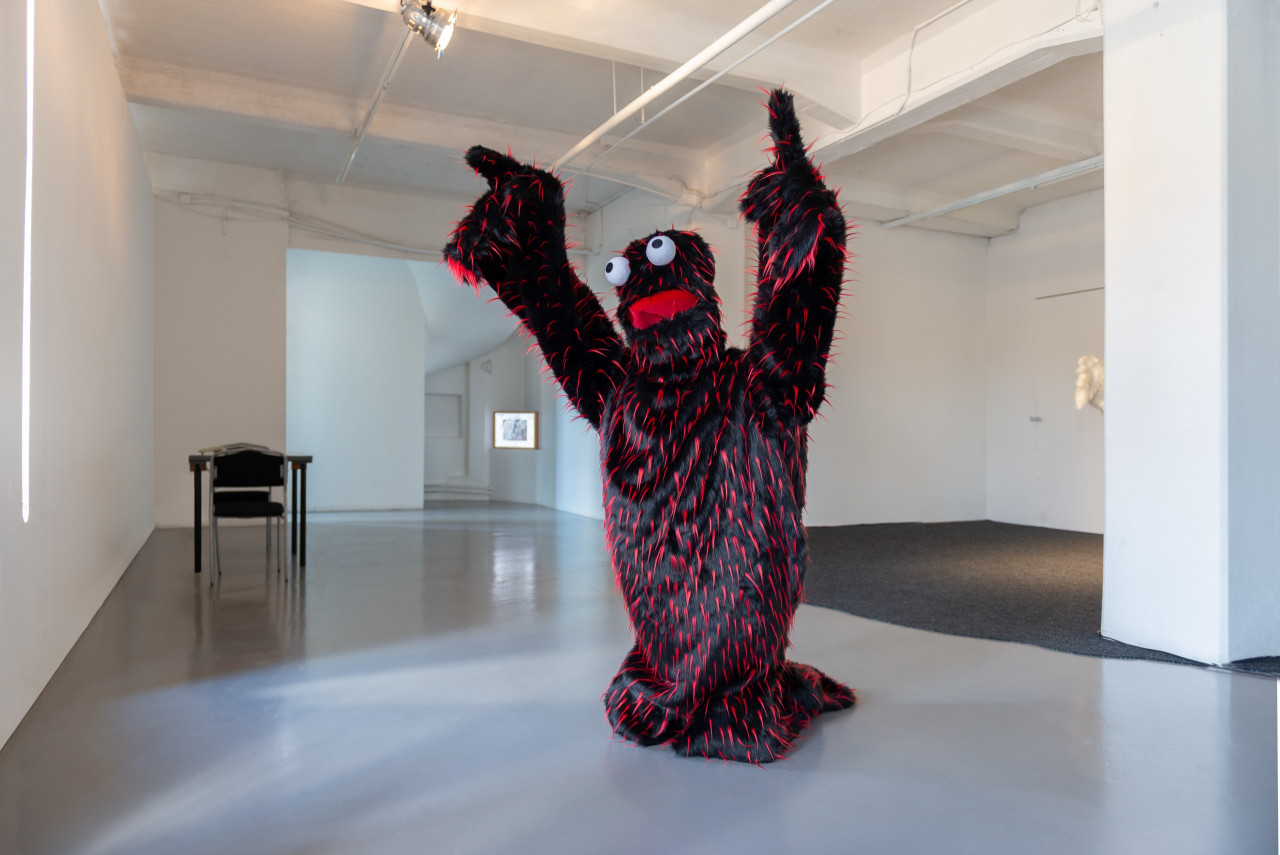 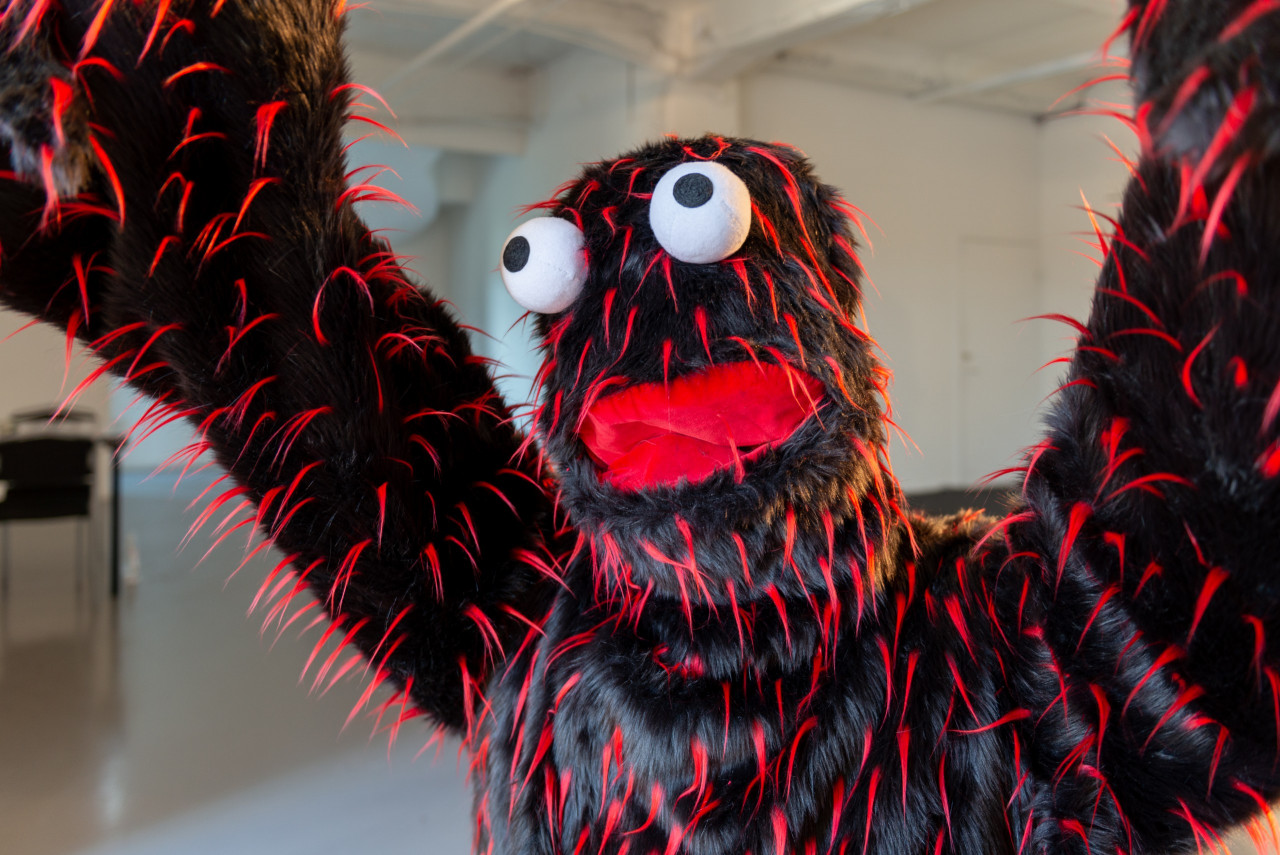 PE: Stefan, you are exhibiting sculptural objects that may be best described as deranged cookie monsters, can you tell me more about these individuals and how they integrate in the exhibition?

ST: Deranged indeed. But also, hopefully, contemplative, wise, magical, generous. It’s difficult to describe these monsters specifically without going into a detailed history of their predecessors. Each monster carries its own particular narrative(s). Often, that narrative is interwoven with, and supported by, the context in which the monsters appear. In this case, they are situated in a fluctuating environment. They are trying to make sense of their surroundings as much as I or anyone else entering the space. Perhaps they are even more bewildered than us, due to their alien-ness. The lightbox I included at the entrance to the gallery depicts symbols/words/letters- the beginnings of a “monster language”- extracted from root formations in the forest. Perhaps this functions as a kind of translation tool for deciphering the situation in which they find themselves.

PE: The exhibition will change during the exhibition period, and a series of performances by yourself and invited guests will happen, can you tell me why you chose to do this and what you wish for to happen?

HL: In many ways it makes sense to create a dynamic, mobile exhibition where the configuration is changing throughout the duration of the exhibition. Following the concept of gravity, the pieces spin around each other like planets in a solar system. It can also be seen as a board game stretching over four weeks, where the monsters and the games are the pieces, strategically trying and testing their positions in relation to each other. As the visitors will make sounds and music when interacting, together with other added sound elements, the movement of the pieces will become some sort of dance to a song with the duration of four weeks.

ST: I don’t see why it’s necessary, or desirable, to determine a fixed position for Håkan and my works in the show. There’s a certain stability in the instability of it. It feels more natural that they should shift around, like particles, in relation to each other. It opens up more possibilities, intersections and disparities, that resolve over time and morph into new configurations. There’s even, dare I say, a musical quality to it.

The weekly performances punctuate the movements of works. The performances may also fuel the transformations that take place, by introducing new energies into the space and, vicariously, into the objects within. I imagine that the “opening act” for every performance will consist of Håkan and I reconfiguring the space. Somehow, the performances are responding to the shifting orbits while also activating them.

ST: We agreed that the exhibition title should refer to gravity in some way, as that is the conceptual axis point around which the entire exhibition revolves. But I feel that the word in English carries a lot of misleading associations. Håkan beautifully described the different ways that gravity, or tyngdkraft, pervades throughout the show. I would add that this exhibition comes as a direct result of tyngdkraft, albeit a sort of mysterious manifestation of it. Aside from all that, I think he and I both agree that it’s just kind of a beautiful word. 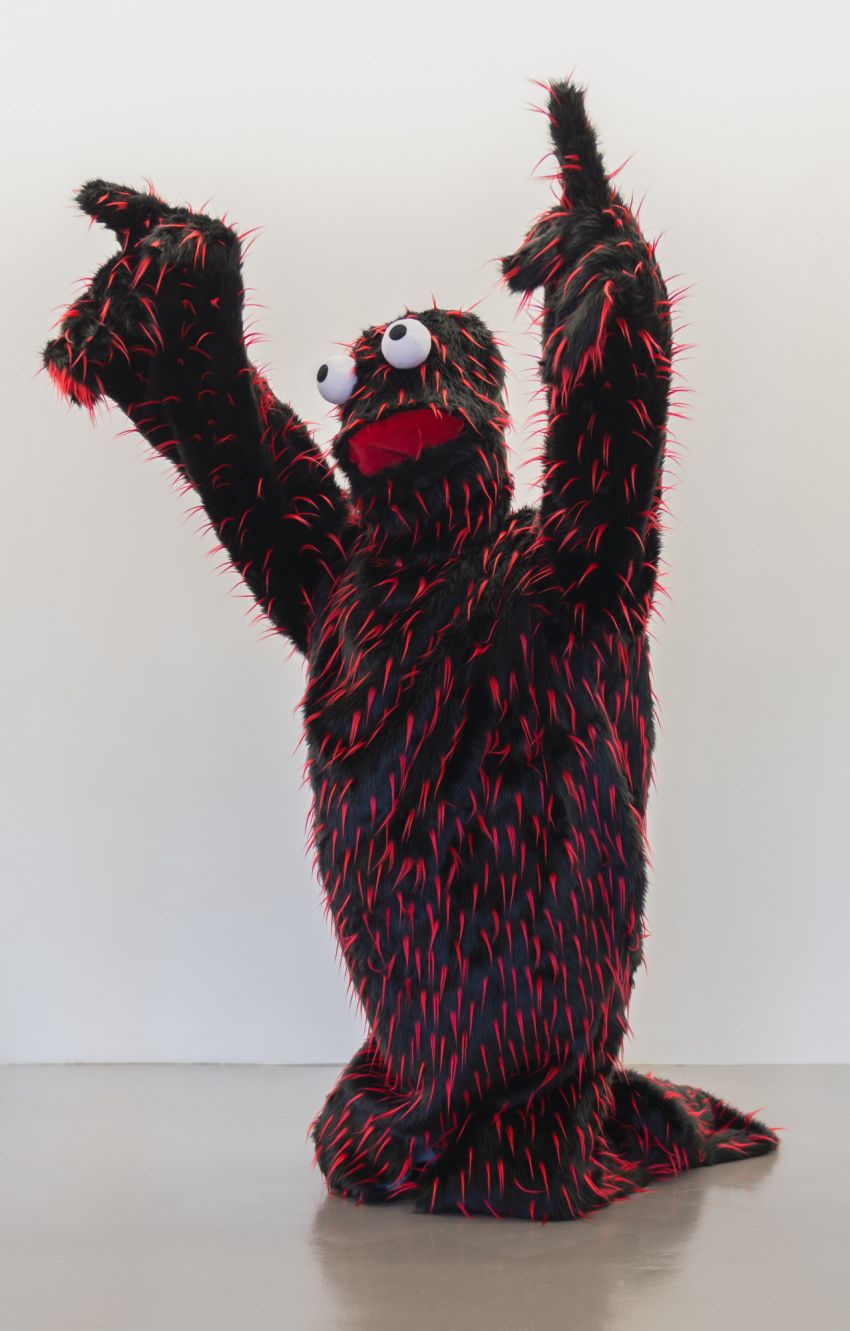 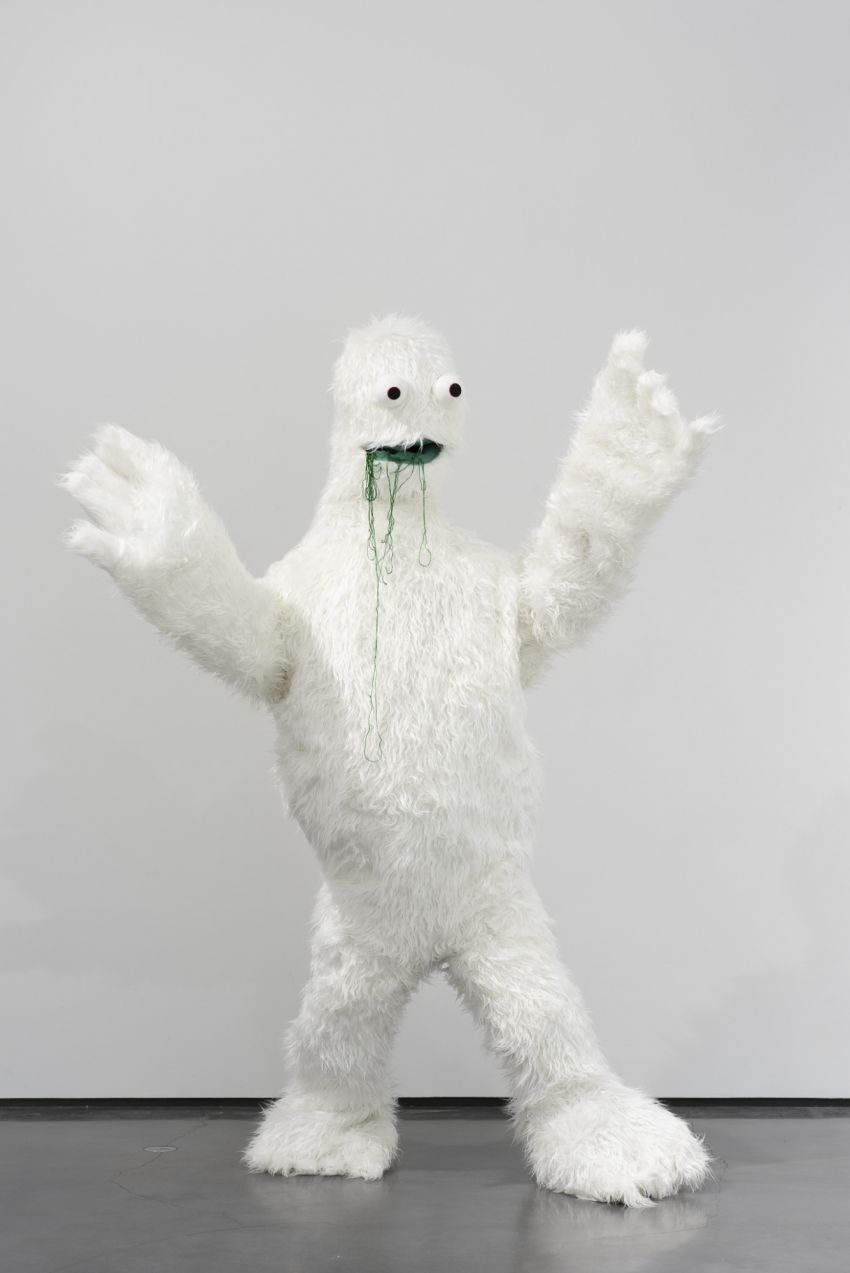 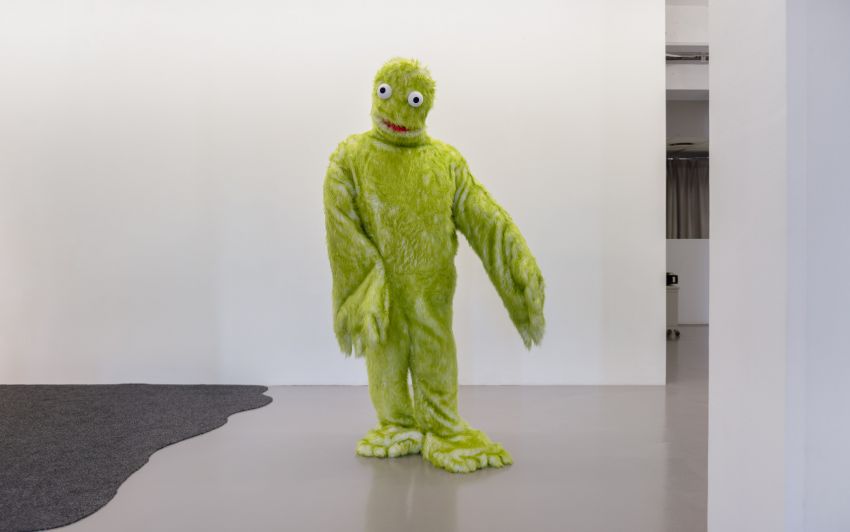 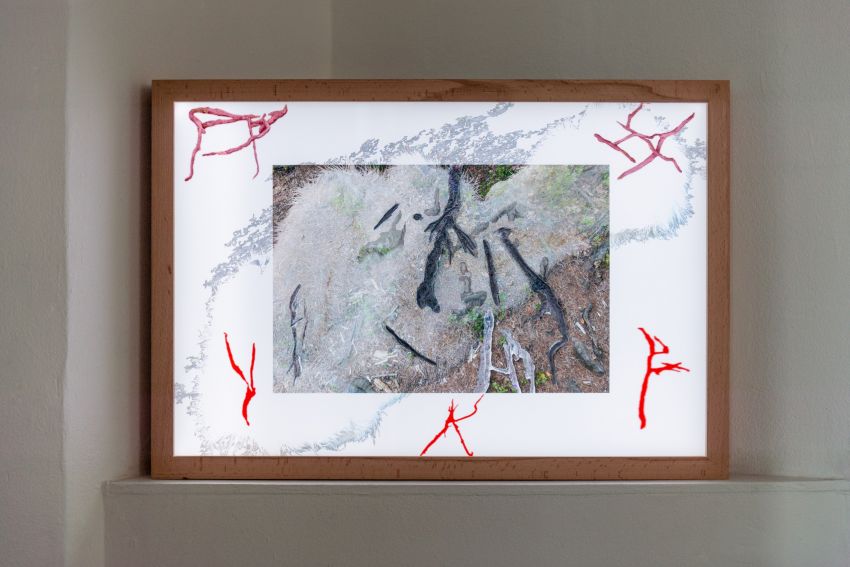