The Whitney Museum of American Art 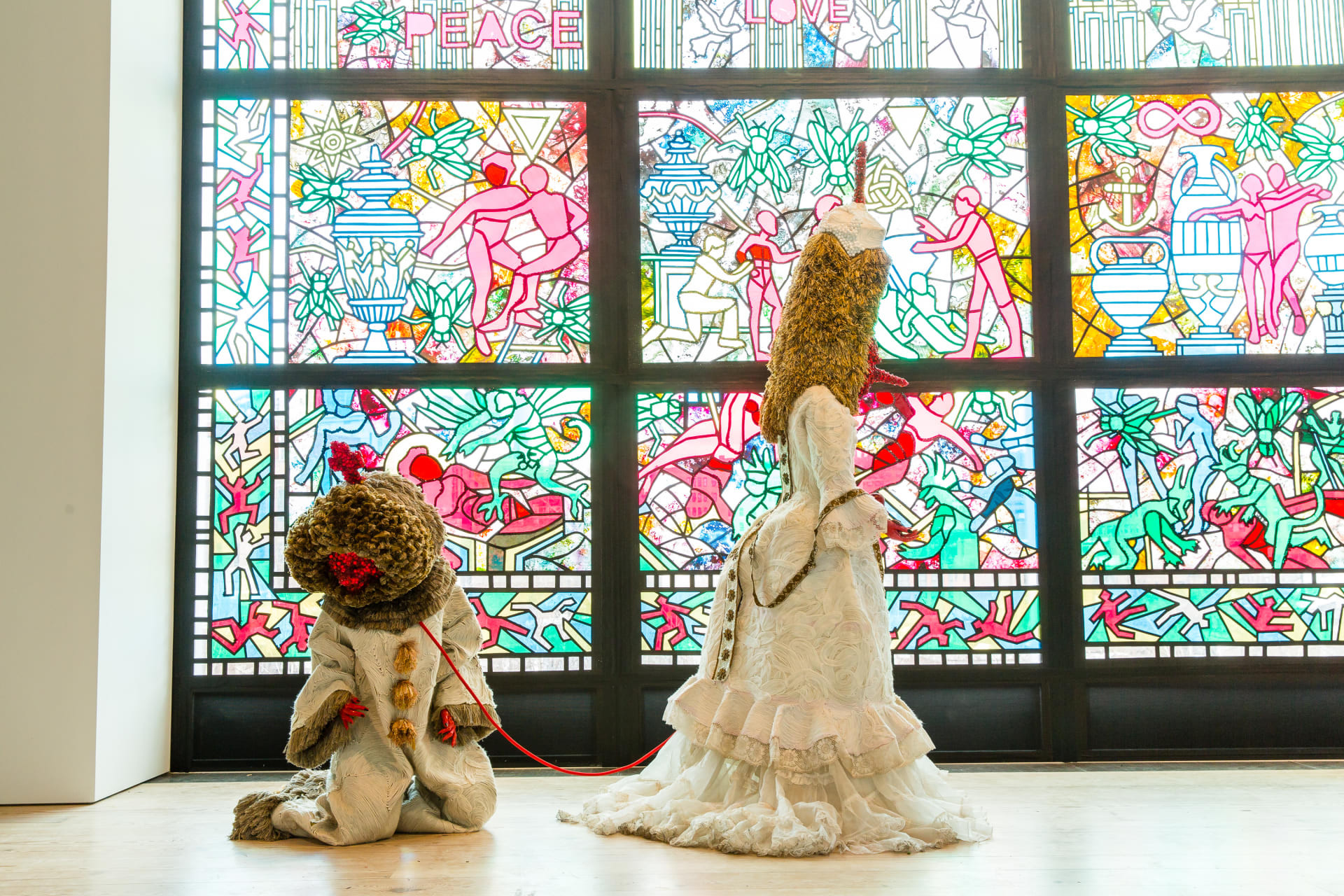 For his site-specific work for the 2017 Biennial, Raúl de Nieves covered six floor-to-ceiling windows with eighteen “stained-glass” panels he made using paper, wood, glue, tape, beads, and acetate sheets. The windows create a vivid backdrop for de Nieves’s elaborately beaded sculptures, some of which are based on shoes (but are adorned to the point of abstraction), while others take the form of figures draped in heavy costumes worn by the artist in his performances.

In all of his work, de Nieves treats modest materials with meticulous attention, turning the mundane into the fantastical—with metamorphosis a common theme. The windows depict a world in which death and waste are omnipresent, often symbolized by a fly. Unlike many Western spiritual traditions, however, de Nieves presents death as a metaphor for the possibility of spectacular transformation and rebirth in an unpredictable and turbulent world. 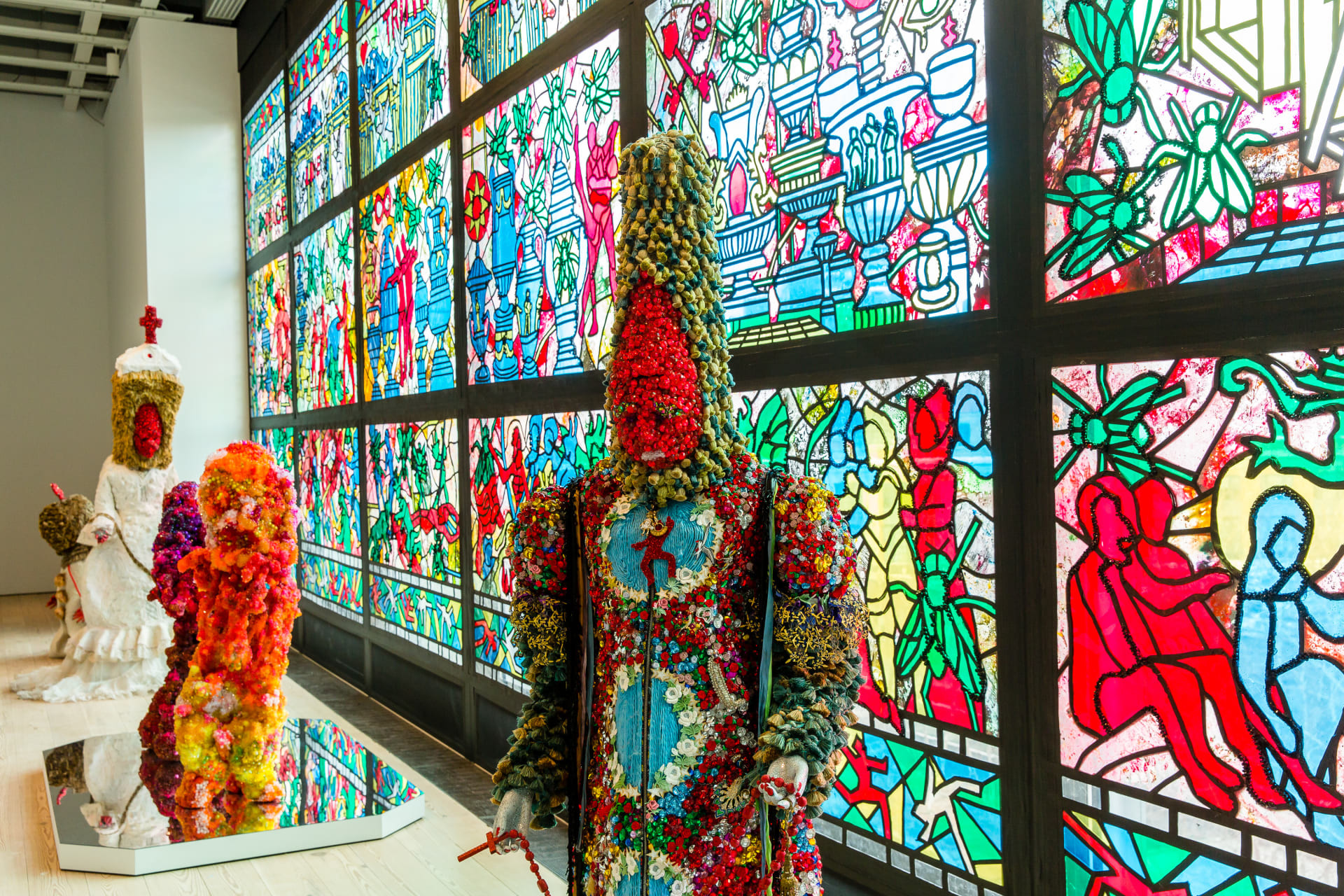