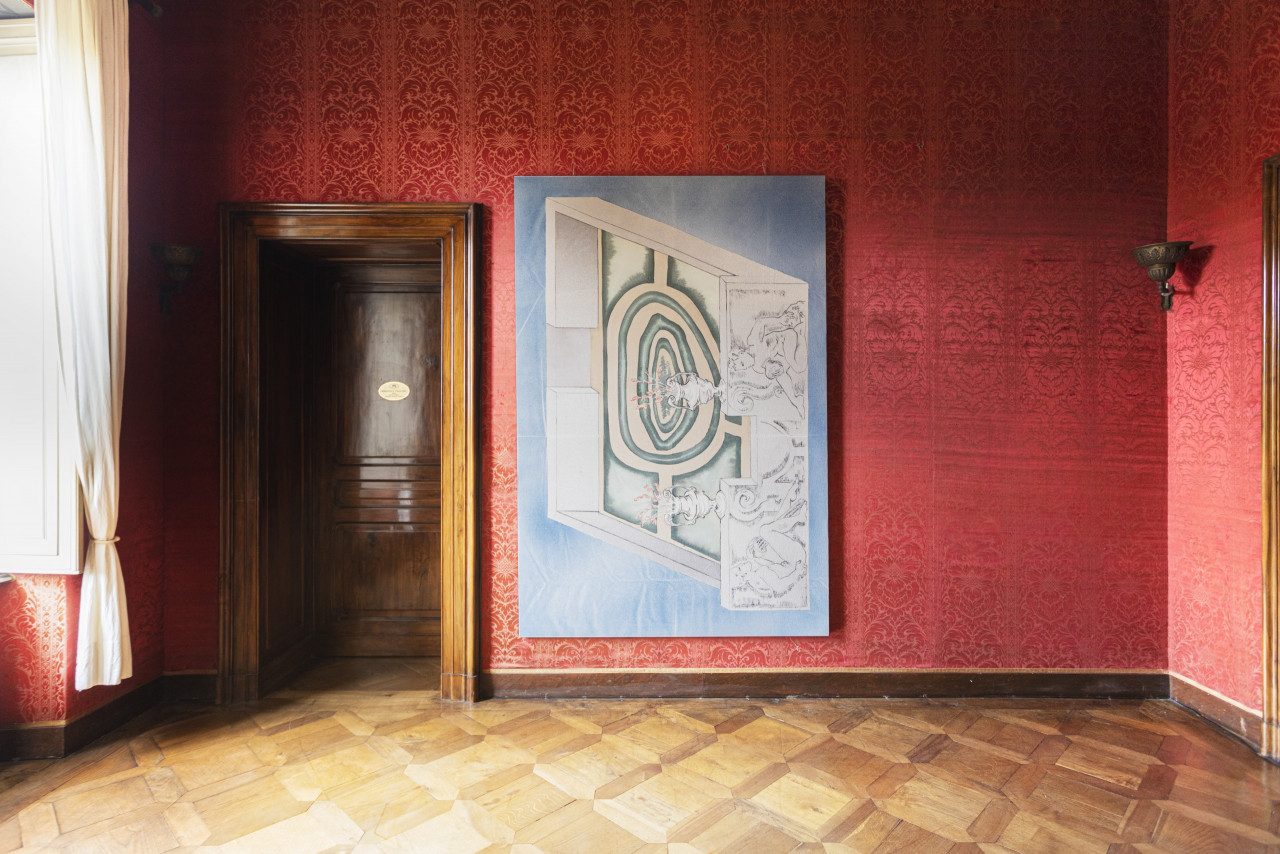 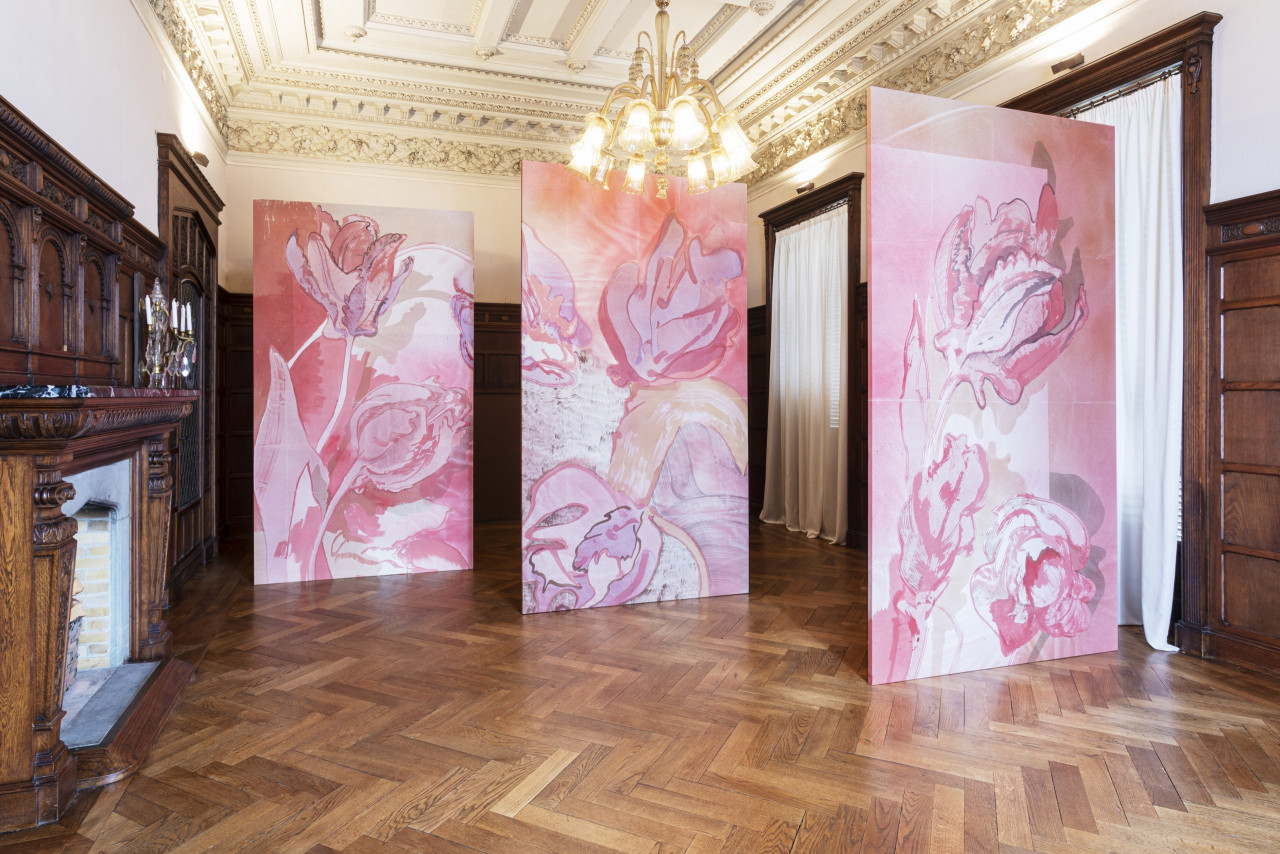 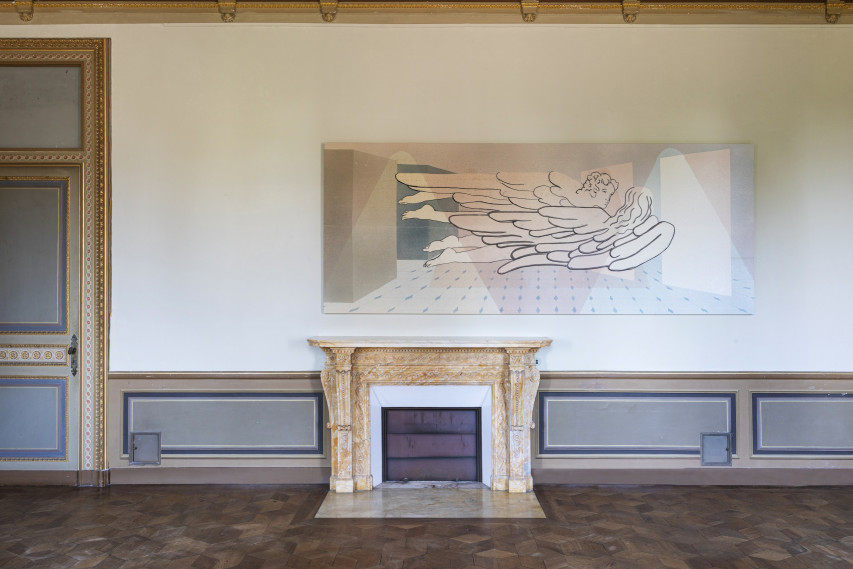 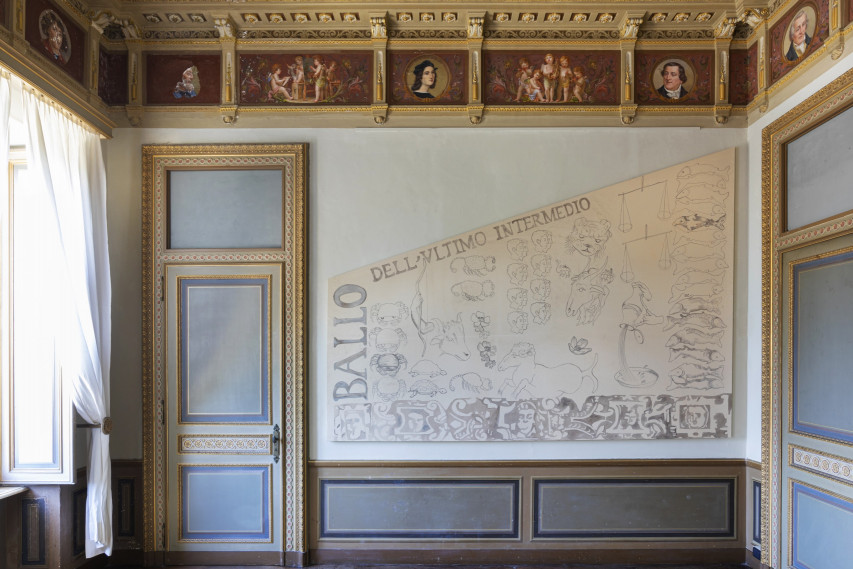 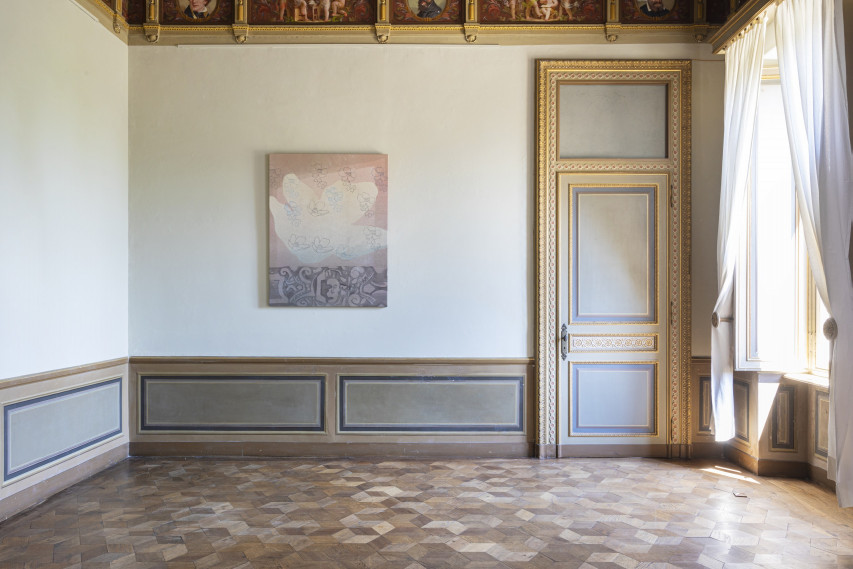 The American-born, Paris-based artist Matthew Lutz-Kinoy is occupying the ground floor of Villa Era with a site-specific project titled Grand Entrance. The starting point for the artist’s project is the concept of the Theatrum Mundi and his research into the lavish festivities that the Medici rulers were famous for staging throughout the city of Florence during the Renaissance, particularly the wedding of Arch Duke Ferdinando I de’ Medici and Christine of Lorraine in 1589. Many architectural elements designed by Bernardo Buontalenti for this event still exist along with designs and etchings, as well as the accounts of these lavish festivities, including a reenactment of a naval battle that was staged in the flooded courtyard of Palazzo Pitti, and were elaborately reconstructed by the historian Aby Warburg.

The complex framework of these popular performative weddings saw public spaces, streets and cities decorated and framed as stages and theatrical platforms that merged existing architecture with artifice, stage props and imagined perspectives – architecture as theatre and vice versa. While events such as these would mix the registers of the aristocratic and the popular, these staged spaces, produced by the larger, socially organized bodies and governments of their day, were used to manifest their own power, their own mythologies and vision of themselves, in a way that used the population as players and violence as ornament.

In this spirit, Lutz-Kinoy’s site-specific large-scale canvases, replete with colourful Renaissance and Baroque decorative motifs and theatrical compositions, interact with the architectures of Villa Era and propose a visually immersive layering of pageantry that is at once physically attached to the house and its furniture but detached from its history. By replicating tactics of presentation of Renaissance spectacles, the artist calls into question the frames and facades through which today’s governments project narratives in social spaces. 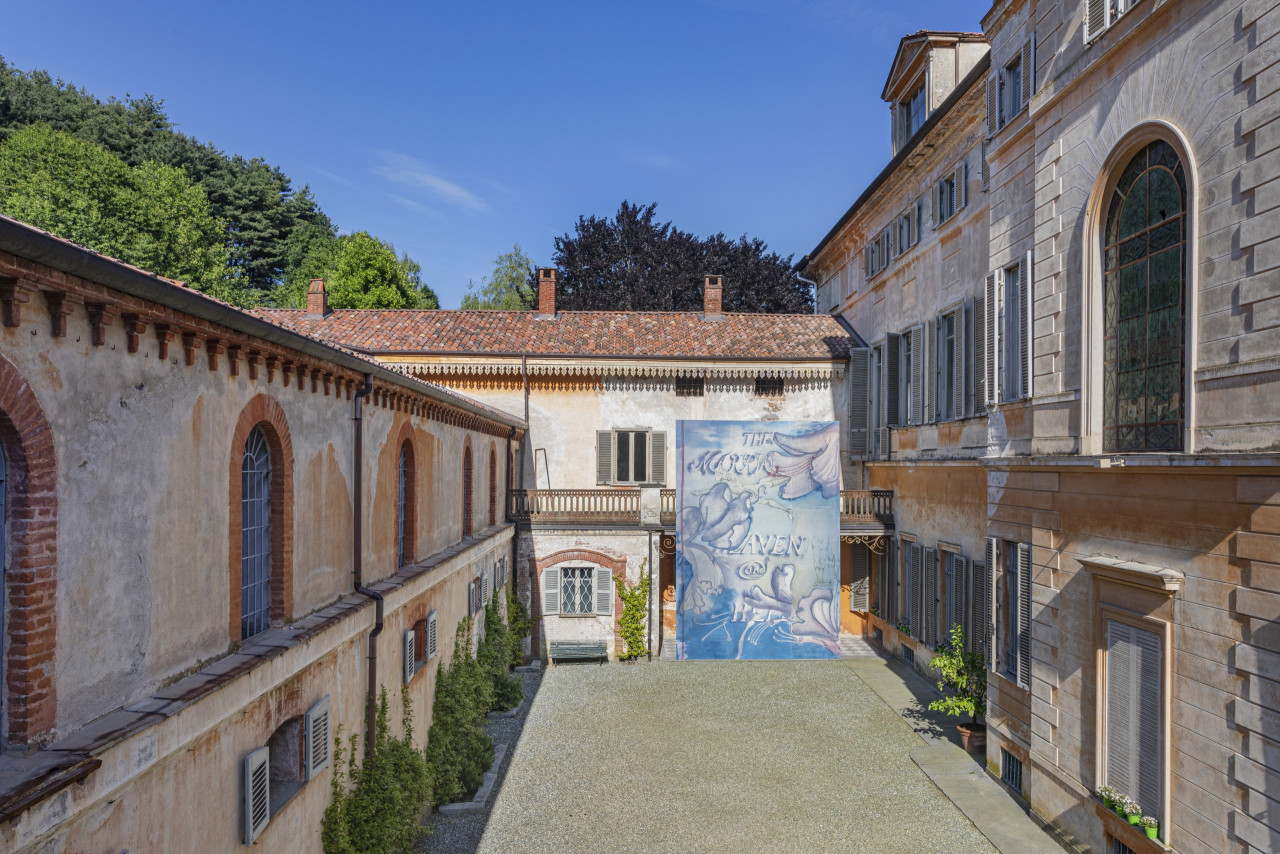 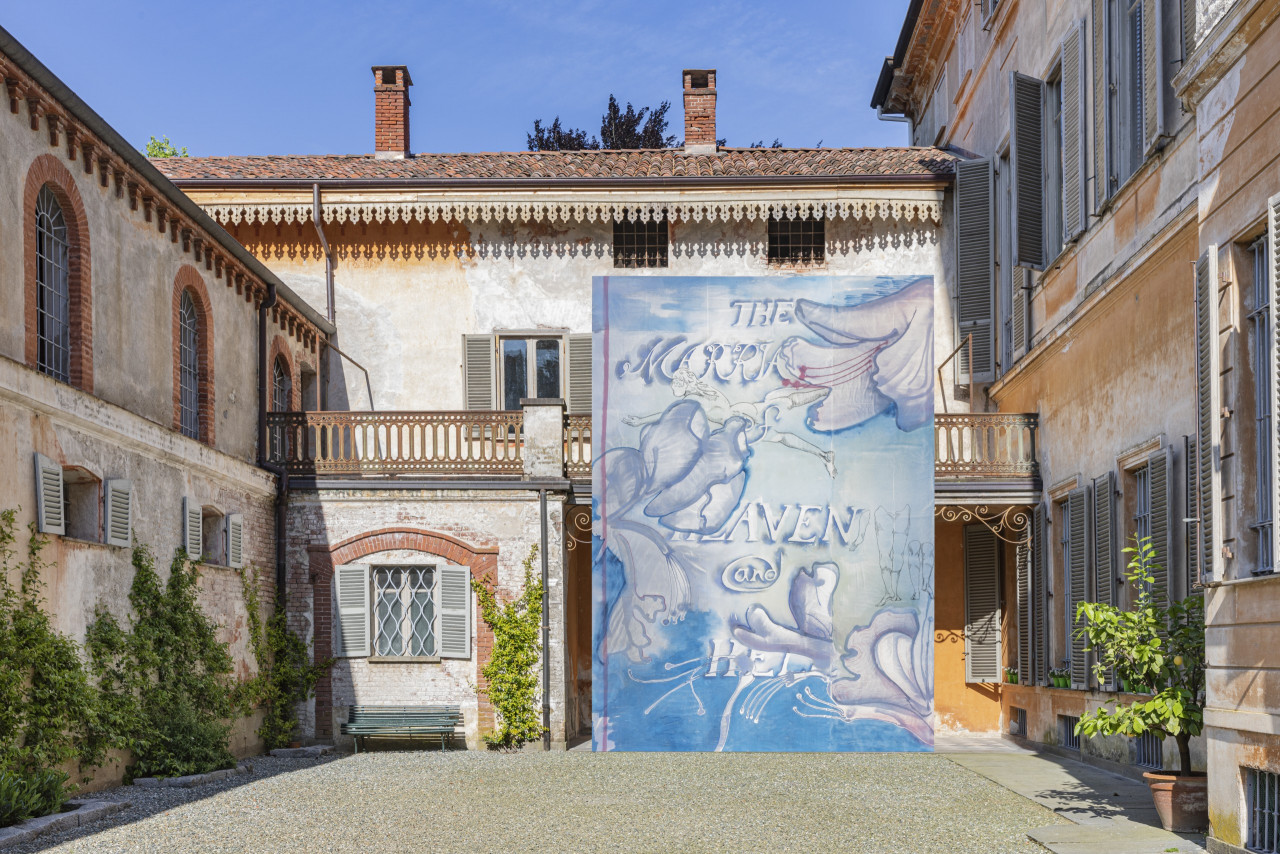 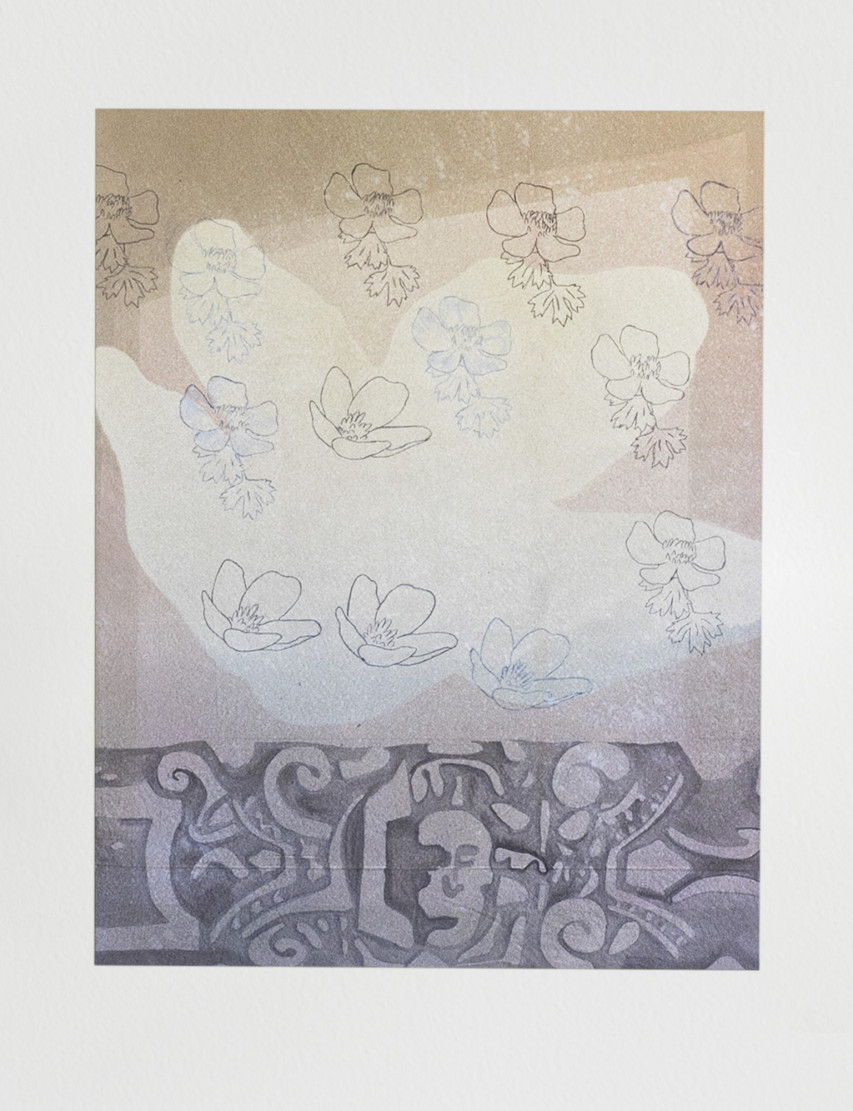 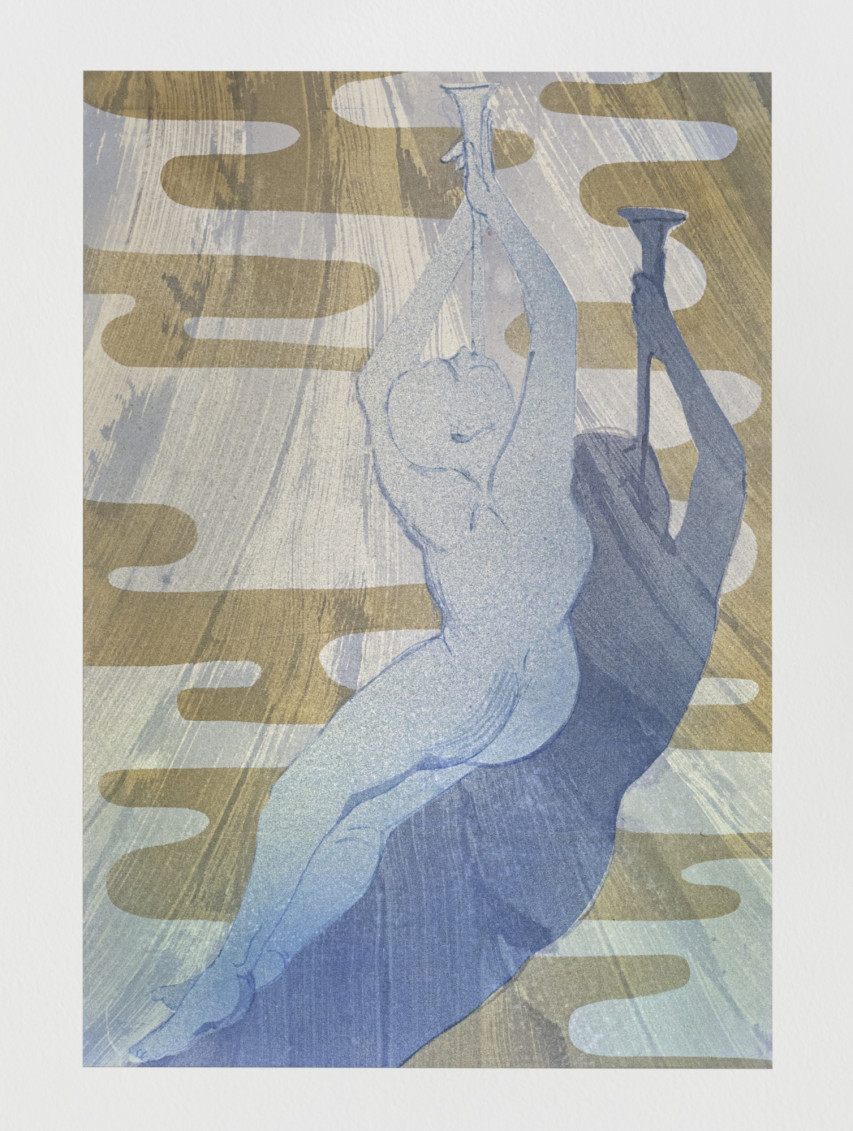 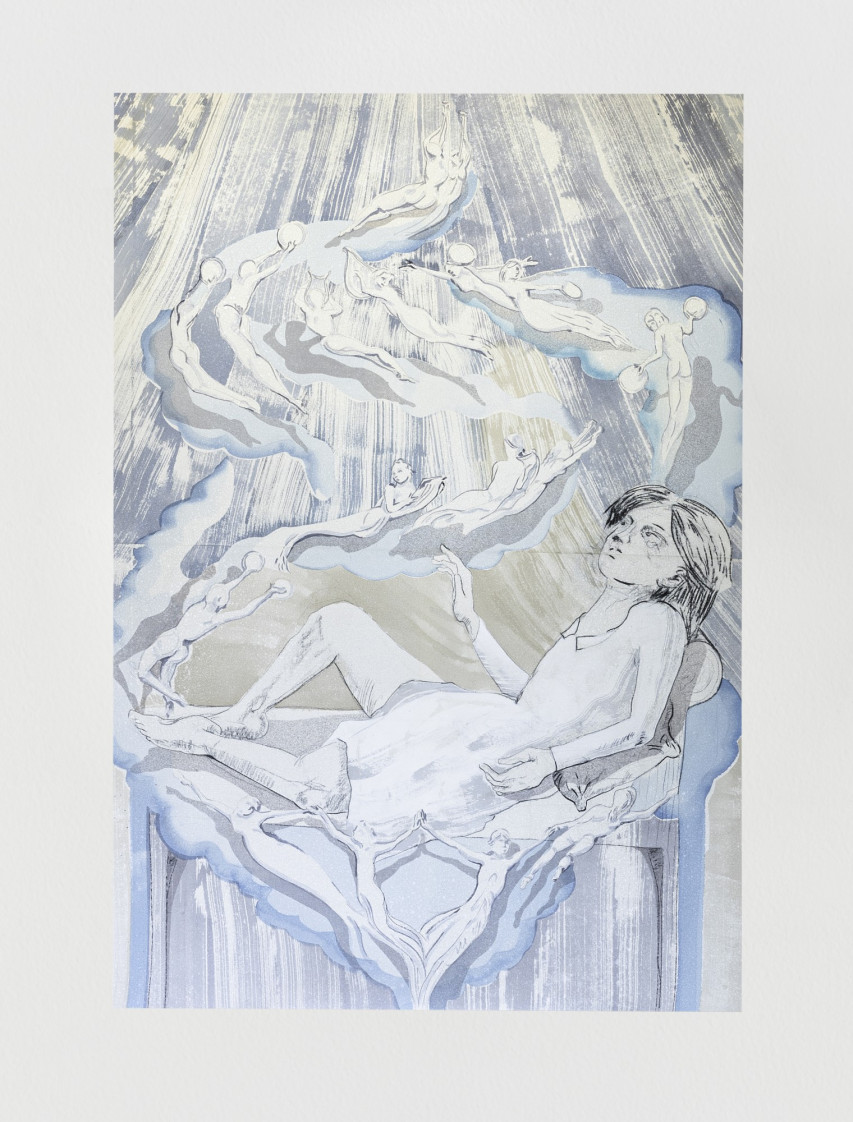