FITZPATRICK
FF
Back to Mathis Altmann 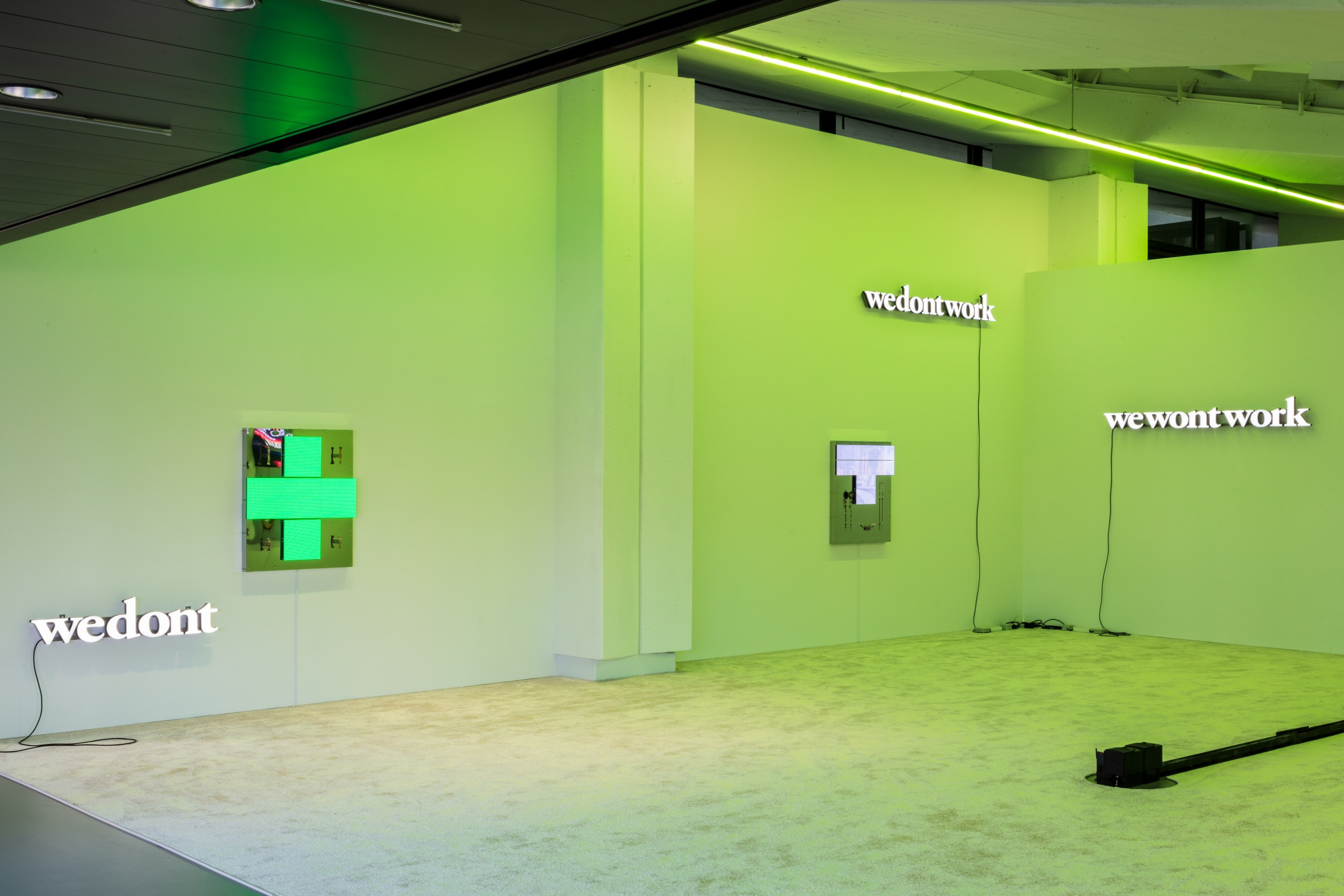 In his new exhibition Butcher Block, Mathis Altmann (*1987, Munich) witnesses the millennial moment and its ongoing collapse between work and leisure. In the grip of a burgeoning meritocracy, his generation’s drive to improve peaks in a perpetual need for self-glorification.

But improvement is a fraught idea. Though often used in optimistic narratives about technological innovation, the word originally stems from making something ‘more profitable.’ Is there progress in the obsession with advancement? And who can really tell the difference?

Both satirical and introspective, Butcher Block shakes up the co-dependency of contemporary narratives like community, labor, technology and capital. Typically over the top, the artist points toward the agency and complicity of his own generation.

In his new series of LED wall sculptures and illuminated signs, he merges punk kitsch nostalgia with tech glam- our fetishes. Corporeal bodies fragment into pixelation and digitized abstraction. In defense of non-compliance, the artist creates absurd aberrations of the branding strategies of a global co-working company. Defiance is an old dance, showcasing disintegration as some kind of progress. In this Ballardian slapstick comedy, success and failure are superimposed.

With the support of:
STIFTUNGKUNSTFONDS – NEU START KULTUR 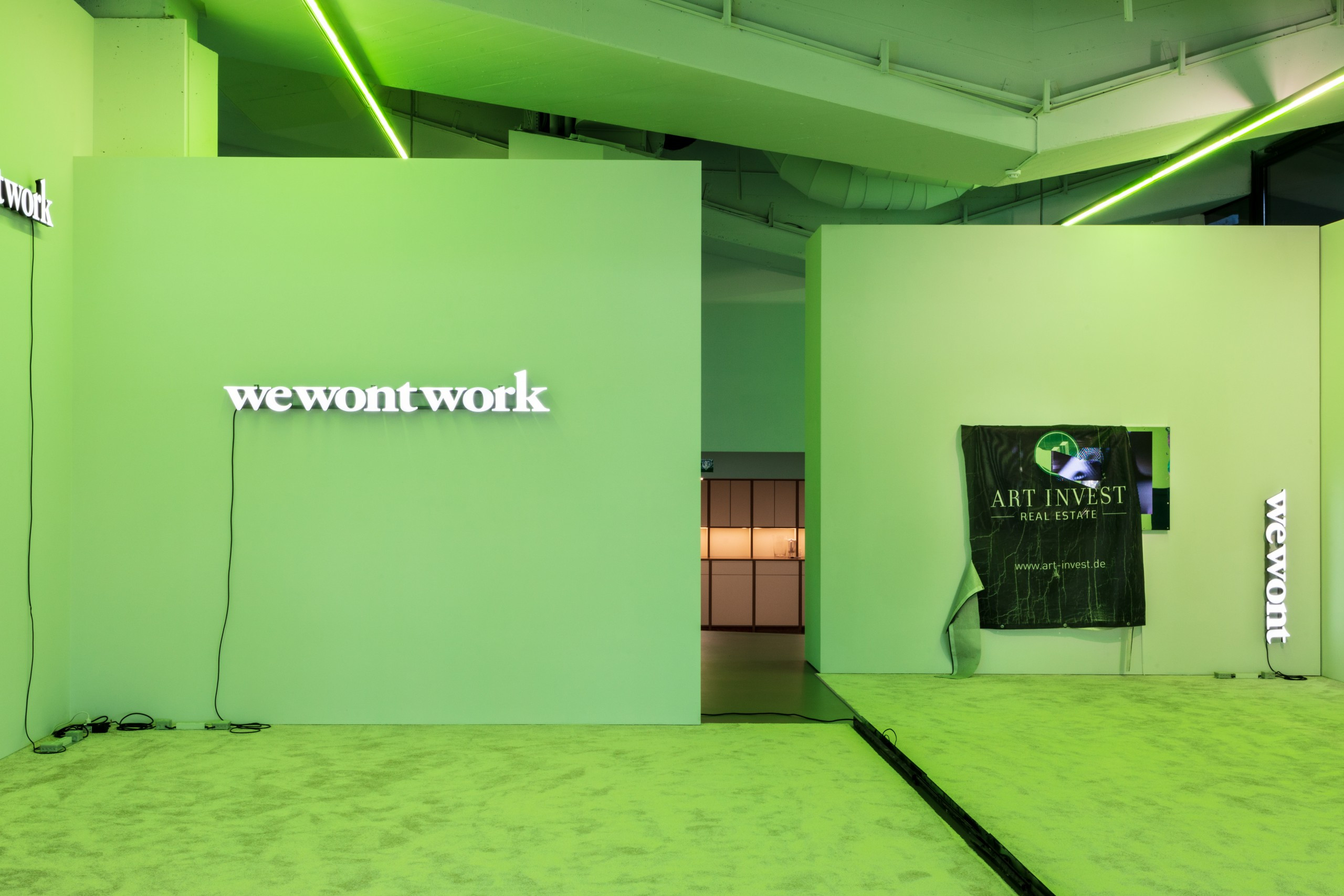 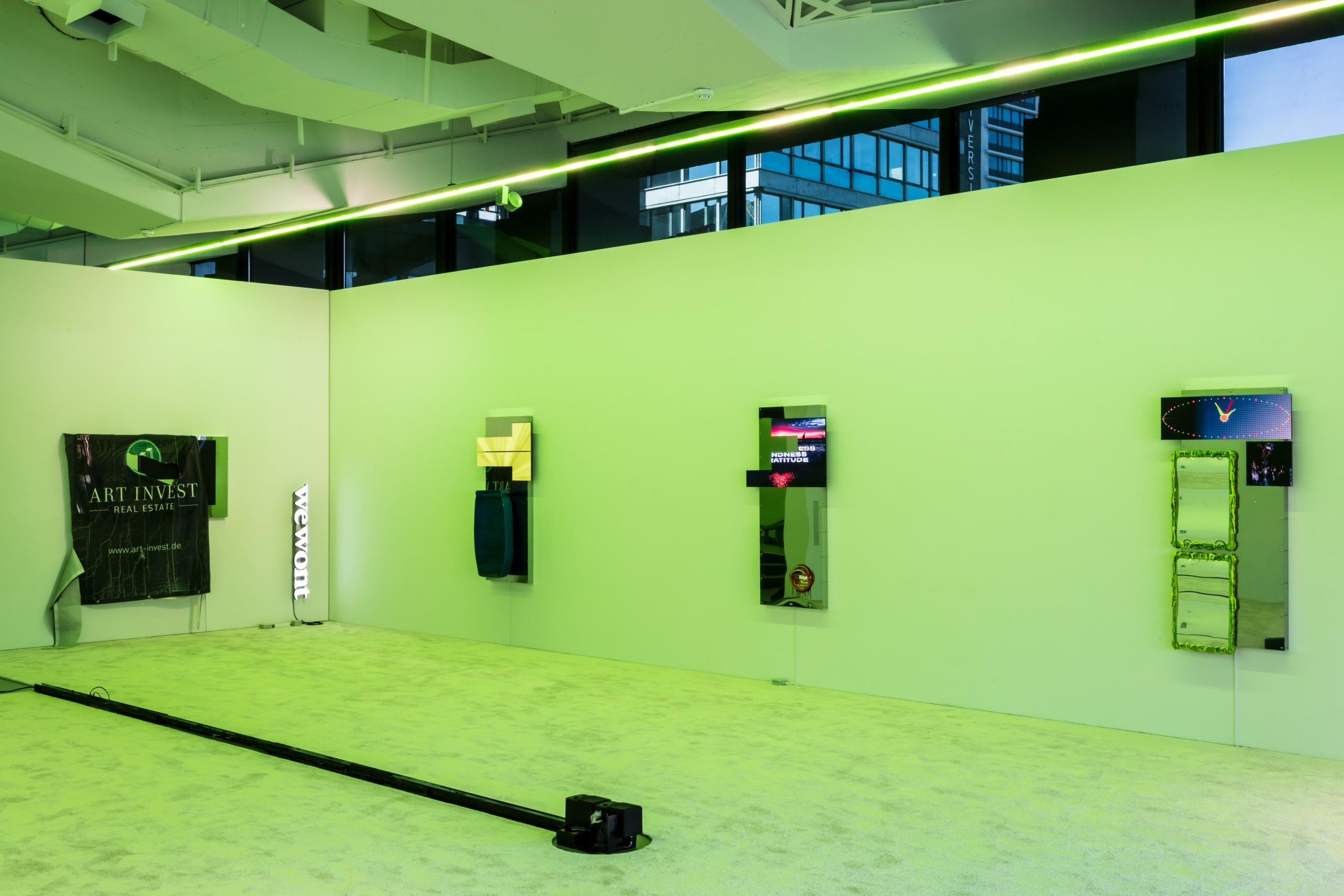 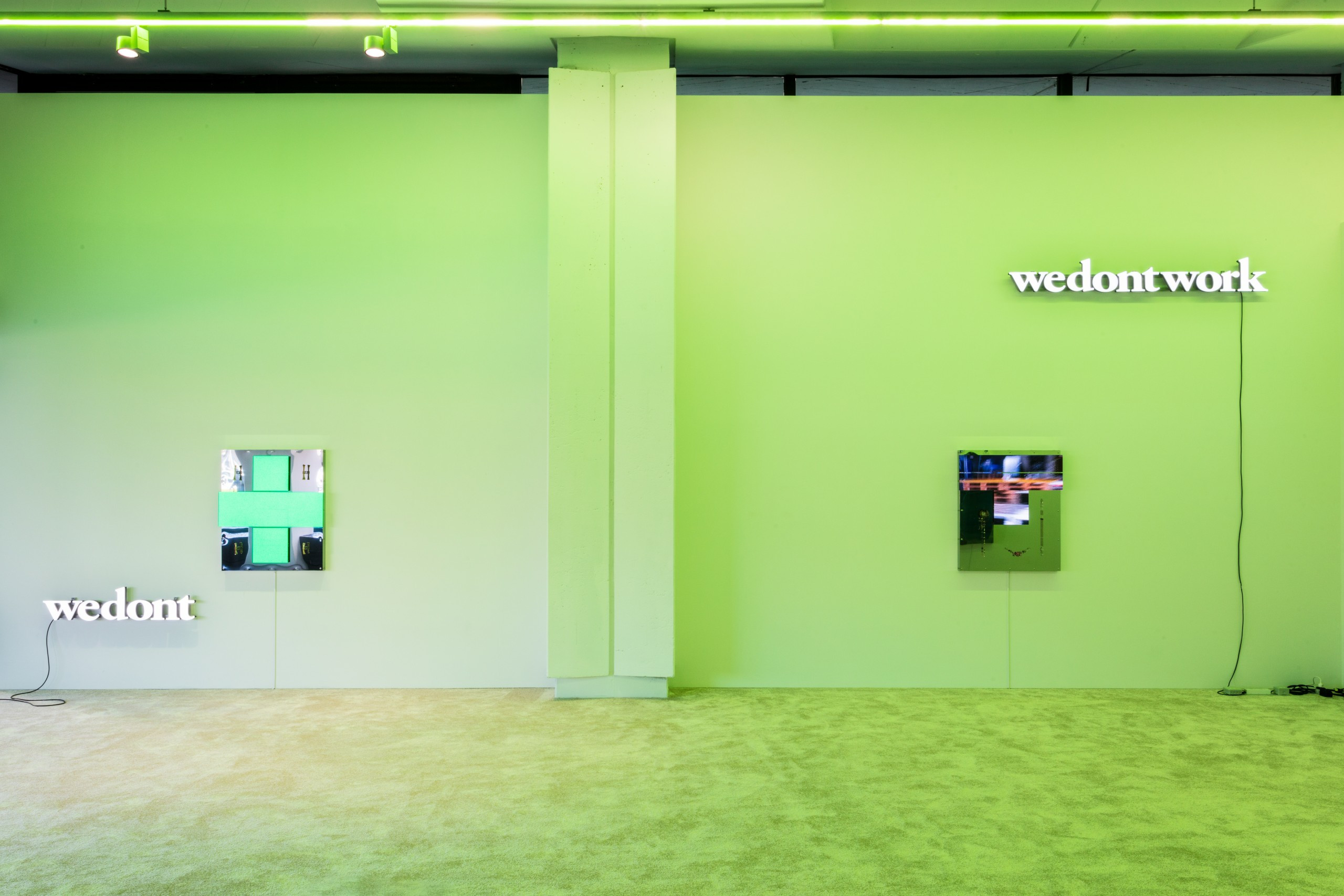 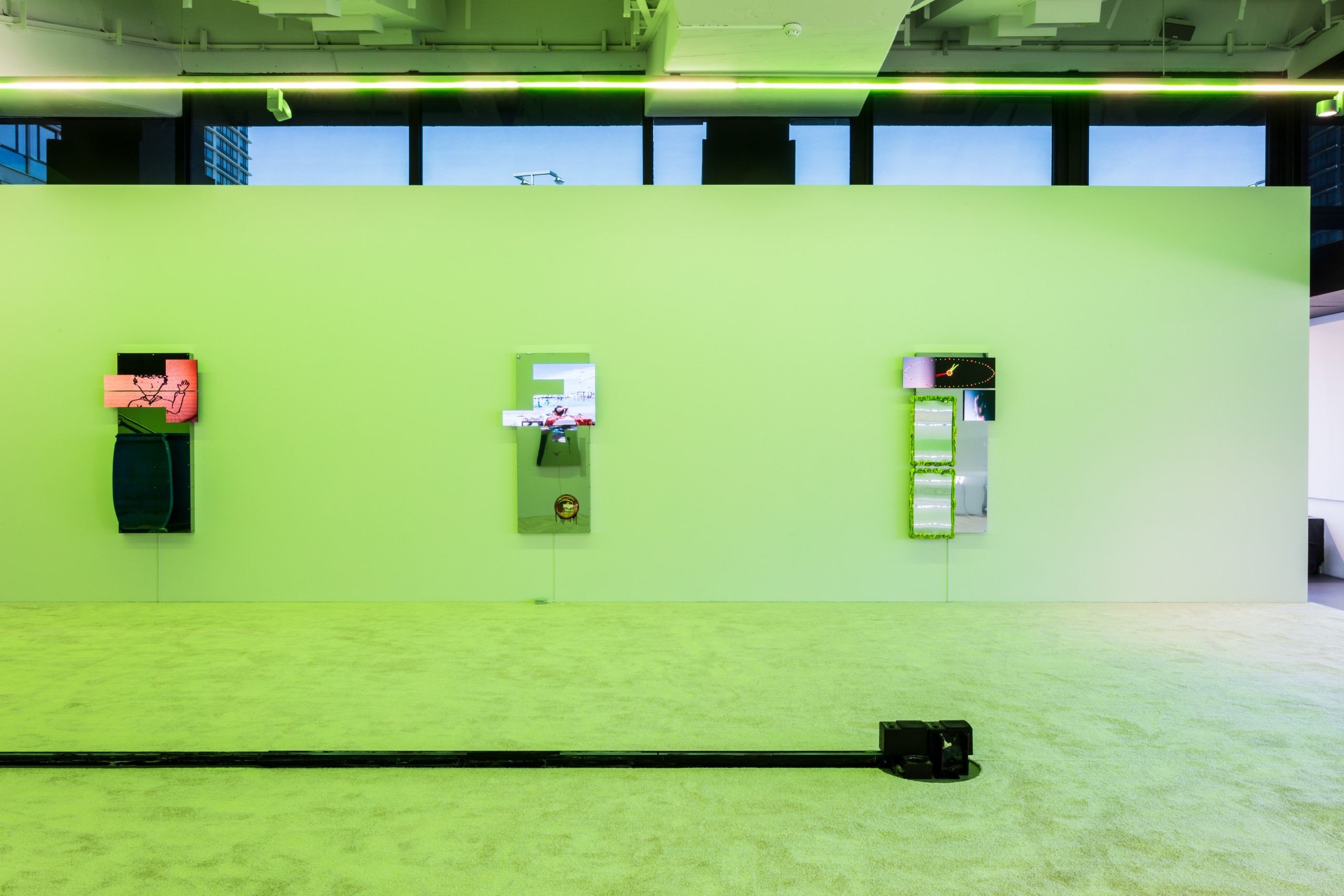 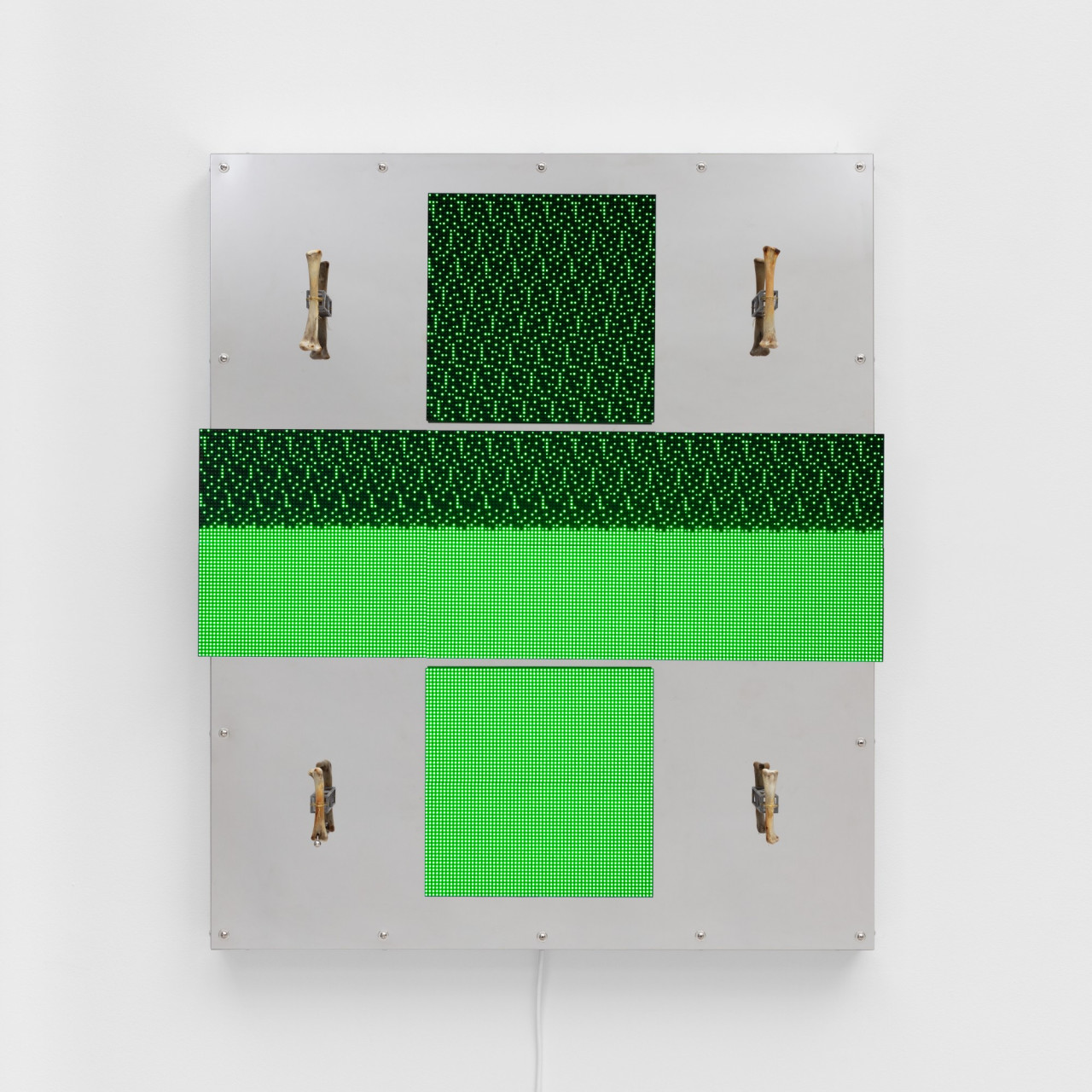 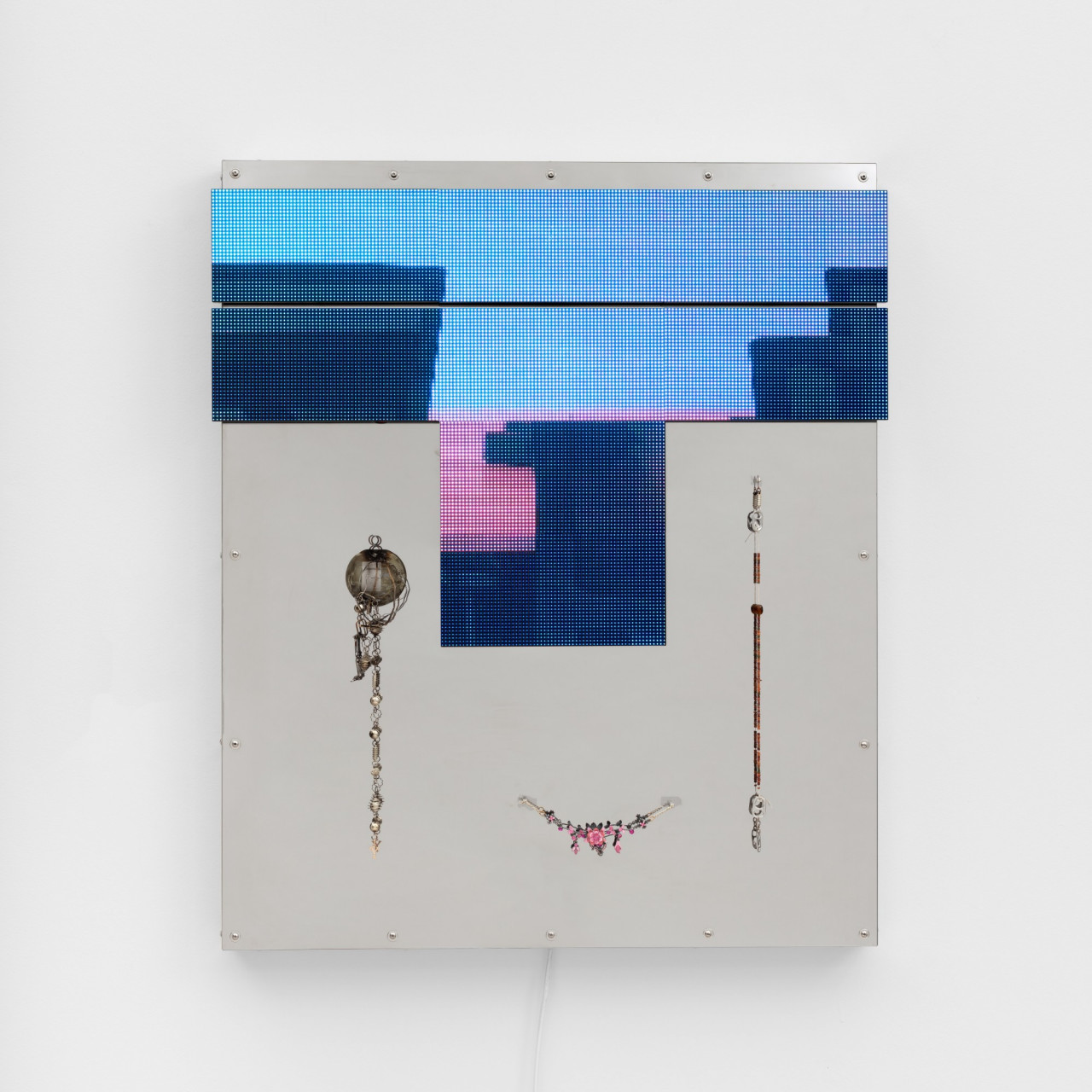 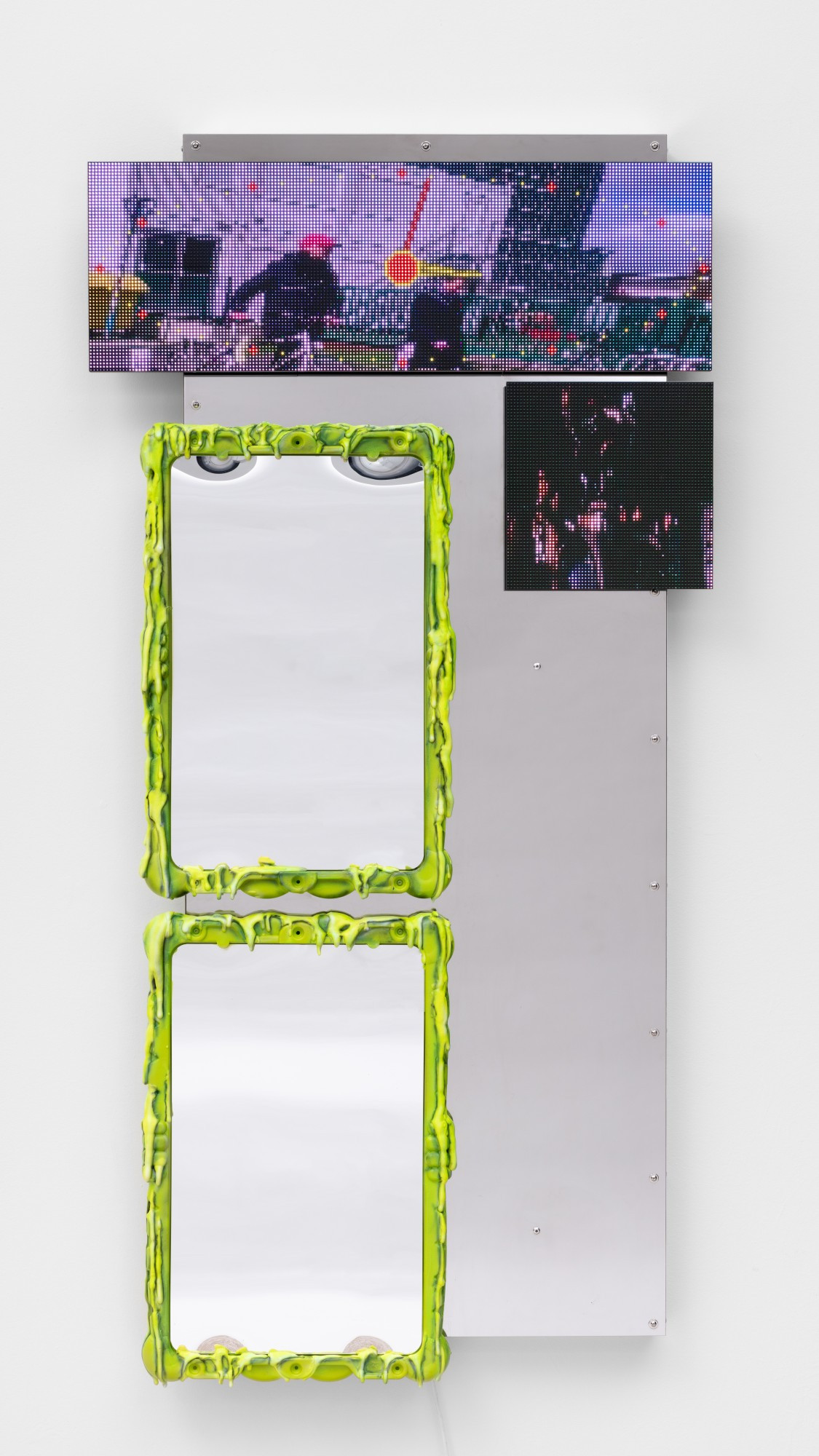 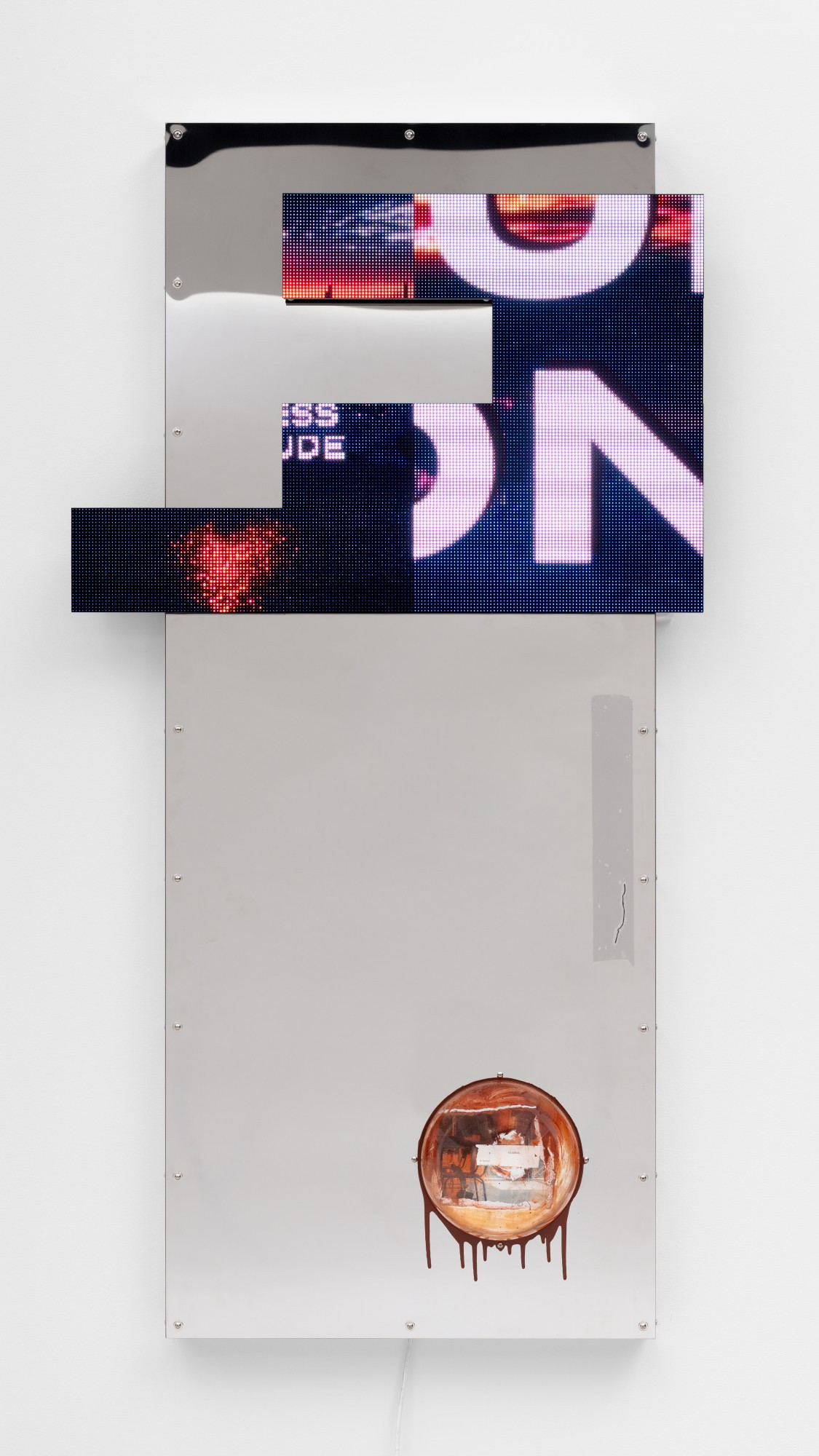 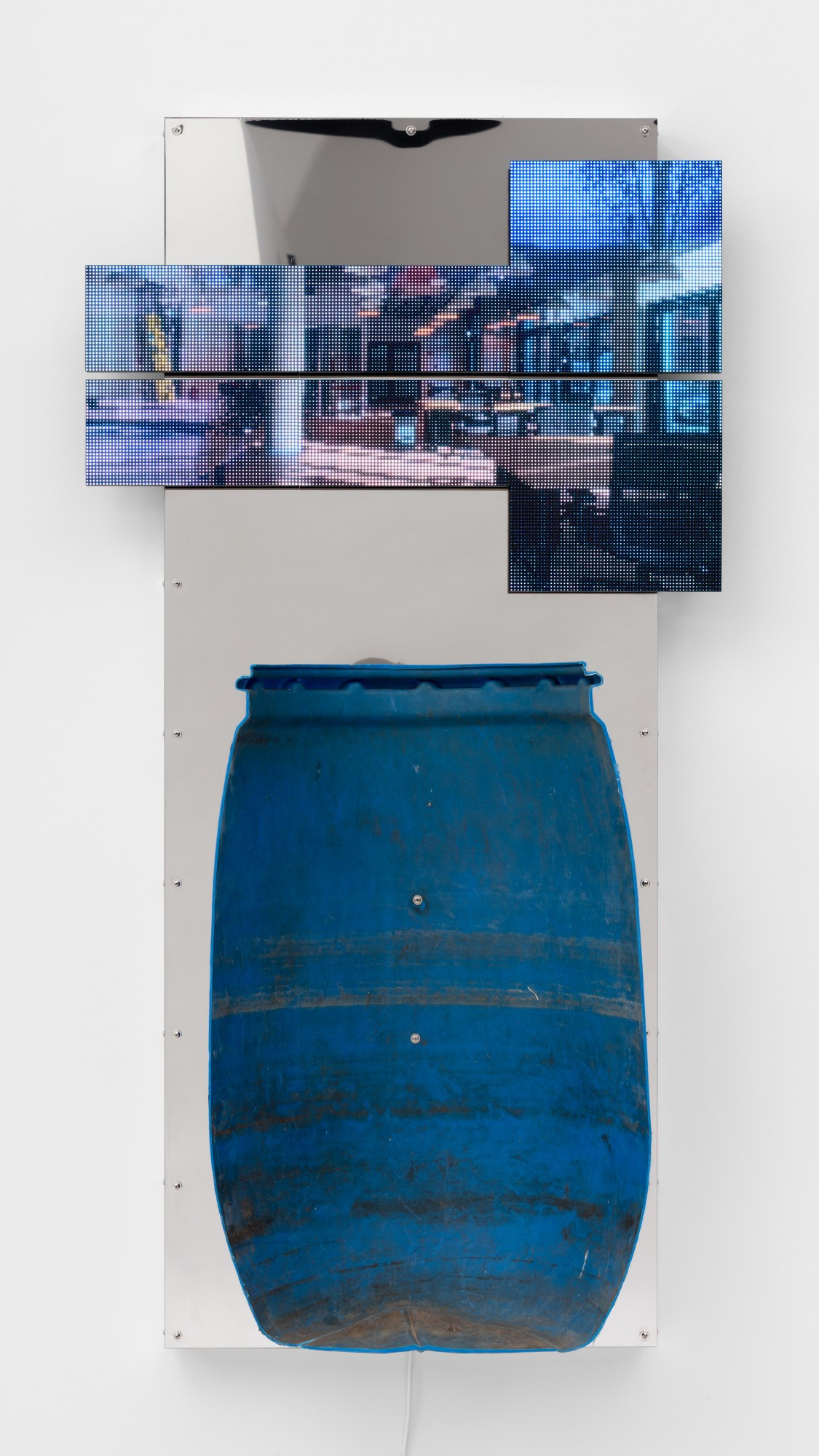 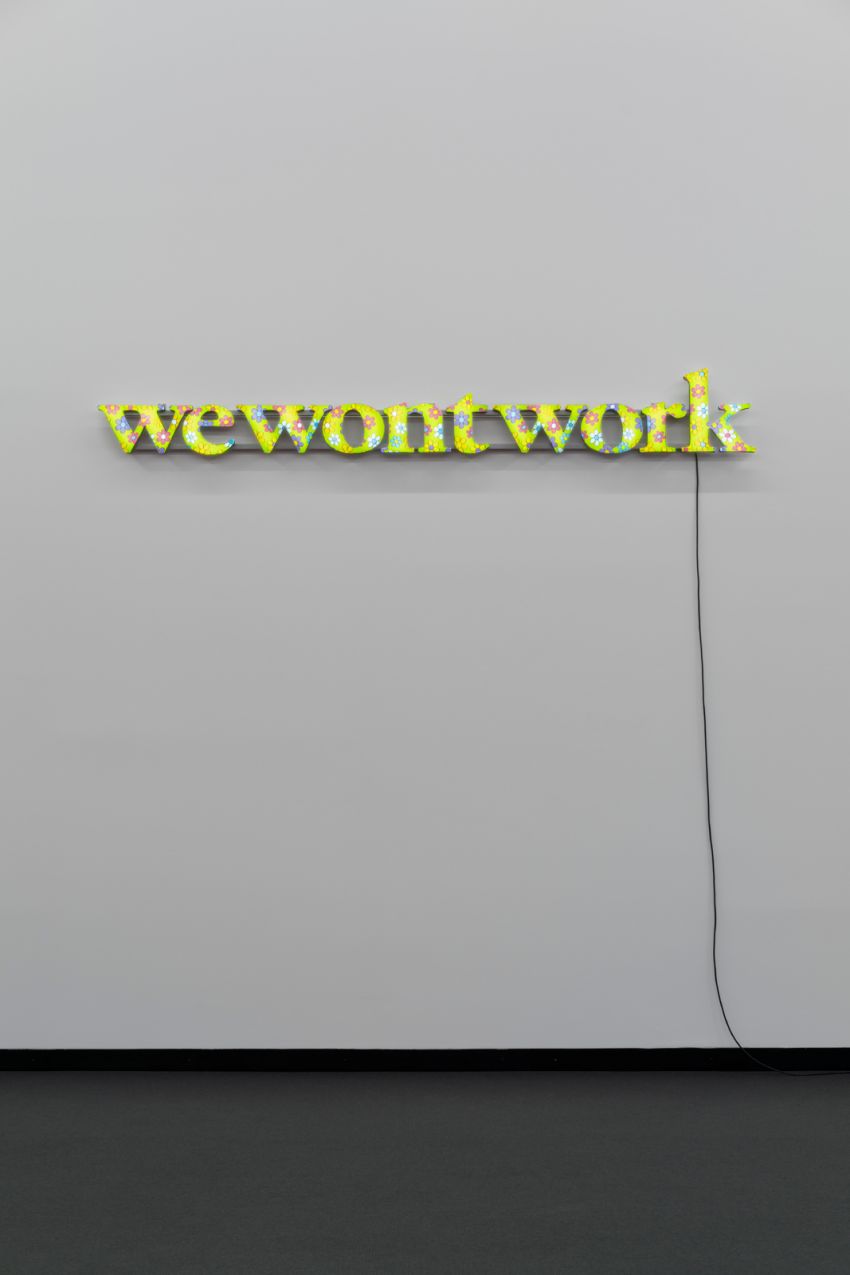 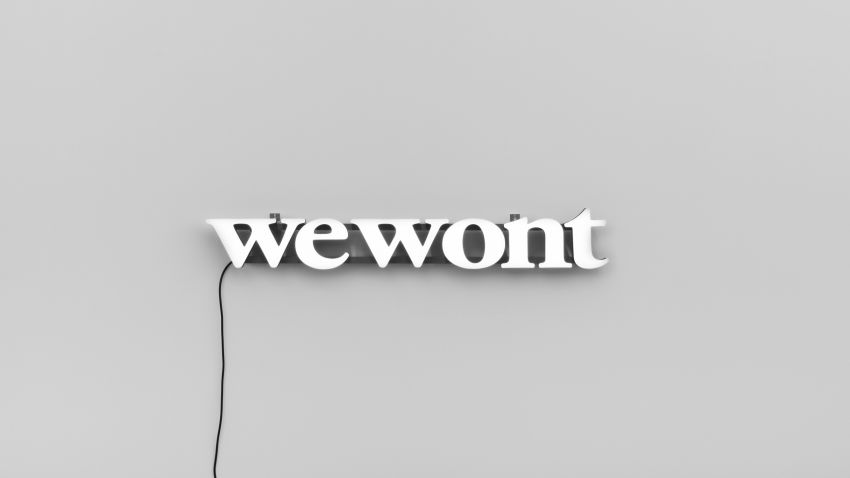 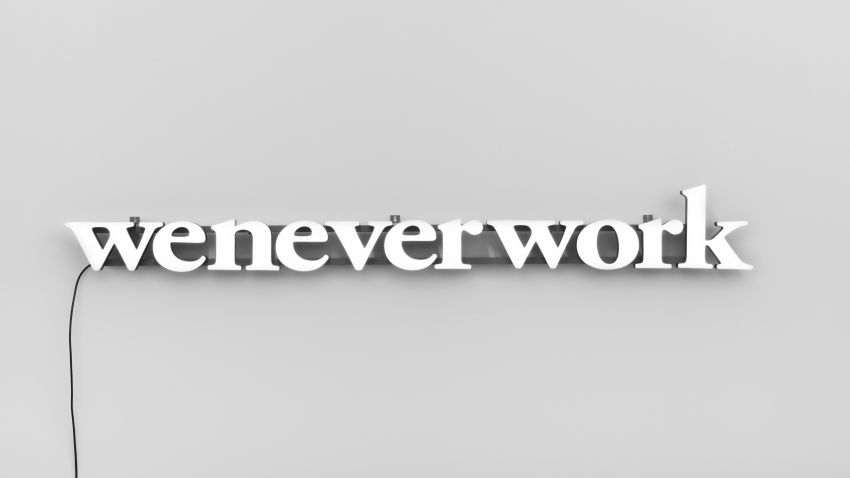 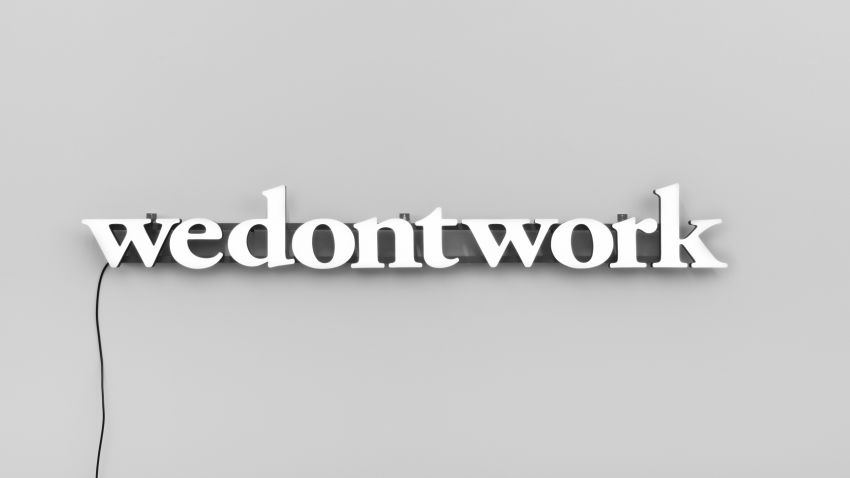 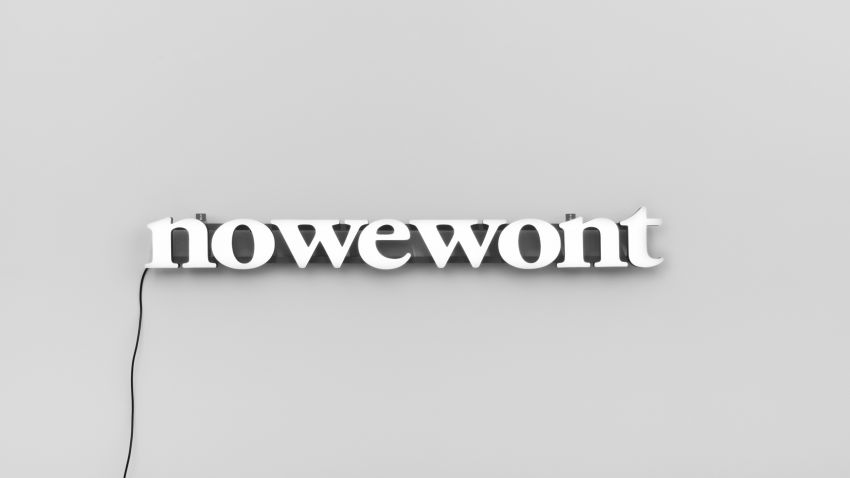 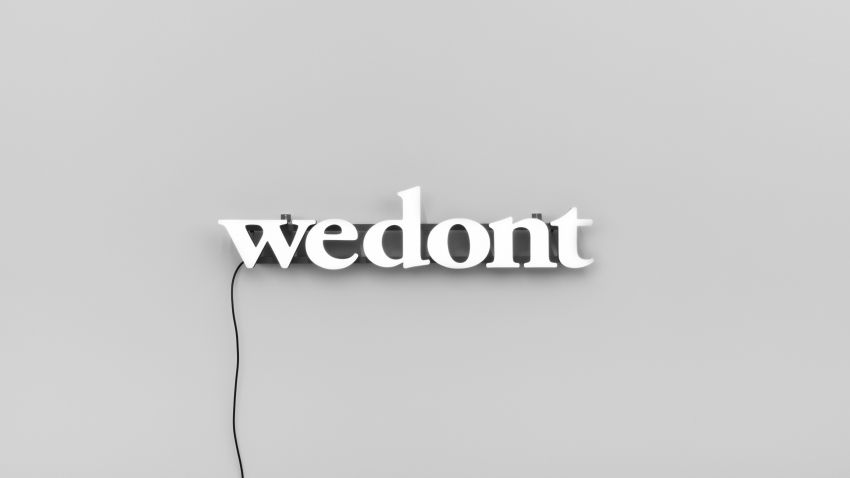 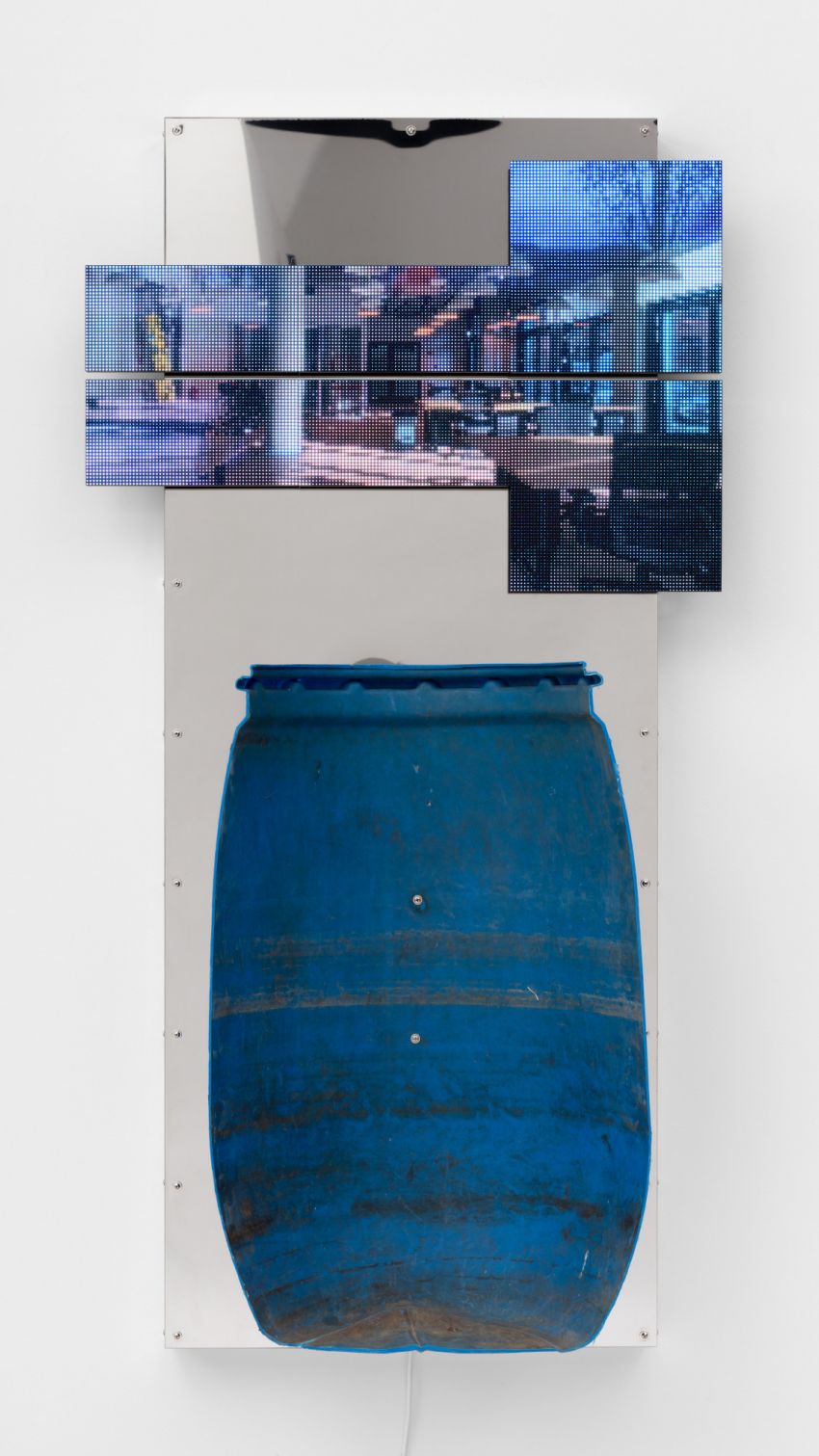 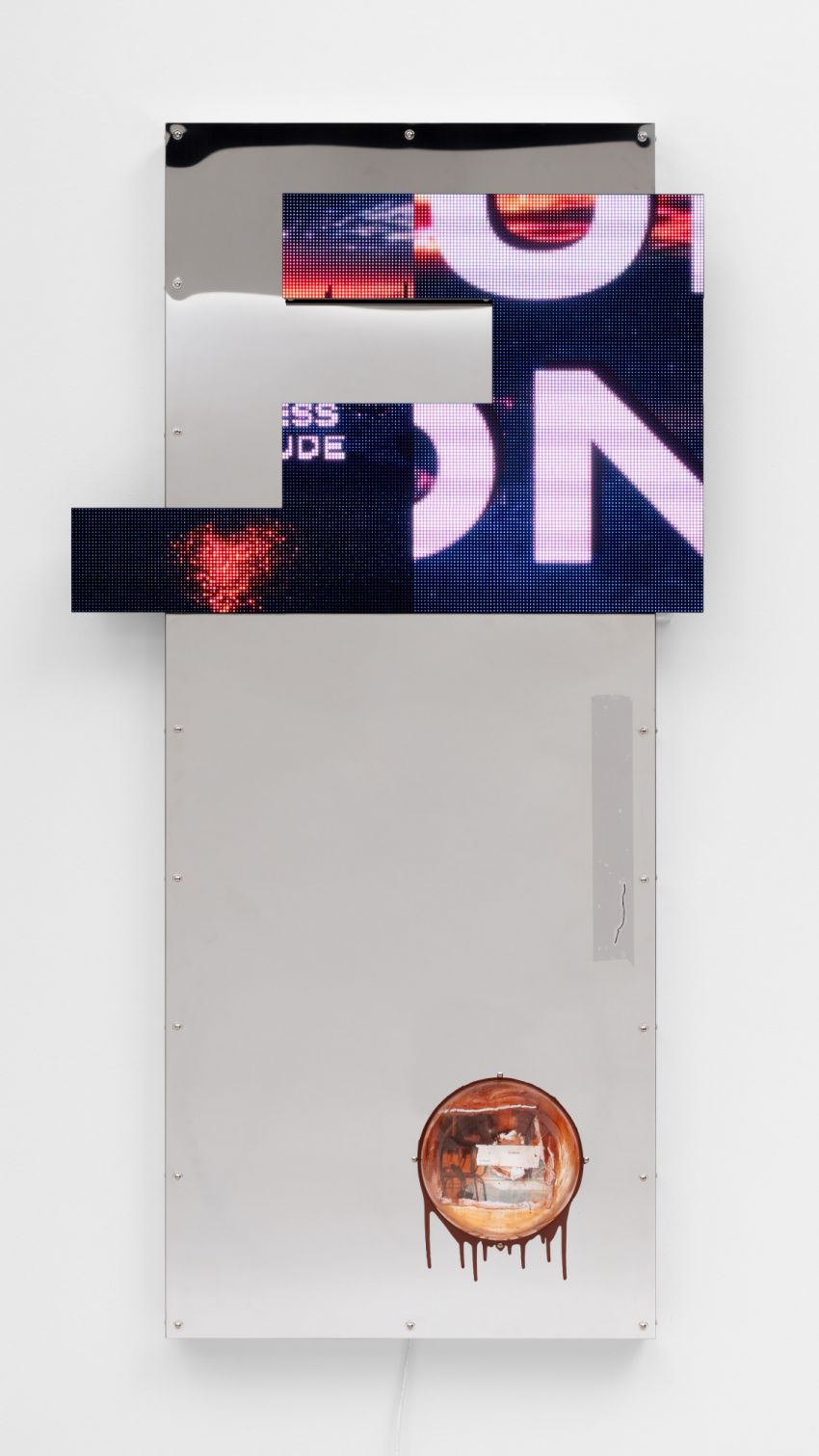 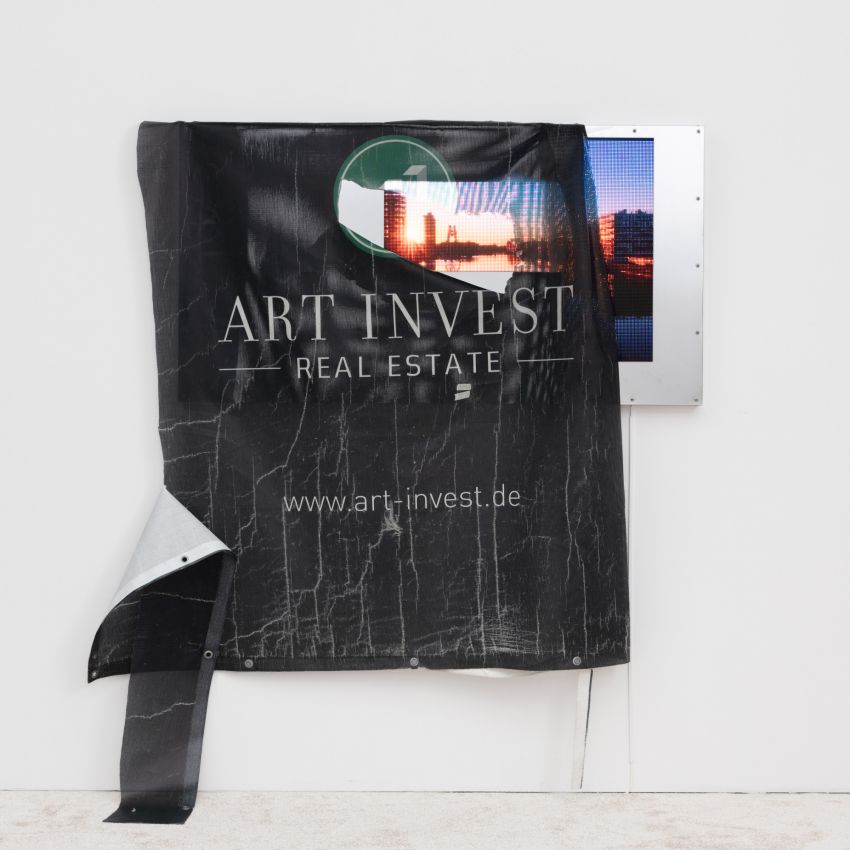 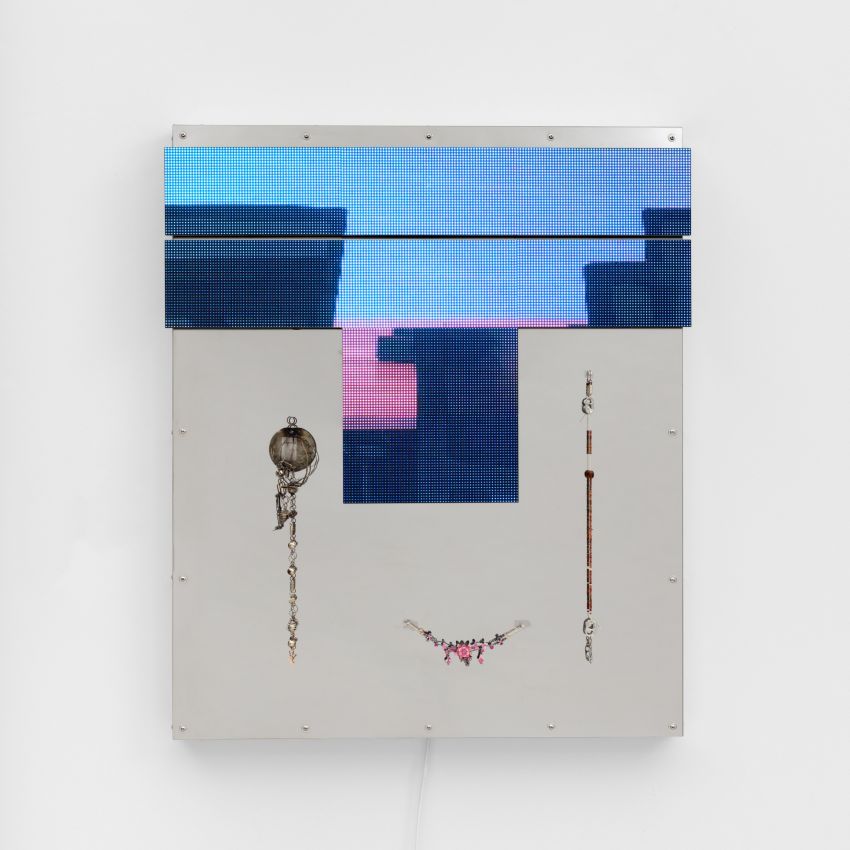 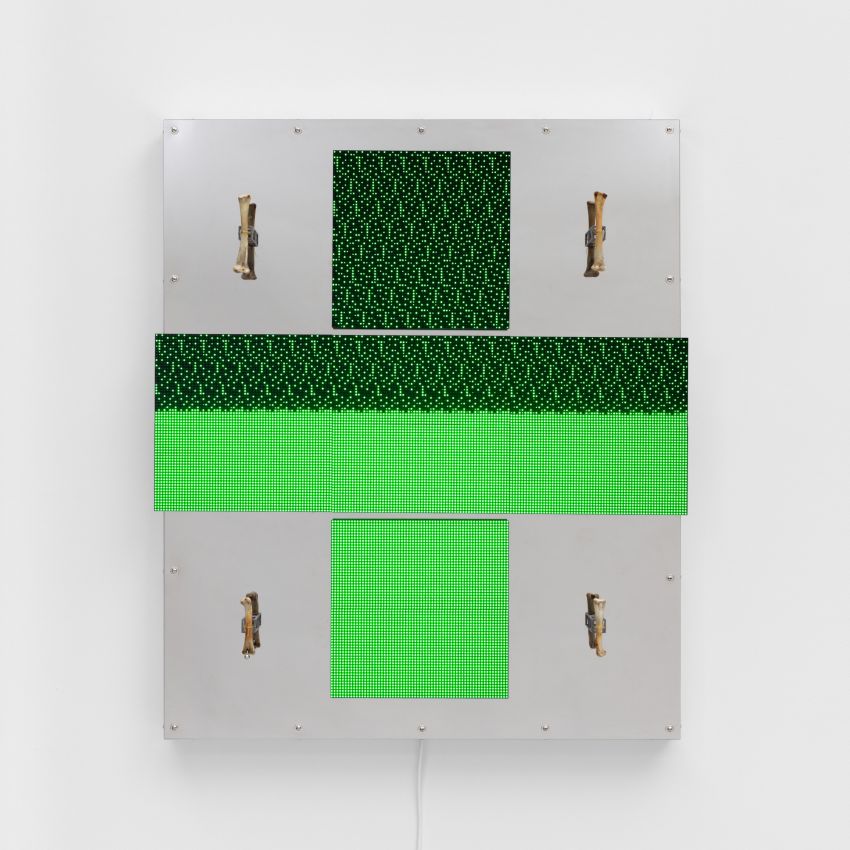 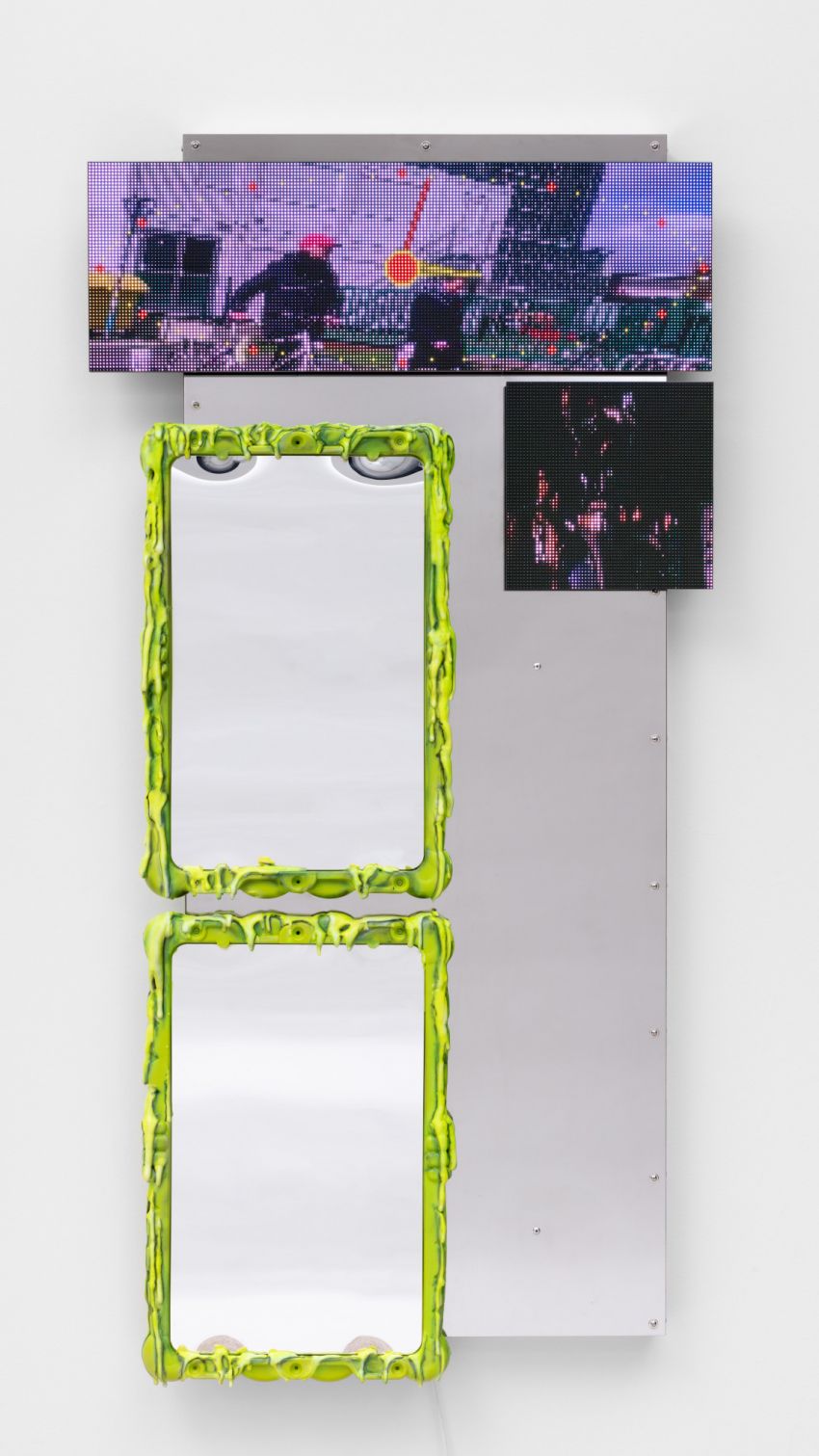 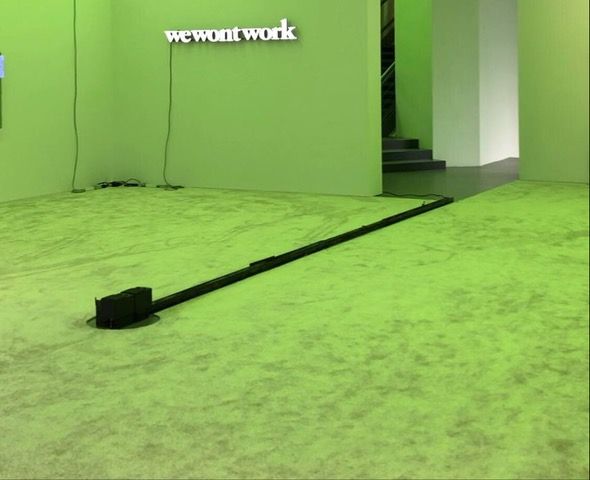