You can just reach for me 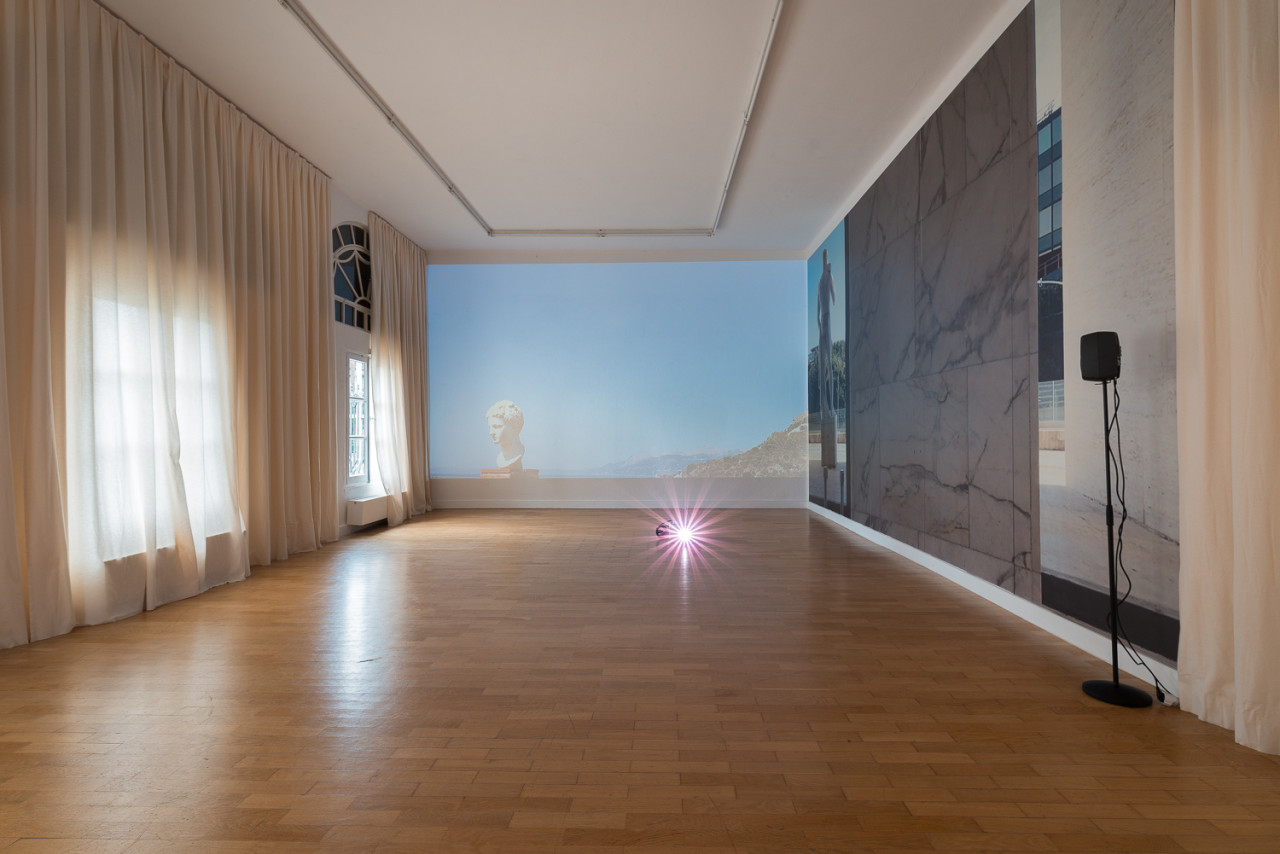 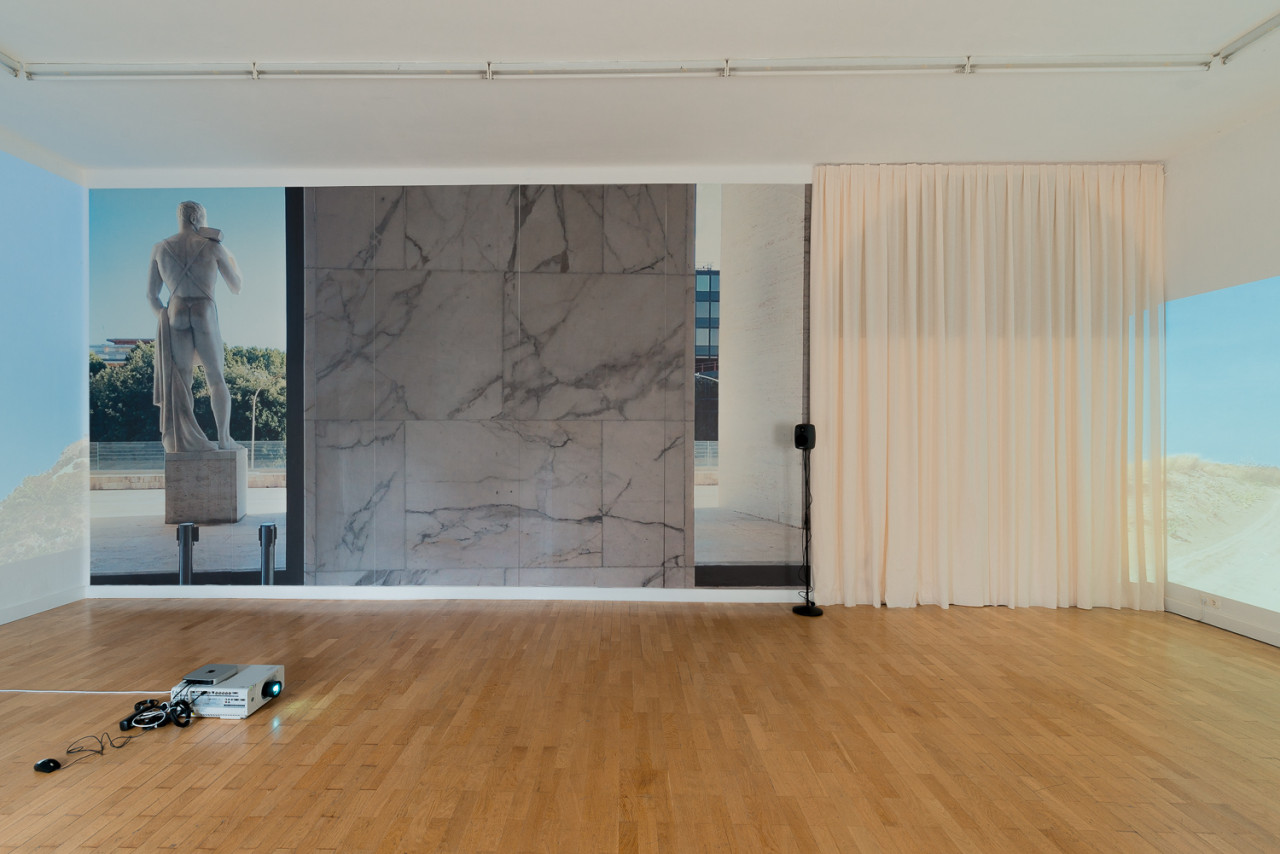 The solo exhibition You can just reach for me of the Swiss artist Hannah Weinberger presents video and sound works specifically developed for the Kunstverein’s Remise as well as a performance which unfolds over the exhibition’s duration: musicians from Braunschweig will perform unannounced in the Kunstverein’s front courtyard, creating an acoustic backdrop. Street, concert, and hobby musicians have all been invited to perform and improvise in their own styles. This method of collaboration and participation can often be found in Hannah Weinberger’s artistic work. Here the artist is interested in relinquishing control and moving beyond hierarchical working structures: Whereas she was usually present in her earlier performances, cooperating together with a network of friends and colleagues, she has composed a mood score for the work in Braunschweig. Consisting mostly of adjectives, this atmospheric score serves as both an introduction to and connective element between the various musical contributions. Starting with the idea of street music being a practice of musical and social exchange in public space, Hannah Weinberg produces an analog counterpart to digital platforms like Youtube, iTunes, and Spotify.

In her site-specific installations, Hannah Weinberger brings together video, sound, and performance in order to create immersive processual spaces which conceptually integrate the viewer. The visual and aural layers of her work are mostly drawn from her archive of field recordings. Bustling squares, neon signs, underwater worlds in aquariums, public museums, architectural details, footage from train windows, an accordionist on the sidewalk, a park—these are the images and sounds that Hannah Weinberger records in various cities. The settings are non-places like airports, train stations, city centers, and zoo facilities; the scenes, familiar everyday moments whose omnipresence have made them almost interchangeable. Together they produce a unique space between public and private spheres: On one hand, the images and sounds seem as arbitrary as stock photos or presets—prefabricated images or preinstalled musical settings which are used for commercial purposes and often serve as emotional placeholders. On the other hand, they exude a high degree of familiarity and evoke subjective experiences and memories. Hannah Weinberger deliberately eschews chronological narration in her works and instead prefers to edit her footage together asynchronously in order to evoke highly individual associations from viewers, activating both individual and collective visual memory in the process. The non-linear relationships between memory, images, and time in a mediatized society are what interest the artist. Through adding supplementary layers of sound—like recordings from the urban landscape and the artist’s improvised singing—Weinberger strengthens the effects of the original images and gives them new, and at times even irritating, significance. 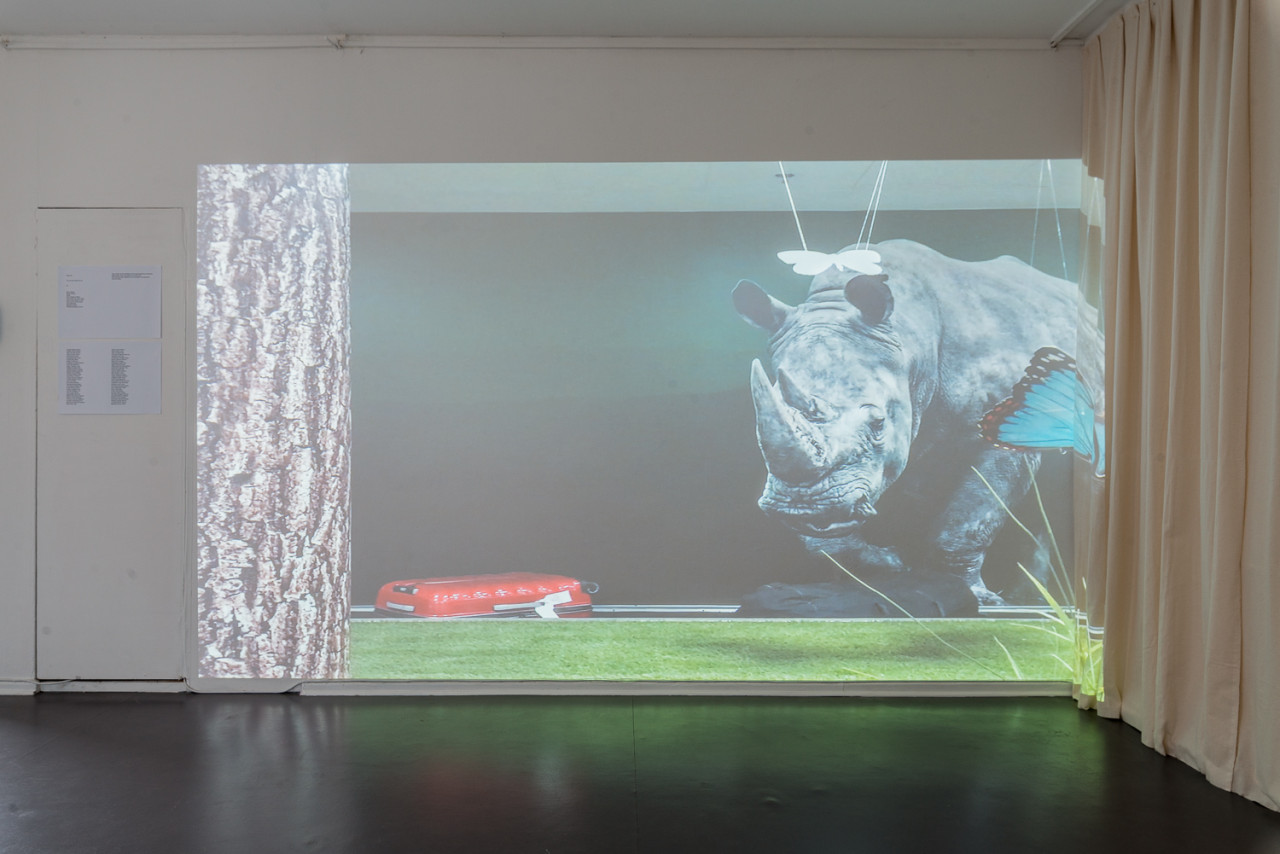 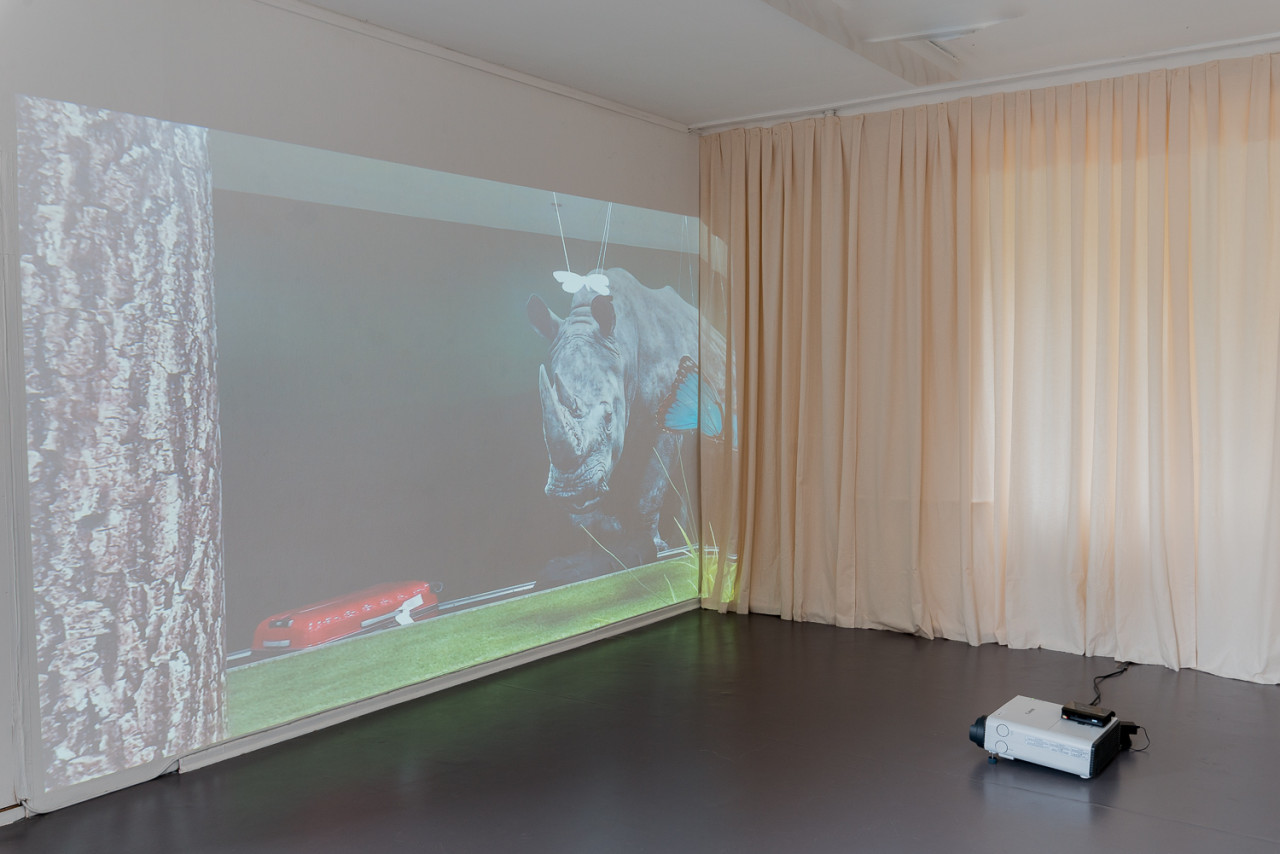 Since the rooms in the Remise are only partly darkened by white curtains, the view both inward and outward remains partly preserved and changes according to the natural lighting situation. The courtyard and the interior are to be taken as a whole, much like the various elements of the installation which are brought together into a single work. You can just reach for me—both the title of the exhibition and the work itself—reads like an unredeemable promise in a society where virtual communication is ever faster and omnipresent but also more noncommittal and fragmentary as a result.

As part of the exhibition, there will also be a publication in which a virtual dialogue between Hannah Weinberger, Nikola Dietrich, Scott Cameron Weaver, Tenzing Barshee, and Miriam Bettin will address issues surrounding contemporary communication, friendship, and network society. 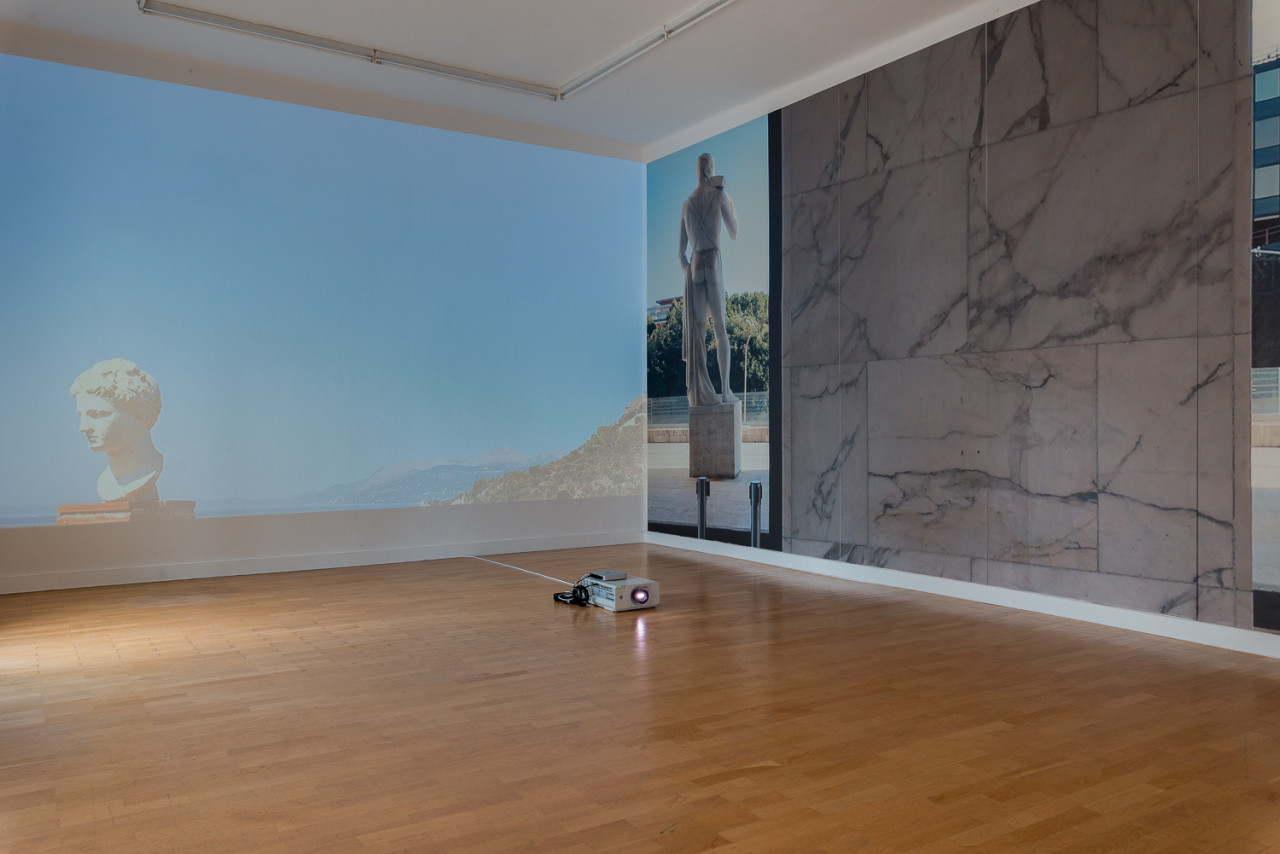 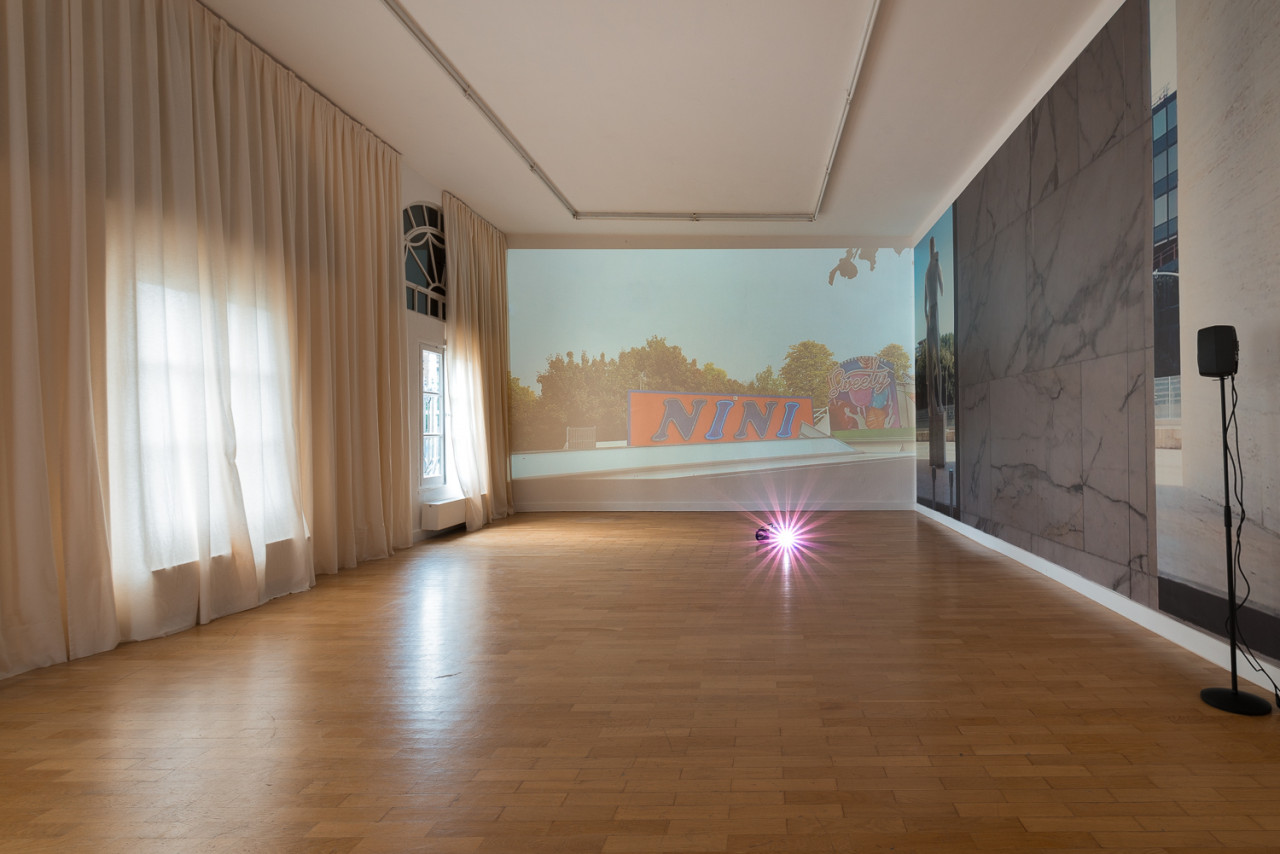