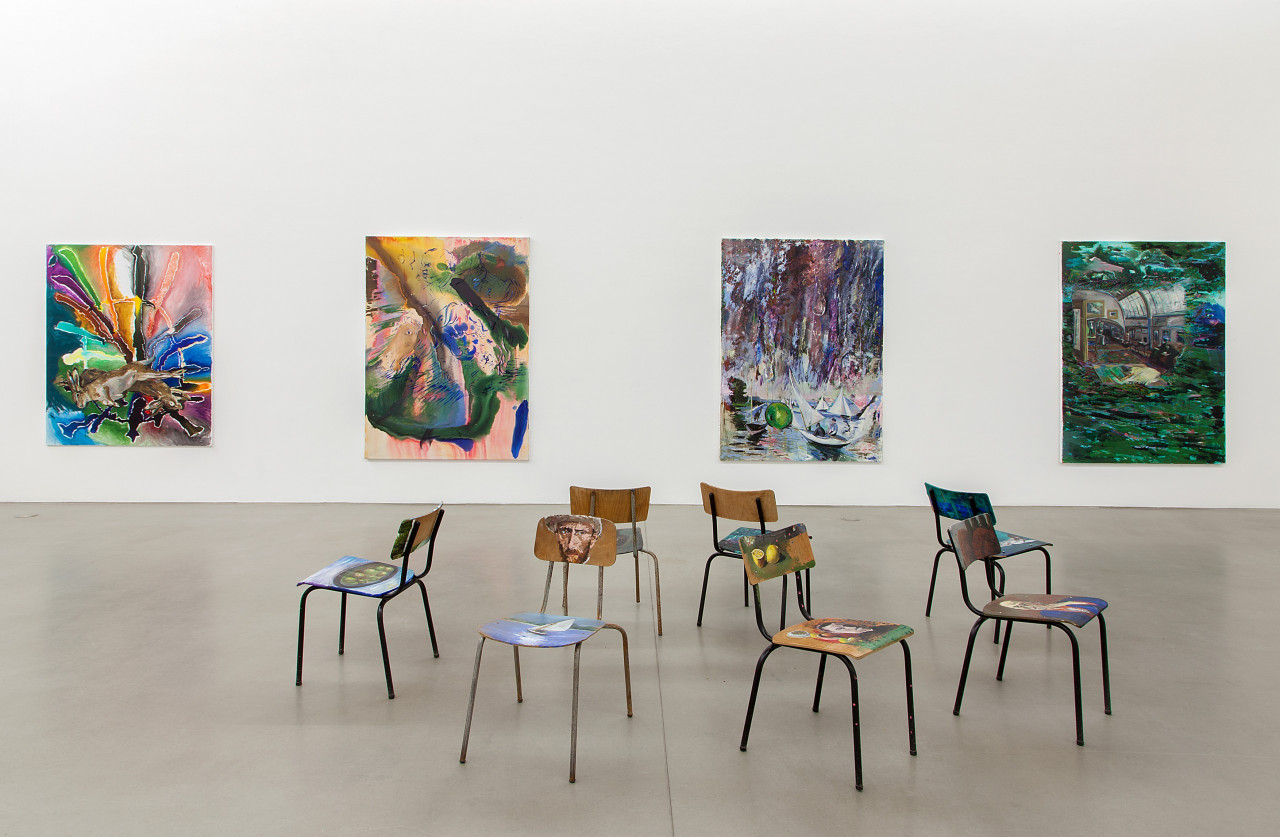 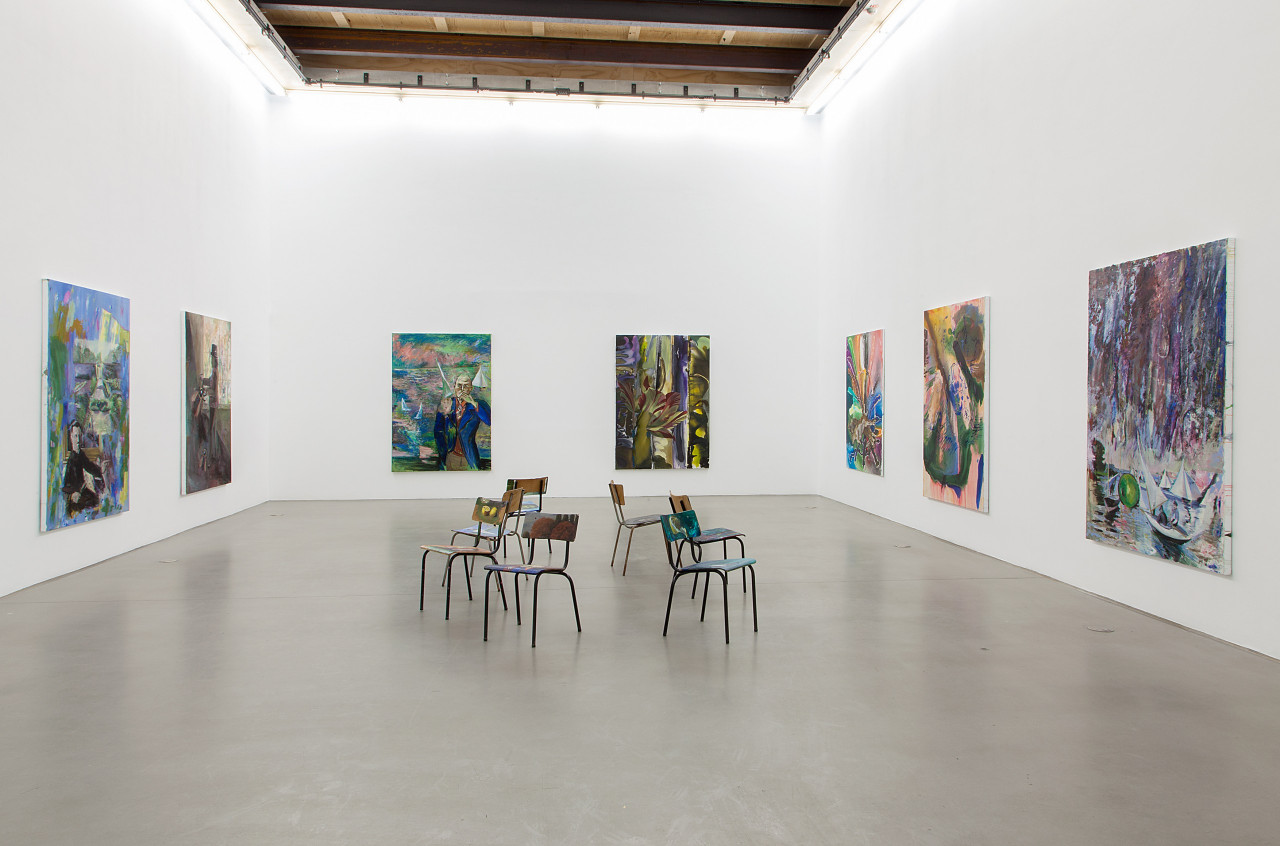 Portikus is presenting an exhibition by Amelie von Wulffen, showing recent paintings, a slideshow of her latest comic, and a group of painted chairs. It has only happened on rare occasions that this variety of media, which is deeply rooted in von Wulffen’s practice, has been exhibited in this way. This way, the exhibition becomes somewhat of a prototype for the different genres in which the artist operates.
The main gallery space introduces a group of new paintings. Mainly large canvases in cool blue hues, they portray teetering sailing boats, traditional interiors, still lifes of fruit, carcasses, flowers, and the great European painters of the 19th and 20th century, the wake of modernity: Gustave Caillebotte, Max Beckmann, Goya, van Gogh.

Von Wulffen spent the past couple of years returning to books, studying illustrations of French, Dutch, and German paintings from this era. Apart from amateur techniques such as batik, silk painting, dipping lacquer, appliqués (like sand or seashells), or the quick spatula technique, which can be associated with current times, there is nothing in these paintings that actually depicts the contemporary world. However, Amelie von Wulffen does not me- rely reference specific historical art works, or create a persiflage of the history of painting. This history effectively becomes an intricate fragment within her own artistic work. In recreating self-portraits of painters standing in for the canon of modern art history, she enters into the intricacies inherent in the act of these artists painting themselves. It relates to a deep admiration for their work and an intimate fascination with the way they see themselves as painters and as individuals – something that occurs in her own work since the early beginnings.

This kind of introspection becomes clearly visible in the comics the artist produces. Her most recent comic, on view as a slideshow in the upper gallery, seemingly depicts Amelie von Wulffen’s own life. It stands in for a parody of the contemporary, female, mid- career artist. The different chapters of the comic show humorous as well as macabre glimpses of frustration, fear, insecurity, and jealousy, offering a psychological tour de force through the life of an artist working today. Seemingly banal worries such as no one turning up to her exhibition opening, the young generation not appreciating her work, having a poor internet presence, or being seated at the wrong table during dinner, are realities that seem to have an entirely different weight in the art world than anywhere else. By addressing her own anxieties, von Wulffen nakedly exposes the neuroses of an entire industry. Shifting between the dismal and the comical, her own existence stands in for that of others. Intriguingly, the paintings remain studies while the comic as well as the painted chairs become the “finished work”, hinting at von Wulffen’s ongoing examination of the realm of painting.
By taking a seat on one of her customized chairs, viewers are able to delve into the artist’s dilemmas, finding themselves in the middle of a reckless negotiation with their own insecurities. 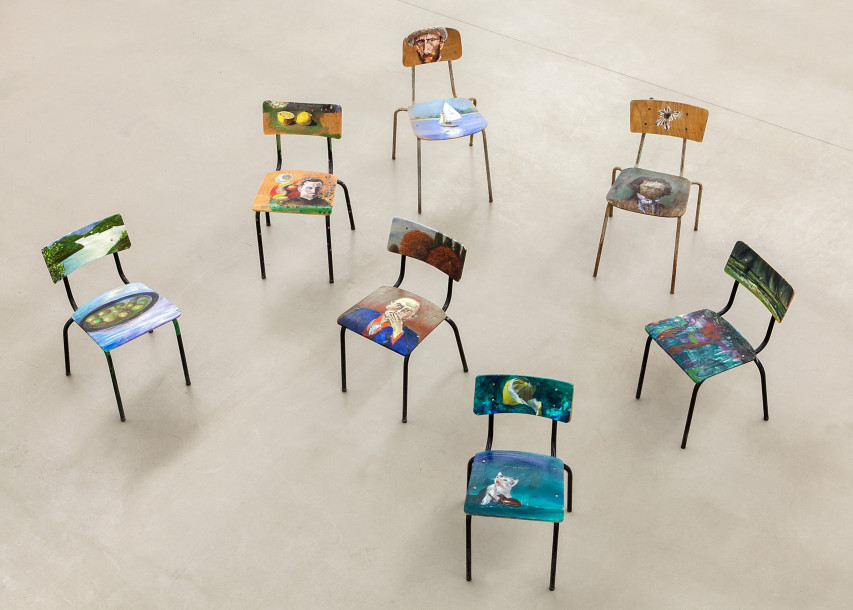 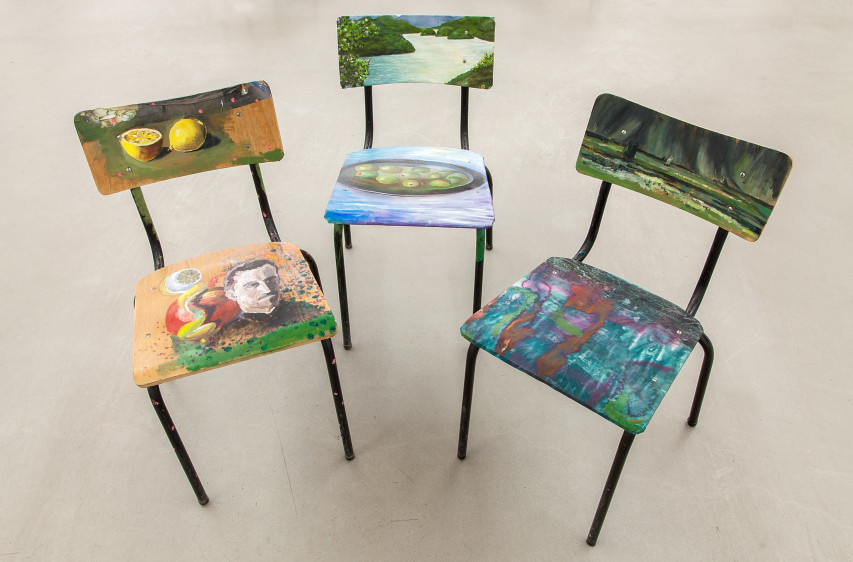 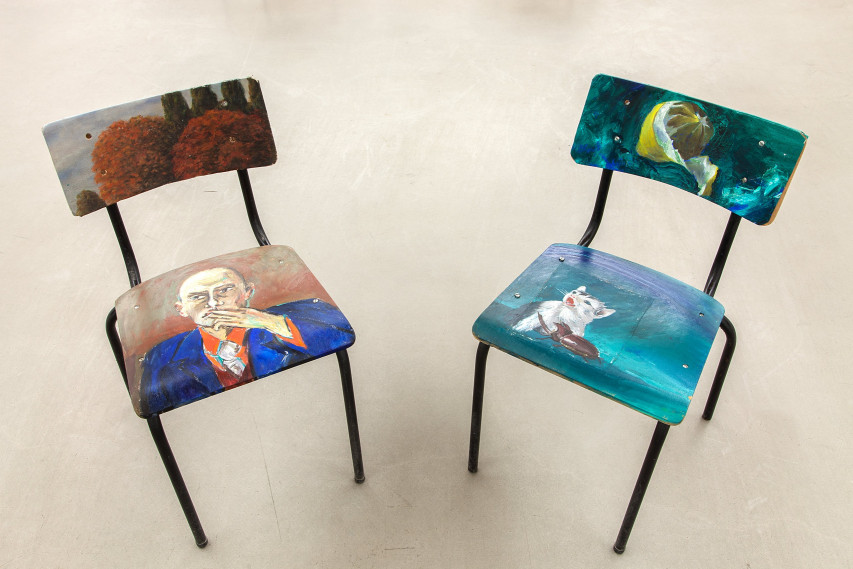 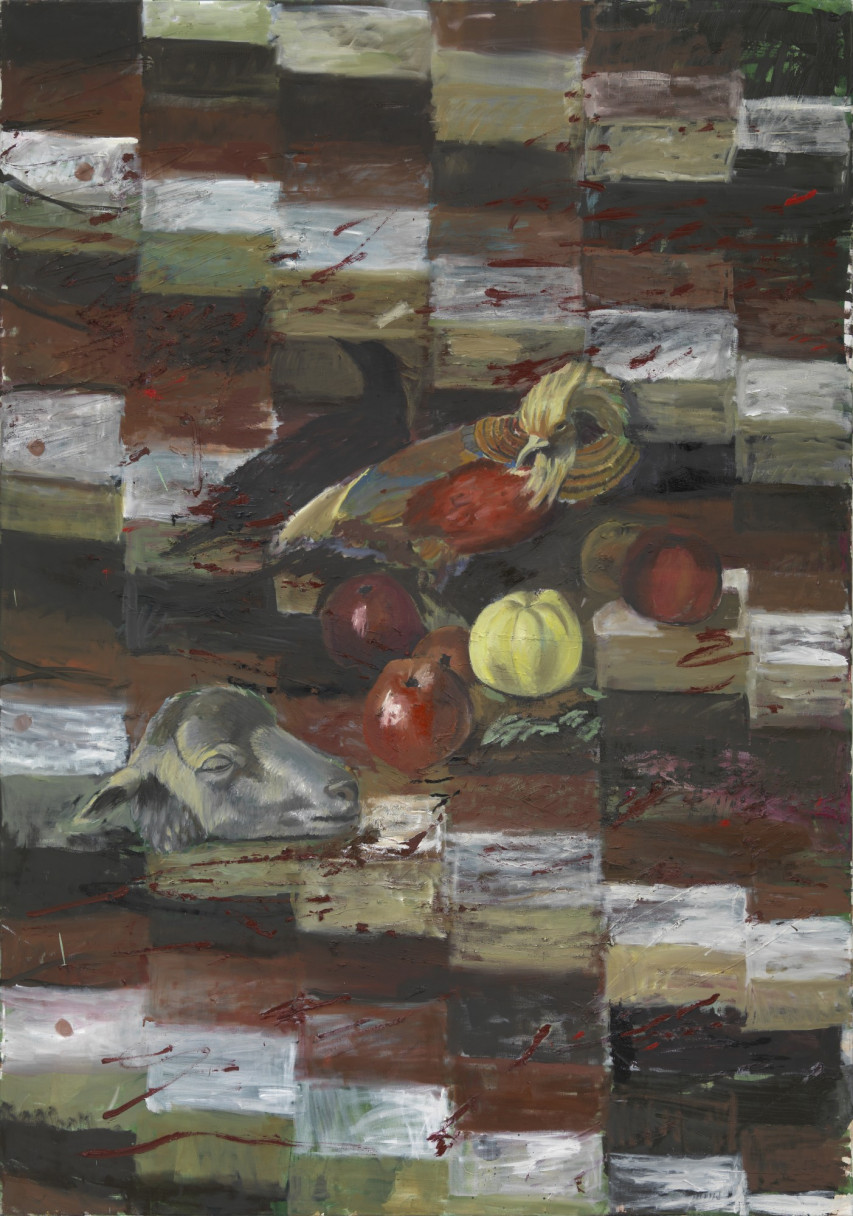 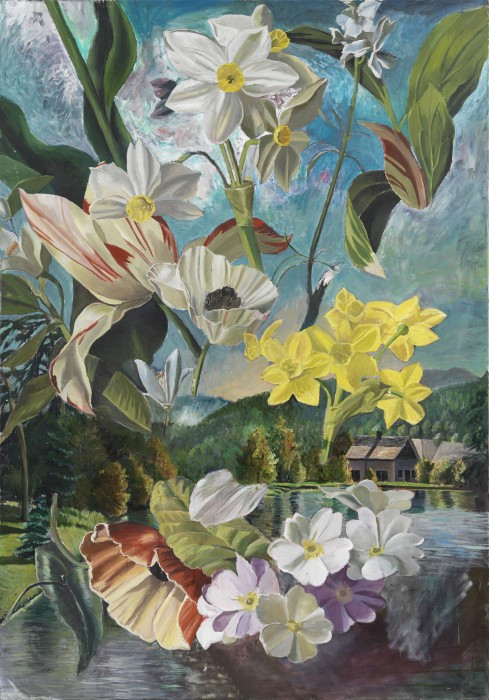 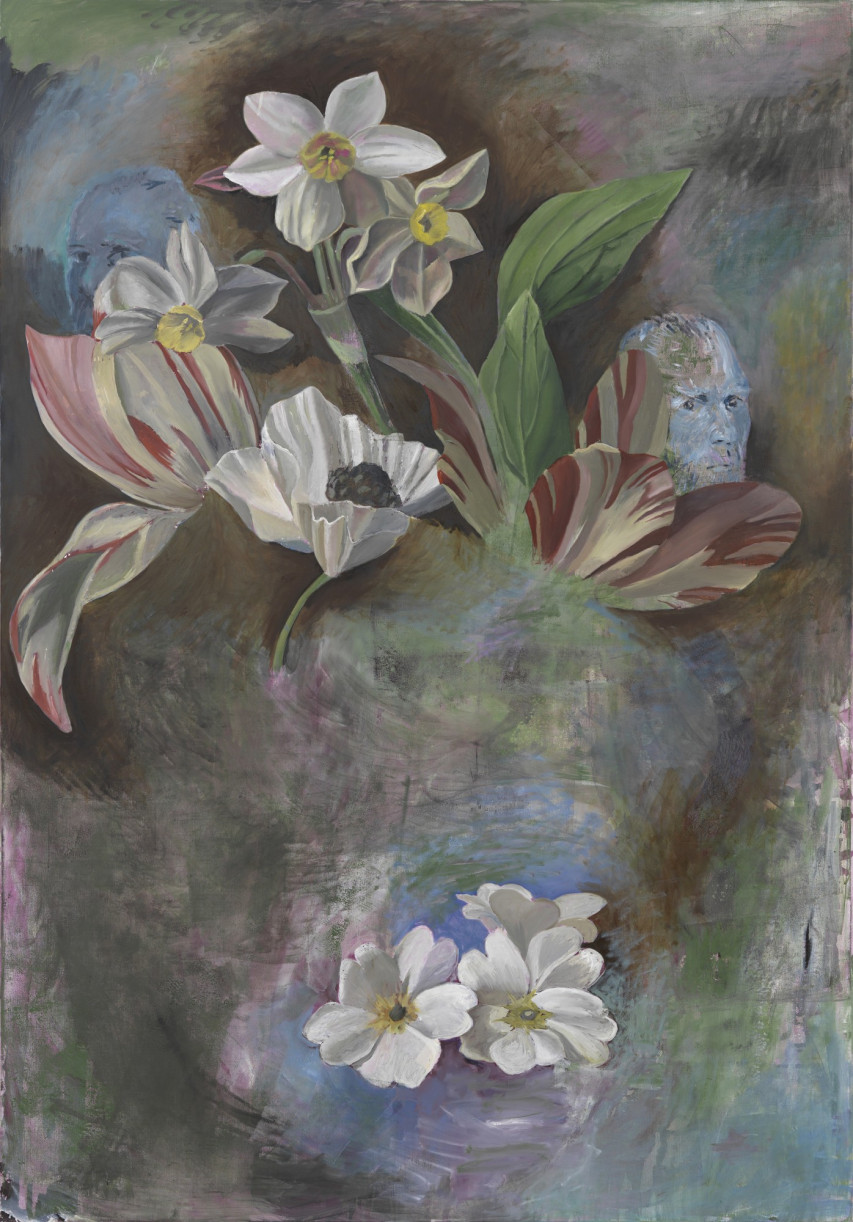 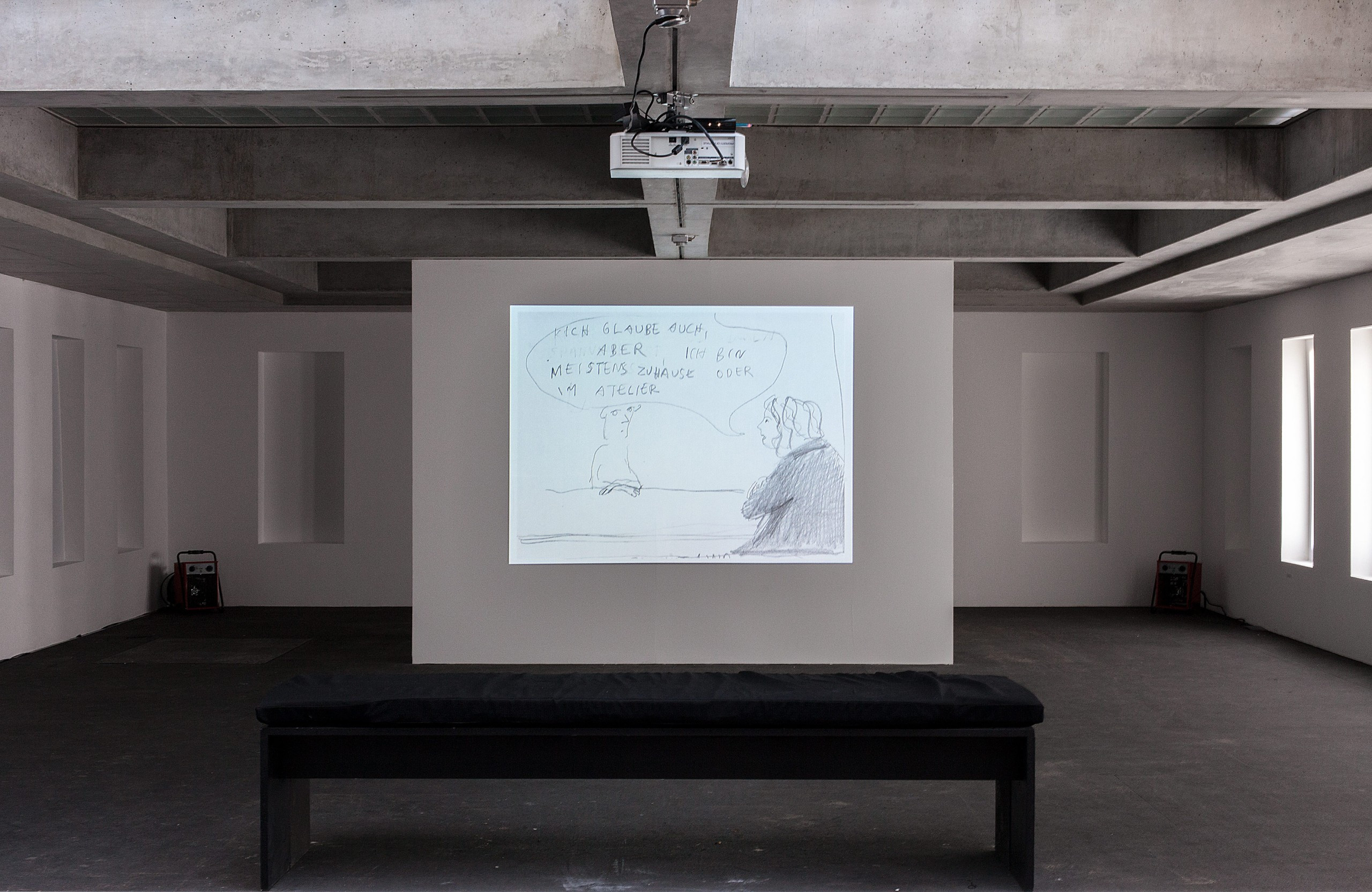